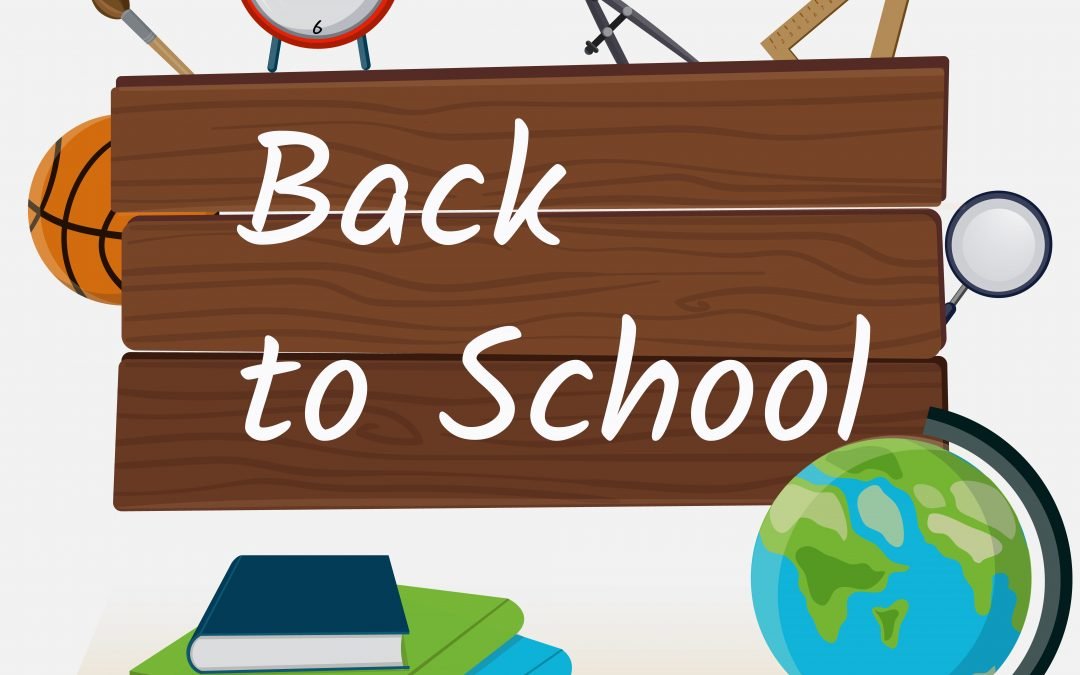 As you start preparing your kids for the new school year, make sure that you are getting back to the nutritional routines that held everyone together during the previous school year. Along with school supplies and some new clothes, consider adding these three important nutrients to your nutritional regimens: 1) omega-3s (EPA/DHA), 2) vitamin D and 3) the carotenoids lutein and zeaxanthin.

What do all of these nutrients have in common? Most people don’t get enough of them because their diets don’t provide sufficient amounts to reap their protective benefits.

Not All Omega-3s Are Created Equal

Omega-3s, specifically the ones known as EPA and DHA, which come from marine sources like salmon and herring, are universally important nutrients. Everyone at every age needs them to keep their cells primed and ready, so the body can run like a well-oiled machine.

But consider this: Unless you are consuming two-three servings of fatty fish per week, you are not getting enough omega-3s. So how much is enough to provide the protective benefits omega-3s offer? In theory, most people should aim for between 250-500 mg of EPA/DHA per day, although some health authorities in other parts of the world (i.e. Australia and Japan) recommend at least 1000 mg, especially if you are taking them for a specific health issue.

Take a look at this comprehensive list of omega-3 recommendations.

Sometimes people also talk about ALA (alpha-linolenic acid), which is largely a plant based omega-3 that converts to EPA and DHA. Unfortunately this conversion process is extremely inefficient, so most experts recommend the consumption of EPA and DHA directly either from fatty fish or omega-3 supplements that contain EPA and DHA. We’ve talked about the differences between ALA and EPA and DHA in a previous blog.

A May 2016 study showed that global levels of the omega-3s EPA and DHA in the blood are dangerously low. While a target Omega-3 Index of 8-12% is optimal, most people hover around 6% or below. Optimal levels of these nutrients in the blood positively correlatewith a significantly reduced risk of a whole host of health issues, such as heart disease, Alzheimer’s, eye disease, and much more.

Check out this BLOG we wrote about the few places in the world that actually have adequate levels of omega-3s – chances are you don’t live there.

But what if you have allergies to seafood or just plain don’t like it? Or what if you are a vegetarian or vegan and don’t consider fish part of your diet? Then taking supplements might be an option for you. Just make sure that at the very least you are consuming supplements that contain, not just omega-3s, but the specific omega-3s EPA and DHA, and in the range of 250-500 mg per day.

Remember, omega-3s can only do their job if they stay in your system for a while. In other words, eating a couple salmon meals per week or taking a fistful of omega-3 supplements will do nothing in the short term. It is the long-term intake of omega-3s that will have a profound impact on your blood levels of these nutrients.

Only after a period of three months or longer will you actually see a difference in the omega-3 changes you make. And the only way to know if you’ve made a difference is if you test your omega-3 levels using the Omega-3 Index test.

Switching gears to another universally important nutrient, vitamin D has received an incredible amount of attention during the last decade on the back of ongoing research attesting to its important role not just in bone health, but other major health issues as well. 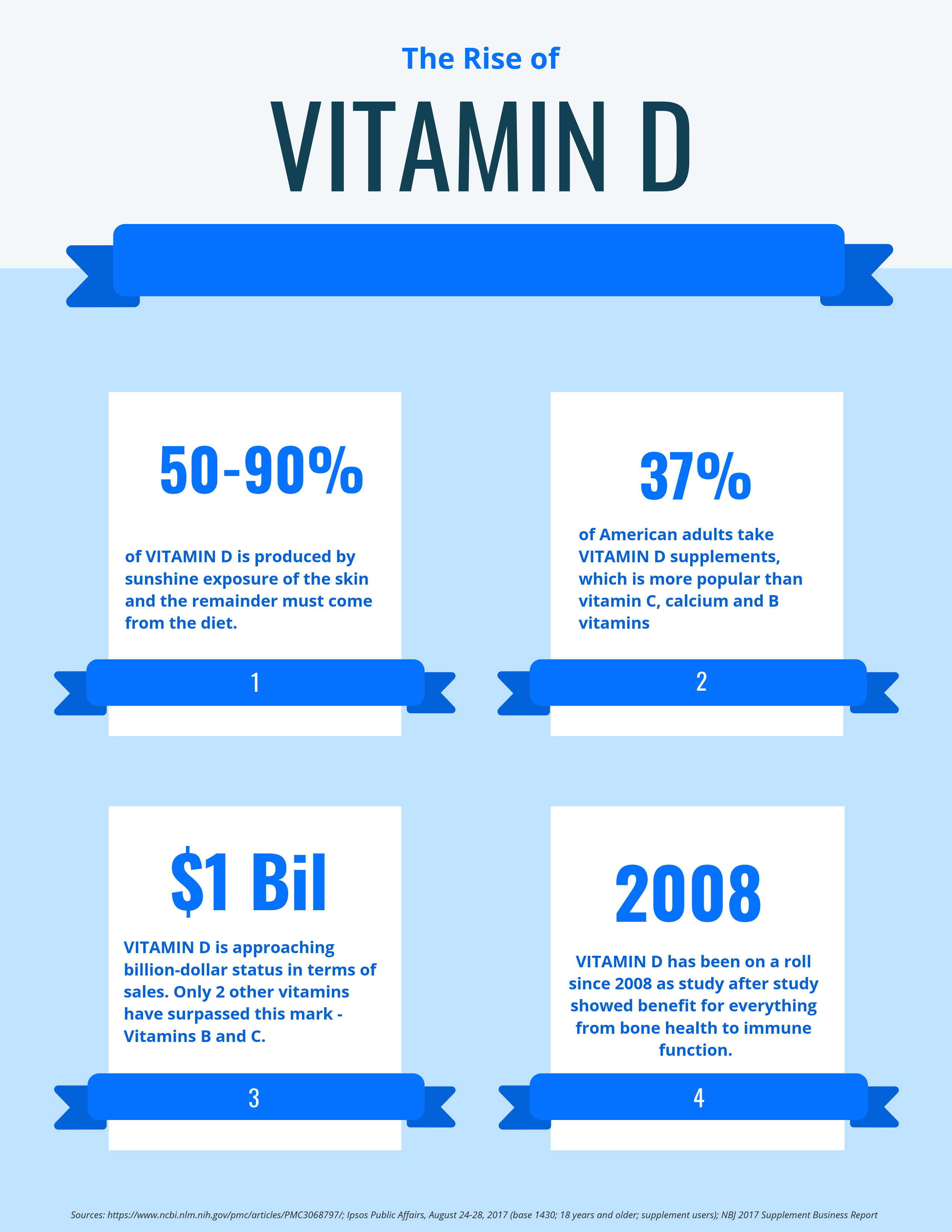 A 2013 review of vitamin D research noted that the possibility of its effects outside bone health was first noted with the discovery of the vitamin D receptor (VDR) in tissues and cells that are not involved in maintaining bone health, including skin, placenta, pancreas, breast, prostate and colon cancer cells, and activated T cells.

The National Institutes of Health describes vitamin D as a fat-soluble vitamin that is naturally present in very few foods, added to others, and available as a dietary supplement. It is also endogenously produced when ultraviolet rays from sunlight strike the skin and trigger vitamin D synthesis.

So as most of us head into the shorter days of fall and winter, which means less sunlight, it is important to make sure that you’re getting the proper amount of vitamin D.

Most recently, the Institute of Medicine increased the recommended dietary allowance (RDA) of vitamin D to 600 international units (IU) for everyone ages 1-70, and raised it to 800 IU for adults older than age 70 to optimize bone health. The safe upper limit was also raised to 4000 IU. However, doctors may prescribe more than 4000 IU to correct a vitamin D deficiency.

A vitamin D test is a simple blood test that can assess your level. The normal range most people need in order to avoid deficiency is around 20 nanograms/milliliter (ng/mL). However, some experts recommend 50 ng/mL to provide protective benefits and prevent disease.

In fact, the Vitamin D Council’s reference ranges are:

The symptoms of vitamin D deficiency include muscle weakness, but other symptoms are subtler. According to WebMD, low blood levels of the vitamin have been associated with the following:

The causes for deficiency can occur for several reasons, but one of the leading causes is lack of dietary intake. Similar to omega-3s, if you are vegan, your diet doesn’t allow for the consumption of many vitamin-D-rich sources like fish, egg yolks, milk and beef.

Want to know if you are getting enough Vitamin D? Learn more HERE.

Lutein for Eye Health in the Digital Age

Lutein is another key nutrient that offers a host of different benefits for all age groups. Lutein is a carotenoid vitamin, which can be found in leafy greens like kale, corn, orange peppers, squash and egg yolks.

Using their potent antioxidant power, lutein and zeaxanthin filter high-energy blue light, which comes from both the sun and in recent times digital devices like smartphones, laptops, tablets, and even LED lights. According to LuteinForEveryAge.com, high-energy blue light penetrates deep into the eye and directly impacts the macula – the area of the eye responsible for visual sharpness. High-energy blue light can also lead to digital eye fatigue, while long-term cumulative effects can lead to a progressive loss of visual function.

So considering that more than nine out of 10 schools now use computers, a 6% increase since 2003, it might be time to help kids fortify their diets with a sufficient amount of lutein and zeaxanthin to help protect their eyes from short and long-term damage.

The bad news clearly is we don’t get enough of these nutrients from the diet. But the good news is that the solution for being low in any of these nutrients is to consume more from the foods that supply them or, as a back-up plan, take them in dietary supplement form.

But more is not always better, which is why it is ideal to test your level or follow the advice of your doctor, so you know how any dietary adjustments you are making are truly impacting your health.