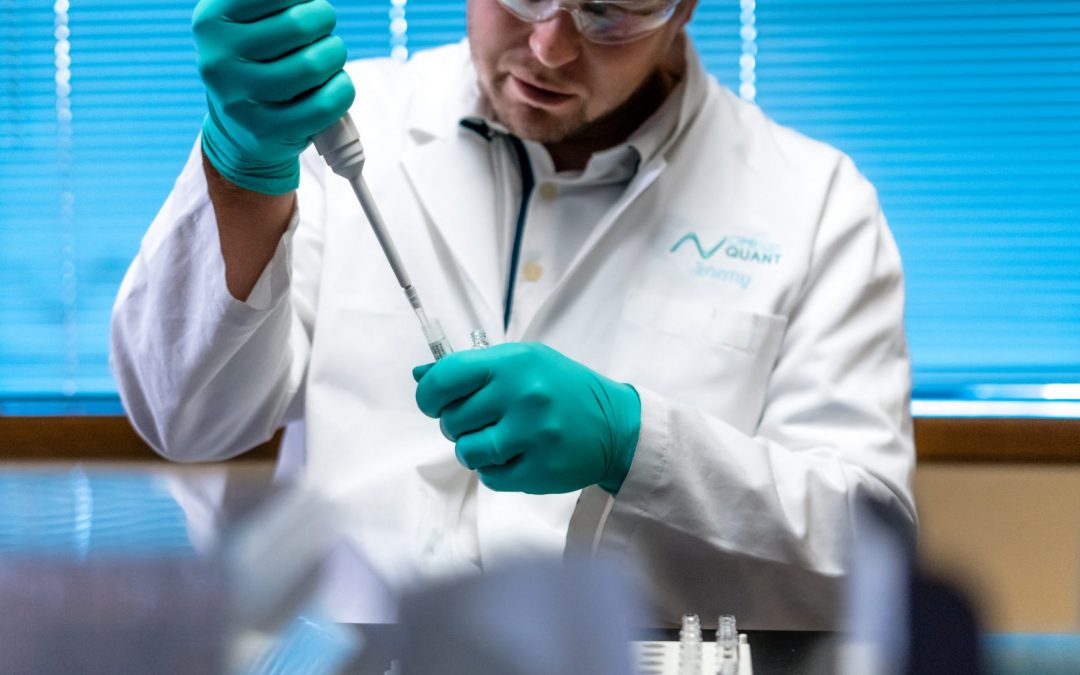 Last week we discussed how the Omega-3 Index was invented by OmegaQuant’s Dr. Bill Harris and his colleague Dr. Clemens von Schacky. This week we are focusing on what sets the Omega-3 Index test apart from other omega-3 blood tests.

First and foremost, the Omega-3 Index test from OmegaQuant is the only omega-3 blood test supported by hundreds of studies in the medical and scientific literature. What this means is that you can have confidence that the test you are taking has meaning when it comes to your health. And if that’s not enough, OmegaQuant has partnered with more than 100 research institutions to continue to build the evidence behind the Omega-3 Index as a biomarker for omega-3 status.

Whole blood is generally composed of two general compartments — fluid, call it plasma or serum, and the other is cells, primarily red blood cells. There are some white blood cells present as well, and platelets which help with blood clotting, but they account for about 1% or less of the total blood volume. The Omega-3 Index measures the amount of EPA and DHA omega-3s in red blood cells, while most other omega-3 tests look at fatty acid levels in plasma.

The ratio of these two primary components — plasma and red blood cells — is roughly 60/40. But how well do the omega-3 levels in red cells compare to the omega-3 levels in plasma? This is a question Dr. Harris and his colleagues spent a considerable amount of time trying to answer in developing the Omega-3 Index test.

VIDEO: The Omega-3 Index from OmegaQuant has been Evaluated by FDA

The reason Dr. Harris was asking this question was because there were other researchers reporting omega-3 levels in populations using plasma or plasma phospholipid levels, which is a subset of lipids in the plasma. What wasn’t known was how well that correlated with fatty acid levels in red blood cells.

So Dr. Harris and his colleagues looked plasma phospholipid EPA and DHA levels in about 100 samples and found them to correlate very nicely with the red cell Omega-3 Index. The higher one is, the higher the other. And if you look at plasma EPA and DHA levels, it is still a nice correlation, but it’s a little more curvilinear, since it’s a different relationship in plasma than it is with plasma phospholipids. In either case, Dr. Harris and colleagues were able to use an equation to translate a plasma level or a plasma phospholipid level back to a red blood cell level.

Therefore, when you get a high level of omega-3 in the plasma or in the plasma phospholipids in studies, and the investigators find that that high level is related to reduced risk for disease, for example, we can be sure that if they had measured the red blood cell omega-3 level, they’d have reached the same conclusion. It’s just they didn’t choose to measure the red cell, because typically people throw red blood cells away.

Why is the Omega-3 Index Superior to a Plasma Omega-3 Level?

Another good reason to look at red blood cells as opposed to plasma EPA and DHA levels is because of what’s called within-person variability, or biological variability. A simpler way of thinking about this that a plasma omega-3 level can create a bit of noise whereas the Omega-3 Index is more straightforward, less complicated.

It is important to note that with a blood test, especially in the medical setting, you want results that reflect what your normal situation is. You are not looking for results that only give you information for the moment of the blood draw and then they change the next day to something different. That isn’t very helpful. You want to have confidence that the level you’re measuring reflects the usual situation.

BLOG: Can Your Calculate How Much Omega-3 You Need?

In one study, Dr. Harris and colleagues did a blood draw with 20 volunteers once a week for six weeks. The participants were told not to change anything in their lives and to just keep living normally. Then they measured the amount of EPA and DHA in the plasma and the red blood cells.

When Dr. Harris and his colleagues looked at the variability, it was very low — plus or minus 4% in the red blood cell over six weeks. In plasma, the variability was 16%. In other words, the biological variability of EPA and DHA in red cells is four times lower than it is in plasma, which confirms it is a more stable marker of omega-3 status.

For perspective, let’s talk about another marker for cardiovascular health that’s quite common — HSCRP, or high sensitivity C-reactive protein. Researchers measured this marker in two exams, 19 days apart, with more than 500 people. It showed 46% variability, which means it is much more volatile than the Omega-3 Index in either plasma or red blood cells, which gives you a good indication that 4% variability is a very good, very stable biomarker.

As we mentioned in last week’s blog, Drs. Harris and von Schacky initially decided on the use of the red blood cell as the Omega-3 Index marker with the assumption that the red blood cell reflected the omega-3 levels of other tissues.

They therefore performed a study in heart transplant patients, and were able to get a small piece of heart tissue from around 20 of these patients. They then measured their omega-3 EPA and DHA levels in both their red blood cells and in living heart tissue and found a very nice correlation. The higher the omega-3 level in the red blood cell, the higher the level in the heart. This gave them confidence that measuring omega-3 levels in red cells really does correlate with the level found in heart tissue.

VIDEO: Not All Labs Measuring the ‘Omega-3 Index’ Are Created Equal

How else do you know if a biomarker that you’re measuring is valid? If it’s a biomarker of a nutritional factor, a dietary factor, the more you eat of that factor (i.e. omega-3 fatty acids), the more there should be in your blood. If that doesn’t prove to be the case, then the biomarker you’re measuring in the blood may not be a very good reflection of what’s actually coming in.

Dr. Harris has done many studies on this, but the one referenced below is one of the clearest. This is a dose response study, in which groups of people were assigned five different doses of omega-3s (EPA +DHA) through fish oil supplements, with a little over 20 people in each group. One group received a placebo while the other groups received either 300, 600, 900, and 1800 milligrams of EPA and DHA a day. So, four different omega-3 doses and a placebo. 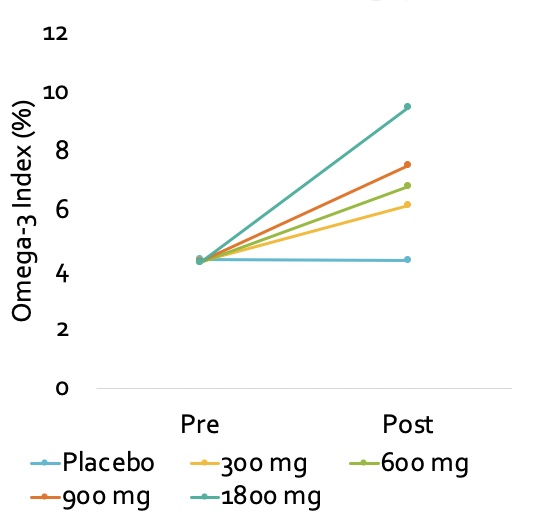 Dr. Harris and his colleagues measured their Omega-3 index, then gave them fish oil capsules for five months, and took another measurement at the end of that period. The placebo group didn’t change in any significant way, appropriately. But, each increase in omega-3 dose progressively raised the Omega-3 index.

It’s very clear from this dose response study that the more omega-3 you’re taking on an ongoing basis, the more your Omega-3 Index will go up. And we already know that the Omega-3 Index in our red blood cells reflects that of your other tissues. So, we have a good level of comfort then that the Omega 3 status of a person is well reflected by the Omega 3 index.

Say your doctor recommends that you increase your omega-3 intake before your next visit in 3 months and you only remember some of the time. Can you take a ton of omega-3 the night before a blood test to raise your Omega-3 Index? If it’s a plasma-based omega-3 test, then you will see a percent increase in your level, but it is an artificial reflection of your status.

The Omega-3 Index on the other hand will reflect your window of omega-3 intake over a 3-4 month period. So loading up the night before a test to ensure you get a good Omega-3 Index just isn’t possible given that it is a long-term, stable marker of omega-3 status, similar to what HbA1c is for blood sugar.

BLOG: Back Where It All Began: How the Greenland Eskimos Put Omega-3s on the Map

To test this issue, Dr. Harris and his colleagues conducted an experiment. They wanted to know how sensitive or insensitive the Omega-3 Index was to an acute load of EPA and DHA. So they recruited 20 volunteers and gave them a single dose in the morning at time zero. The omega-3 product they gave was Lovaza, containing a total 3.4 grams of EPA and DHA. They also gave them breakfast to help the dose be absorbed. Then, they took blood samples 2, 4, 6, 8 and 24 hours later, and measured the omega-3 content.

In plasma, taking the acute dose of Lovaza raised omega-3 levels about 30% above baseline. However, it did not affect the Omega-3 Index in the red blood cell level at all, which is exactly what you want. You don’t want your red blood cells or the test you’re doing to reflect just an acute load. You want it to be resistant to that. You want the test you’re doing to reflect the average omega-3 level over many, many days or months. And so, the red blood cells certainly work much better in being resistant to a false elevation by an acute load of omega-3. That’s why the Omega-3 Index is a superior metric for establishing omega-3 status. 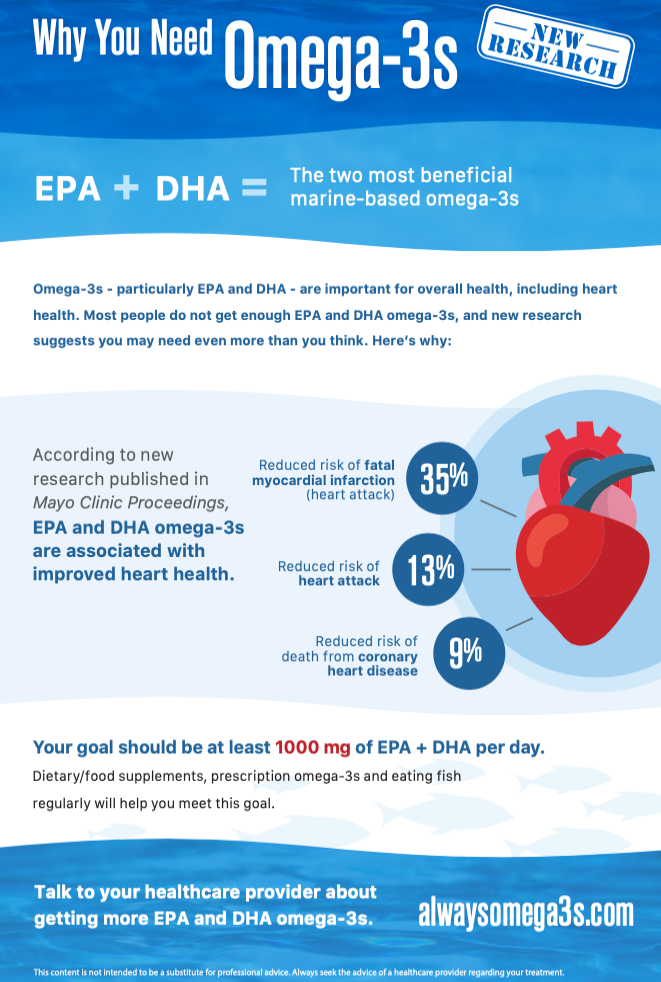