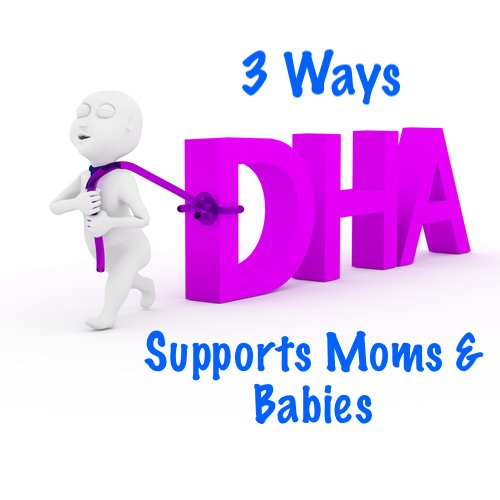 Pregnancy is both an exciting and sometimes daunting time when it comes to navigating its many “do’s” and “don’ts.” From how much exercise is safe (for most pregnant women at least 30 minutes of moderate exercise is recommended 5-7 days a week) to figuring out which foods could be harmful (skip the cold cuts as they can contain listeria and be sure to avoid fishes that are high in mercury like shark, tilefish, swordfish and king mackerel), pregnancy nutrition and overall wellness is essential to a healthy mother and baby.

Pregnant women need extra vitamins, minerals and nutrients to support their baby’s growth and development. According to The American College of Obstetricians and Gynecologists, moms-to-be should up their calcium intake to support the development of baby’s bones and teeth, and be sure they are getting extra iron in order to supply their baby with enough oxygen.

It’s also recommended that expectant mothers take 600 micrograms daily of folic acid, a B vitamin crucial in preventing birth defects in the baby’s brain and spinal cord, and increase their doses of vitamins A, B12 and D.

As with folic acid, it’s a good idea to start taking a high quality omega-3 fish oil supplement around six months before conception, to allow the body to build up its stores of the essential fatty acids EPA, and especially DHA. These will prove extremely important for both mom and baby.

Omega-3 fatty acids are essential to health throughout our entire lifespan, much like certain vitamins and minerals. “Omega-3s are a specific type of fat that our body needs but cannot make,” says Melinda Johnson, RD, a spokesperson for the American Dietetic Association.

During pregnancy through breastfeeding, our need for omega-3s increases even more, as they provide crucial support to the development of baby’s brain, nervous system, and eyes. They are also key when it comes to helping prevent preterm labor, supporting a healthy birth weight, and might be beneficial for postpartum mood in mothers.

Research indicates that the two most beneficial omega-3s are EPA (eicosapentaenoic acid) and DHA (docosahexaenoic acid), which are found in cold-water fish such as salmon, mackerel, tuna and sardines.

However, because many fatty fish are also high in mercury, it is advised that pregnant women not consume fish on a daily basis (the FDA recommends at least 8 ounces and up to 12 ounces, which is about 2-3 servings, per week) and take a fish oil supplement that is high in DHA. While both EPA and DHA are important, the latter is particularly important throughout pregnancy and during the early stages of an infant’s life.

DHA has long been identified as a key component for good health, and is often recognized for its importance in supporting healthy brain and visual development in infants and children. Guidelines from the World Health Organization (WHO) recommend that pregnant and nursing women consume an average of 300mg per day or more of DHA, either by eating fish or taking an omega-3 supplement.

Throughout a pregnancy DHA is transferred from mother to baby—especially in the third trimester when the largest amount of brain development takes place. A baby must get enough DHA from the mother to ensure optimal brain, eye, and nervous system development.

Studies show that getting enough DHA during pregnancy can improve behavior, attention, and learning in children. According to researchers at the University of Kansas, infants born to mothers with higher blood levels of DHA at delivery had advanced attention spans (which are considered early indictors of intelligence) well into their second year of life. During the first 6 months, these infants were 2 months ahead of babies whose mothers had lower DHA levels.

Therefore, taking DHA pre-conception is crucial in building up a woman’s reserves so that she will have sufficient amounts to share with her baby. “During pregnancy and lactation, your baby is constantly draining your body’s DHA stores for their own brain development, so it’s important to keep your DHA intake and blood levels up both during and after pregnancy”, says Kristina Harris Jackson, PhD, RD, a Research Associate at OmegaQuant Analytics.

Once they are born, babies continue to need DHA, which they can receive either though breastmilk or a DHA-enriched formula, as rapid brain growth continues throughout the first two years of life. Breastmilk DHA levels are also closely related to blood DHA levels, both of which at least partially depend on mom’s intake of DHA.

LEARN: 5 Tips To Help You Get Enough Omega-3s Parents Magazine

While the length of most pregnancies is between 38 and 42 weeks, premature babies—those born before the 37-week mark—are at a greater risk for long-term conditions, including problems with their lungs and immune systems, visual and hearing loss, developmental delays and learning difficulties.

“We know premature birth is a critical global health issue, with an estimated 15 million babies born too early each year,” explains Associate Professor Philippa Middleton from Cochrane Pregnancy and Childbirth and the South Australian Health and Medical Research Institute (SAHMRI).

A recent review by Middleton and her team highlights the positive effect of long-chain omega-3 fatty acids—notably DHA—and their role in reducing the risk of premature births. Researchers looked at 70 randomized trials with nearly 20,000 women and found that increasing the daily intake of long-chain omega-3s to between 500 and 1,000 mg while pregnant resulted in a 42% reduction in births before 34 weeks gestation, an 11% reduction in births before 37 weeks gestation and a 10% reduction in low birth weight.

“There are not many options for preventing premature birth, so these findings are very important for pregnant women, babies and the health professionals who care for them,” Philippa says. “We don’t yet fully understand the causes of premature labor, so predicting and preventing early birth has always been a challenge.”

Based on this study and other research, Dr. Jackson recently developed the Prenatal DHA Test, a simple finger prick blood test that lets women monitor their levels of DHA. The target Prenatal DHA target level for pregnant women is at least 5%, primarily based on lowering risk of early preterm birth. Should your level fall below the recommended 5%, you can make adjustments by eating DHA-rich, low-mercury fish or taking DHA a supplement.

There are currently two large-scale studies in the US and Australia that are looking into whether 800-1000 mg of DHA daily taken from early to late pregnancy lowers the risk of preterm birth. Results from Australia are expected this year while the US study will finish in 2021.

While it’s clear that DHA is essential to your baby’s well-being, studies show that women who eat enough fish during pregnancy or supplement with an omega-3 fish oil product can also benefit after giving birth. DHA is known to play a role in the production and transport of the vital mood enhancing hormones dopamine and serotonin.

Therefore, if a mother has an adequate amount in her system, it may help her avoid postpartum depression, which typically occurs in 10-25% of women and is commonly associated with an omega-3 deficiency.

A recent study led by Dr. Michelle Judge of the University of Connecticut School of Nursing followed 52 pregnant women who took either a corn oil placebo pill or a fish oil capsule containing 300 milligrams of DHA for five days a week from the 24th to the 40th week of pregnancy.

Similarly, women in the fish oil group were also less likely to report symptoms related to anxiety and loss of self.

While the study was too small to draw any broad conclusions about fish oil and postpartum depression, Judge says the reduction in depressive symptoms is a good preliminary result— and she’s planning a larger-scale study in the future.

INFOGRAPHIC: 10 Reasons Every Pregnant Woman Should Know Her DHA Level 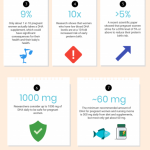