3 Ways Older Adults Can Train Their Brains as They Age 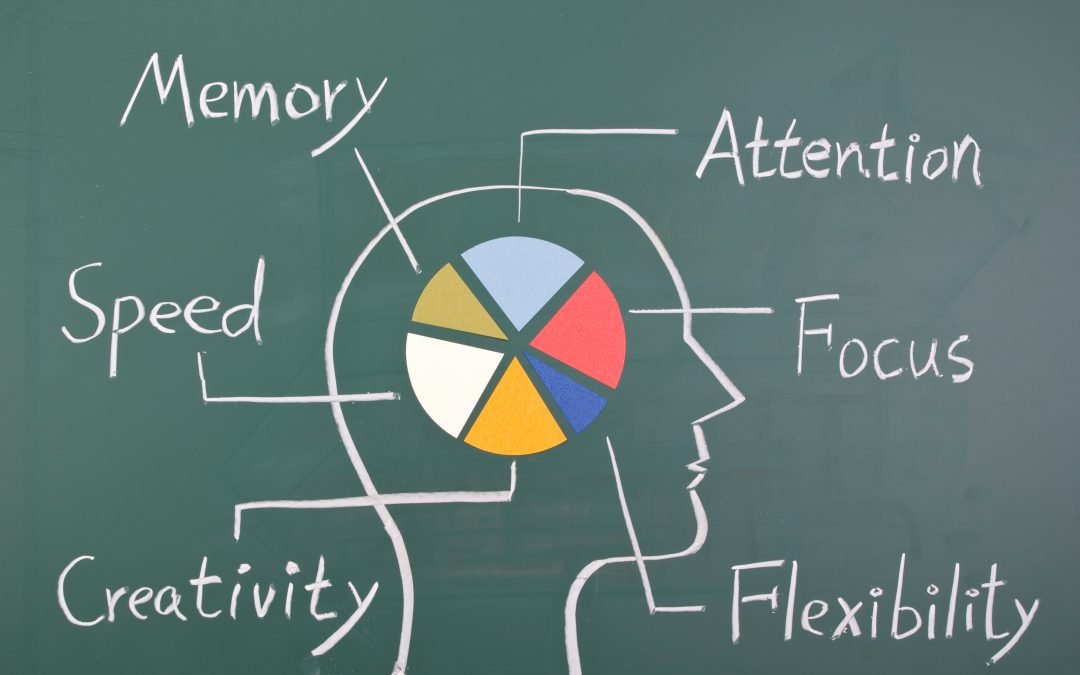 First, it is important to know that not all brains are created equal. Brains are as unique as fingerprints – no two people share the same brain (unless you are a Siamese twin). Likewise, brain development and learning are unique to each person.

According to the National Institute on Aging (NIA), it is not clear why some people think well as they get older and some do not. However, the NIA thinks this variability between brains might have something to do with someone’s “cognitive reserve,” which is defined as the brains ability to work well even when some part of it is disrupted. The NIA says that people who have more education tend to have more cognitive reserve than others.

Recent research also shows that the amount of cognitive reserve a person has can delay the onset of Alzheimer’s symptoms.

According to the CDC, Alzheimer’s is the 6th leading cause of death in America – it kills more than breast cancer and prostate cancer combined. The Alzheimer’s Association estimates the costs associated with Alzheimer’s and other dementias will amount to $277 billion in 2018. By 2050, it says these costs could skyrocket to $1.1. trillion.

Alzheimer’s is the 6th leading cause of death in America

The Alzheimer’s Association has identified 10 warning signs of Alzheimer’s disease, including:

While there is no cure for Alzheimer’s, dementia or mild cognitive impairment, there are several things you can do to stave off the sometimes devasting symptoms of these health issues.

Harvard Health says a higher level of education is associated with better mental functioning in old age. “Experts think that advanced education may help keep memory strong by getting a person into the habit of being mentally active. Challenging your brain with mental exercise is believed to activate processes that help maintain individual brain cells and stimulate communication among them. Many people have jobs that keep them mentally active, but pursuing a hobby or learning a new skill can function the same way.”

Another type of “brain training” is what lead to the popularity of sites like Lumosity.com, which claims to have swelled to 85 million “brain trainers” from 182 countries. Lumosity takes tasks that have been used by researchers for decades and turns them into games for its visitors, all with the goal of keeping the brain physically fit. In turn, Lumosity works with hundreds of researchers worldwide, many of whom they give free access to their brain training tools – helping them research new areas in human cognition.

Formal cognitive training has also been studied in a clinical setting. In the Advanced Cognitive Training for Independent and Vital Elderly (ACTIVE) trial, healthy adults 65 and older participated in 10 sessions of memory training, reasoning training, or processing–speed training. The sessions improved participants’ mental skills in the area in which they were trained. And most of these improvements persisted 10 years after the training was completed.

Just 15 to 20 minutes of cardio a day can lower Alzheimer’s risk, says Gary Small, coauthor of The Alzheimer’s Prevention Program.

Research published in the Journal of Alzheimer’s Diseasesuggests that exercise could slow cognitive decline and dementia. For this study, researchers recruited healthy subjects 55 and older with mild cognitive impairment and used imaging techniques to study the white matter in their brains.

A Time.com article that covered this study said, “The researchers found that older adults with higher VO2 max scores—meaning they had better cardiorespiratory fitness—had less deterioration of the white-matter fibers in their brains. This was true in both groups of people in the study, with or without MCI, even after researchers controlled for factors such as age, sex and body mass index.”

In a meta-analysis published earlier this year in the Journal of the American Geriatric Society, researchers concluded that exercise may delay the decline in cognitive function that occurs in individuals who are at risk of or have Alzheimer’s disease, with aerobic exercise possibly having the most favorable effect.

Last year a report put together by the National Academies of Sciences said it is well-documented that physical activity has many health benefits, and some of these benefits – such as stroke prevention – are causally related to brain health. That said, a systematic review found that the pattern of randomized controlled trials results across different types of physical activity interventions provides an indication of the effectiveness of increased physical activity in delaying or slowing age-related cognitive decline, although these results were not consistently positive.

In the end, the committee concluded that the evidence is sufficient to justify communicating to the public that increased physical activity for delaying or slowing age-related cognitive decline is supported by encouraging but inconclusive evidence.

CHECK OUT THIS COLORFUL NEW MAP OF THE HIPPOCAMPUS, A PRIME AREA IN THE BRAIN PARTICULARLY SUSCEPTIBLE TO ALZHEIMER’S

Studies showing the potential benefits of the omega-3s EPA and DHA for the brain are one thing, but does that mean more omega-3 in the diet really affects the risk of developing dementia? The Alzheimer’s Society says this question has been investigated in two ways.

Part of the reason omega-3s are theorized to play major roles in the brain is that they are anti-inflammatory in nature and could reduce the risk or prevent inflammatory brain issues like dementia and Alzheimer’s.  Also, DHA is a nutrient that is found in abundance in the brain compared to other parts of the body.

In particular, EPA and DHA have shown anti-amyloid, anti-tau and anti-inflammatory actions in the brains of animals. In a May 2017 article published in the Journal of Alzheimer’s Disease, researchers have found that for patients with high omega-3 levels, blood flow in specific areas of the brain is increased.

In fact, images acquired from subjects performing various cognitive tasks will show higher blood flow in specific brain regions. When these images were compared to the Omega-3 Index – a measure of the blood concentration of EPA and DHA – investigators found a statistically significant correlation between higher blood flow and higher Omega-3 Index.

This study drew from a random sample of 166 participants from a psychiatric referral clinic for which Omega-3 Index results were available. Overall, the study showed positive relationships between omega-3 EPA+DHA status, brain perfusion, and cognition.

“Although we have considerable evidence that omega-3 levels are associated with better cardiovascular health, the role of the ‘fish oil’ fatty acids in mental health and brain physiology is just beginning to be explored. This study opens the door to the possibility that relatively simple dietary changes could favorably impact cognitive function,” said Dr. Bill Harris, the other co-author on this paper, who is also a prominent omega-3 researcher and inventor of the Omega-3 Index blood test.

A more recent study published in Nutrients shows that higher blood levels of the long-chain omega-3s EPA and DHA are associated with cognitive benefits in older adults.

In this study, researchers from the Boston Puerto Rican Health Study examined the prospective associations of omega-3 and omega-6 levels in red blood cells (RBCs) with measures of cognitive function in subjects who had an average age of 57.

Omega-3 blood levels were not significantly associated with changes in MMSE score, but they were linked with better executive function, a facet of cognitive function that allows people to plan, organize and complete tasks.