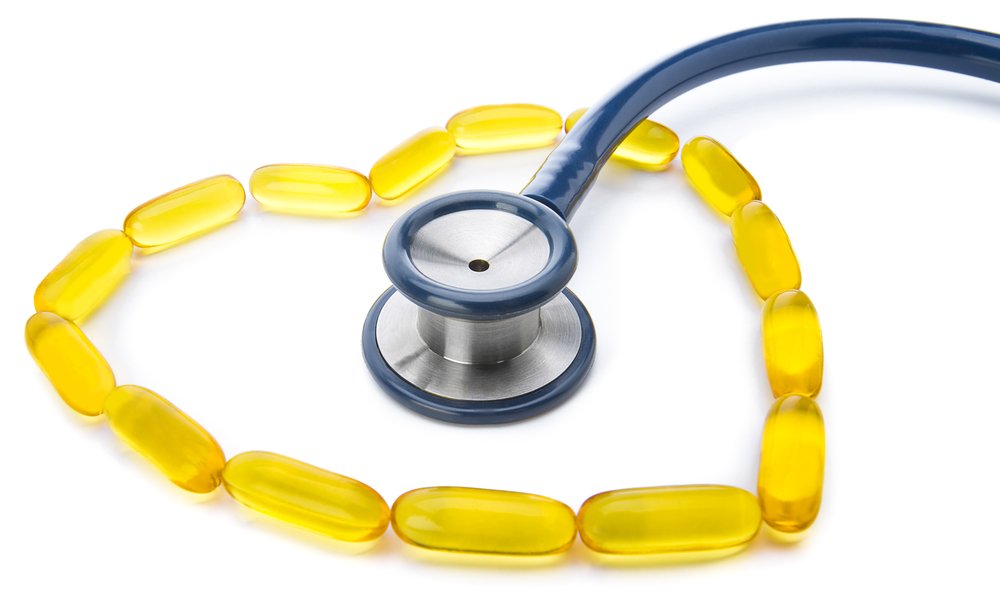 The last week has been one of the busiest news cycles for omega-3s EPA and DHA in quite some time. On the heels of the American Heart Association (AHA) meeting and the publication of other timely research, omega-3s have been basking in the bright headlines touting their benefits for heart, brain, and prenatal health.

For the purpose of this blog, we will focus on the studies that came out of the AHA meeting. However, an overview of the studies on omega-3s and ADHD, fish and pregnancy, and measuring omega-3 blood levels will be coming to this blog very soon, so stay tuned!

The AHA’s Scientific Sessions featured results from ancillary studies from both REDUCE-IT and VITAL, as well as results from other relevant omega-3 research. The real omega-3 star at the AHA meeting this week was Amarin, which sponsored seven studies on its omega-3 EPA drug Vascepa. Let’s dig into these studies to find out why they stood out.

A year ago, Vascepa stunned the world in the REDUCE-IT study by showing its extraordinary ability to reduce the risk of cardiovascular (CV) events by 30%, an achievement a cholesterol medication could only dream of. Now everyone wants to know how Vascepa did it.

In an attempt to elucidate the mechanism of action of high dose omega-3 EPA, specifically Icosapent ethyl (IPE) (i.e. Vascepa) from Amarin Corp., researchers evaluated the effects of the fish oil drug as an adjunct to statin therapy in a high-risk group of people with persistently elevated triglycerides (TG). Previous studies have shown that Vascepa added to a statin can reduce initial CV events by 25% and total CV events by 30%.

Called the EVAPORATE study, researchers investigated whether Vascapa in addition to statin therapy could reduce the progression of atherosclerotic plaque. More specifically, they wanted to determine whether the addition of 4 grams per day of IPE could affect greater change from baseline than placebo in plaque volume measured by serial multidetector computed tomography (MDCT) – a rapid, painless diagnostic procedure that combines computers and x-rays and allows a radiologist to see abnormalities such as plaque in the arteries.

The 80 patients evaluated in this study presented with coronary atherosclerosis as documented by MDCT (1 or more angiographic stenoses with ≥20% narrowing) or diabetes, on stable statin therapy with low-density lipoprotein cholesterol levels 40 to 115 mg/dl, and persistently high triglyceride levels (135-499mg/dL).

At the prespecified 9-month interim analysis, there was slowing of total non-calcified plaque as well as calcified plaque. At this time, the study is continuing to its designed completion of an 18-month review.

In the meantime, the authors pointed out that EVAPORATE is the first study using MDCT to evaluate the effects of Vascepa as an adjunct to statin therapy on plaque characteristics in a high-risk population with persistently high TG levels. “EVAPORATE provides important mechanistic data with relevance to the reduction in CV events seen in the REDUCE-IT clinical trial,” they concluded.

VIDEO: How the Omega-3 Index Compares to a Cholesterol Test

Finally, after years of controversy, two studies presented at AHA could put to rest concerns around omega-3s and prostate cancer.

In one study, researchers identified 87 patients who were part of the Intermountain INSPIRE Registry and had developed prostate cancer. These patients were also tested for plasma levels of the omega-3s EPA and DHA.

When compared to a matched control group of 149 men, the researchers found that higher omega-3 levels were not linked with elevated prostate cancer risk.

Viet T. Le, MPAS, PA, researcher and physician assistant at the Intermountain Healthcare Heart Institute, said they undertook this study in light of findings from a 2013 paper from the Journal of the National Cancer Institute that suggested a possible link between higher omega-3 plasma levels and the development of prostate cancer, one that has been debated since publication.

“If I’m recommending omega-3 for my patients to save their hearts, I want to make sure I’m not putting them at risk for prostate cancer,” he said. “Our study found no evidence of a link between the two.”

In the second study, the Intermountain researchers looked at 894 patients undergoing coronary angiography (a test that shows how blood flows through the arteries in the heart).

These patients had no prior history of heart attack or coronary artery disease, however upon their first angiogram, about 40% of those patients had severe disease and about 10% had three-vessel disease, Le said.

Researchers also measured patients’ plasma levels of omega-3 metabolites, including DHA and EPA. Those patients were then followed to see who had subsequent heart attack, stroke, heart failure, or who died.

Researchers found that patients who higher rates of omega-3 metabolites had lower risk of those follow up adverse effects regardless of whether they had severe disease or not on their initial angiogram.

“This study is important because we looked at how omega-3 helps patients who have already developed disease, and its effects on survival – both in getting to the first angiography to be diagnosed (vs. having a heart attack or worse before even knowing they have heart disease) and thereafter,” said Le.

“While a seeming association between higher plasma omega-3 levels and the findings of severe heart disease upon initial angiogram might raise alarms that omega-3 isn’t beneficial, they did live to see a doctor and get diagnosed,” Le added. “And we saw a link between higher levels of omega-3 and their survival rate thereafter.”

Heart failure (HF) is a costly, deadly health problem and the leading cause of hospitalization among older US adults. In fact, a 2018 study highlighted the substantial healthcare and mortality burden of HF, rising healthcare costs, and the aging US population, and suggested that continued improvements in HF prevention, management, and surveillance are important.

To that end, researchers from the VITAL study investigated the possible preventive benefits of vitamin D and omega-3 EPA and DHA in heart failure.

While Vitamin D and omega-3 fatty acids have each been associated with reduced risks of HF in observational studies, randomized trial evidence is limited. This ancillary study presented at the AHA meeting sought to investigate the effects of vitamin D and omega-3 supplements on the incidence of HF hospitalization in a large multi-ethnic cohort.

VITAL-HF is an ancillary study of the parent VITAL trial, which is a completed randomized trial with a two-by-two factorial design to examine the efficacy of vitamin D3 (2000 IU/d) and omega-3 fatty acids (1 gram per day, including 460 mg of EPA + 380 mg of DHA for the prevention of cardiovascular disease and cancer in 25,871 adults from 2011 to 2017.

In a blog we featured last week ahead of the AHA meeting, we reported on a study showing that those with coronary artery disease who took omega-3 supplements had better cognitive function than those who didn’t.

The study included 250 people with coronary artery disease. For 30 months, half took omega-3 supplements; the other half served as a control group. The group taking the supplements had better coordination, reaction speed, memory and recall at one year and at 30 months, compared to the control group.

To these researchers, timing is everything, especially where dementia is concerned.

A prespecified subgroup analysis of REDUCE-IT was conducted to determine the degree of benefit of IPE in US subjects in particular.

The authors concluded: “While the non-USA subgroup showed significant reductions in the primary and key secondary endpoints, the USA subgroup demonstrated particularly robust risk reductions across a variety of composite and individual endpoints, including all-cause mortality.”

Amarin struck again at the AHA meeting with the results of its cost-effectiveness study. “In this combined patient-level and simulation cost-effectiveness analysis, IPE at $4.16 a day in high cardiovascular risk patients shows exceptional benefit with CV event reduction plus cost-saving in-trial and over patients’ lifetime in the majority of simulations,” researchers said.