5 Reasons to Take Omega-3s Before Your Next Workout 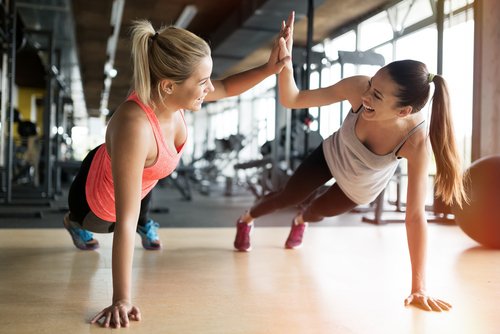 Most people connect omega-3s with heart and brain health, but did you know they can also be quite useful if you are an athlete or lead an active lifestyle? From protecting your brain and heart to easing your recovery, omega-3s can play many roles during your workout.

Working out is amazing for the body but it can also wreak havoc on your muscles and joints if you are not taking appropriate precautions, including taking the right nutrients. Nutrients that can help repair the damage that occurs during exercise is one of the biggest reasons people seek out nutritional support.

One of the most popular nutrients in this regard is protein. Whether you are a runner, swimmer, hiker, powerlifter, soccer player, or biker, your muscles are always engaged regardless of activity. So making sure your muscles are fed the right nutrients is crucial in making them stronger and more resilient.

How much protein? Well that depends on your level of activity. But the rule of thumb seems to be the more you use your muscles, the more protein you will need to both strengthen and repair them.

The same seems to be true of omega-3s, EPA and DHA, the long chain fatty acids found in fatty fish like salmon, algae and krill. EPA and DHA can help offset increased free radical damage often generated during strenuous workouts, causing inflammation that taxes the muscles, joints and ligaments. At the same time, they can help keep the arteries clear and blood flowing efficiently through the body and to the muscles, and even the brain. 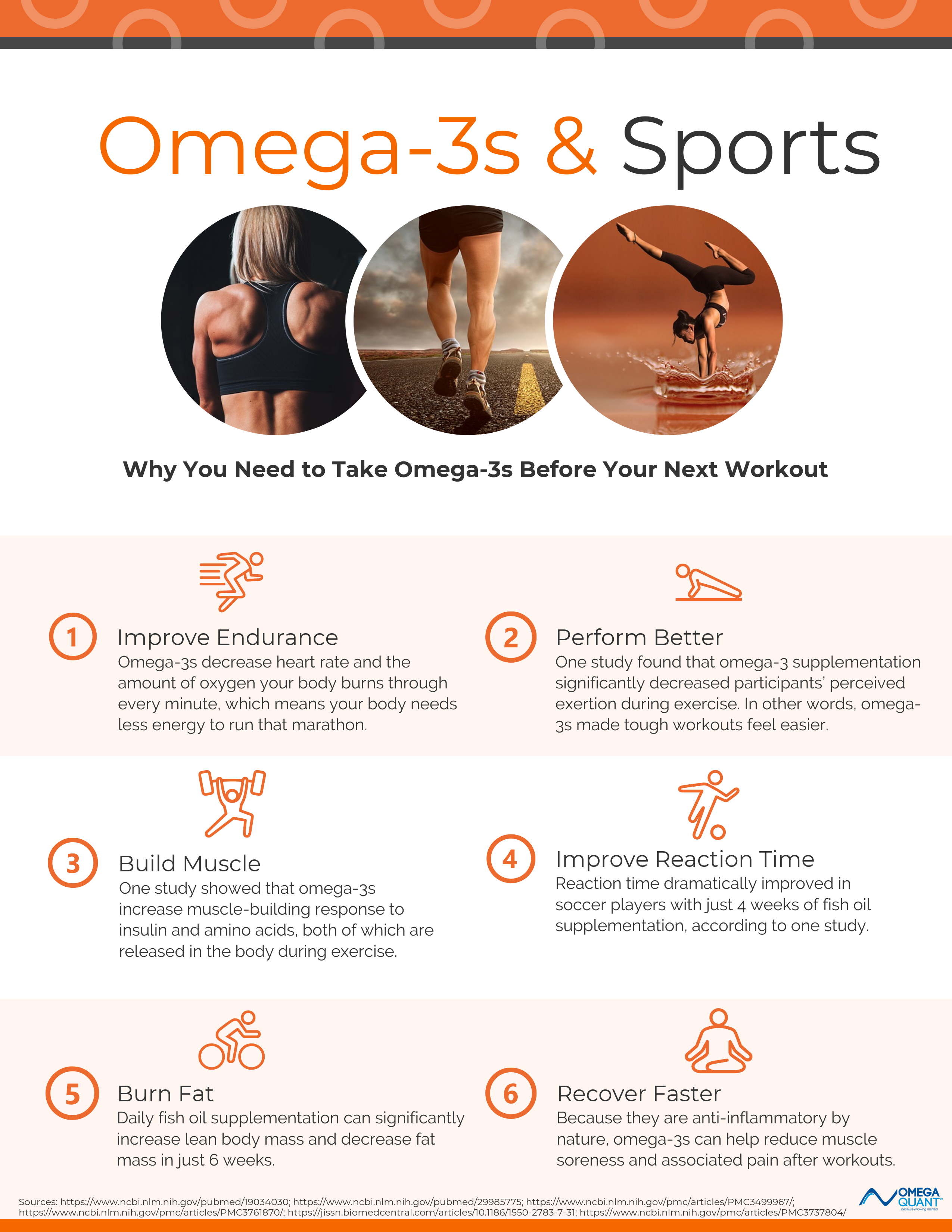 The omega-3s EPA and DHA, which are found in marine sources like fish, algae and krill are anti-inflammatory by design. And seeing as how working out is itself an inflammatory activity, adding omega-3s might be just the thing you need to ward off muscle soreness, or what those in the training world call delayed onset muscle soreness (DOMS). DOMS can occur one to several days after strenuous exercise and significantly impact your ability to keep training at a high level.

Omega-3s have been shown to reduce muscle soreness and swelling, as well increase range of motion after damaging exercise. In one study, these benefits were apparent not only for athletes, but also for those who had just started working out. The 11 people who participated in this study performed eccentric biceps curls on two occasions, once after 14 days of dietary omega-3 restriction (control trial) and again after 7 days of 3 grams per day of omega-3 supplementation (omega-3 trial).

Omega-3 fatty acids have been shown to increase protein synthesis, which is the process your body goes through when it turns the protein you eat into the fuel your muscles need to grow and stay strong. In a study of nine healthy men and women, Washington University researchers gave 4 grams per day of a purified fish oil for a period of eight weeks in an effort to evaluate the impact on the rate of muscle protein synthesis.

They found that omega-3s increased the subjects’ muscle-building response to insulin and amino acids, both of which are released in the body during exercise. It seems having a higher amount of omega-3 fatty acids in the muscle cell primes it for protein synthesis. In other words, the more omega-3s you have the better your chances are in building and maintaining muscle.

READ THE BLOG WE WROTE ABOUT THIS STUDY

Another study showed that fish oil might work within the healthy heart and skeletal muscle to reduce both whole-body and myocardial oxygen demand during exercise, without a decrease in performance. In this case, researchers evaluated 16 cyclists randomly assigned to receive 8 grams of fish oil per day or olive oil placebo.

“Part of omega 3s’ heart-health benefit is that they decrease heart rate and the amount of oxygen your body burns through every minute,” said Kari Ikemoto, a registered dietitian who commented on this study in a Men’s Journal article. “On game day, that’s huge. It means that, during every minute of exercise your body needs less oxygen than does your competitor. It takes less energy to run a marathon, kick a goal, or make a tackle.”

The human brain is 60% fat, with 15% of that being the omega-3 DHA. With concussions being top of mind for athletes playing contact sports, several precautions have already been taken in the form of new rules and equipment — even preemptive nutritional support.

The high profile movie Concussion firmly brought this issue to the forefront, especially for football players. In the meantime, researchers like Michael Lewis put forth the idea that omega-3s might be an innovative approach to preemptively protect the brain in instances where traumatic brain injury (TBI) is of high concern.

Simultaneously, research has already shown that omega-3s are highly sought after for their cognitive support. And some have taken that a step further to correlate omega-3s to improved reaction time.

In one study, 24 players from two Spanish female soccer teams were given 3.5 grams per day of either DHA-rich fish oil or olive oil over 4 weeks of training. Two measurements (pre- and post-treatment) of complex reaction time and precision were taken. Participants had to press different buttons and pedals with left and right hands and feet, or stop responding, according to visual and auditory stimuli. After 4 weeks of supplementation with fish oil, there was a significant improvement in the neuromotor function of these female elite soccer players.

Many people start working out with the goal of losing weight. According to a study in the Journal of the International Society of Sports Nutrition, omega-3s can help you burn fat by using it as energy. The same rule applies like it did for protein synthesis that the more omega-3s you have the better your body function as it burns more fat for energy as you exercise.

In this study, 44 men and women received either 4 grams per day of safflower oil or 4 grams per day of fish oil (1600 mg EPA and 800 mg DHA). All tests were repeated following 6 weeks of treatment. Researchers found that those who supplemented with fish oil significantly increased lean mass and decreased fat mass.

Get Your Omega-3s from the Right Source!

Athletes and those who live active lifestyles tend to have higher omega-3 needs than the average person. In the studies reviewed in this blog, dosages ranged anywhere from 1 gram to 8 grams per day of EPA and DHA.

Make sure you are getting EPA and DHA directly! And because you’re burning through those omega-3s at a faster rate than most people make sure you test your Omega-3 Index regularly. Using an Omega-3 Index blood test is safe, easy and convenient. And it will help you stay on track with your omega-3 regimen.

LEARN HOW TO CHOOSE THE RIGHT OMEGA-3 FATS