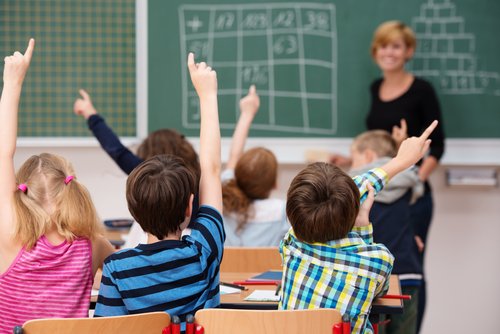 Sixty percent of the human brain is fat, making it the fattiest organ in the human body. Of this fat, docosahexaenoic acid (DHA) is the most abundant omega-3 fatty acid and qualitatively the most important. Eicosapentaenoic acid (EPA) is also present but in smaller amounts. Regardless, both have important roles to play in the brain, according to research. And this is especially true for children.

A new study published in July edition of the Journal of Nutritional Biochemistry, has established a strong correlation between blood levels of omega-3s, especially DHA, and better brain function in children 2-6 years old.

The objective of this study was to investigate the relationship between whole-blood fatty acids (FAs) and executive function in 307 children (2-6 years old) from Northern Ghana. The aim of researchers was to examine the extent to which higher levels of EPA and/or DHA were associated with better cognitive performance. Dried blood spot samples were collected and analyzed for FA content (via the Omega-3 Index test).

The average Omega-3 Index in this group was 4.6%, with a range of 2.3% to 11.7%. Significant differences in mean % total whole-blood fatty acids were observed between children who could not follow directions on the DCCS test (50% of the sample) and those who could (50% of the sample).

Children with the highest levels of total omega-3s and DHA were three and four times, respectively, more likely to pass at least one condition of the DCCS test of executive function than those with the lowest levels.

This study has several strengths. First and foremost, it utilized an objective biomarker to assess dietary fatty acid intake (i.e., the Omega-3 Index), as opposed to other conventional and less precise methods such as food frequency questionnaires or diet history techniques. Food frequency questionnaires are not highly accurate at estimating circulating blood levels of fatty acids.

The authors concluded that these findings provided an “impetus for further studies into possible interventions to improve essential fatty acid status of children in developing countries.”

One of the study’s investigators, Dr. Bill Harris, founder of OmegaQuant, and co-inventor of the Omega-3 Index test, said the results are very encouraging for these children, who are probably the most disadvantaged when it comes to omega-3 consumption.

“Children in developing countries like Ghana do not have the access to omega-3-rich sources that children from other parts of the world do. This has several ramifications, particularly in the area of brain development and cognitive function. We were happy to see the positive correlation between omega-3 levels and better brain function, especially since an omega-3 deficiency is so easy to correct. All it requires is consuming more of the right omega-3s, especially DHA which in this case was the standout fatty acid here.”

Another recent study showed that something as simple as omega-3 supplementation could reduce disruptive, even abusive behavior among parents who have kids with behavior issues. Parents claim this positive change in their children’s behavior made them less likely to argue with each other or engage in verbal abuse.

ScienceDaily, who reported on the study, says this new research, is just one example of how researchers are studying biological and social factors that can help explain and predict impulsive and risky behavior. The goal, according to lead researcher Jill Portnoy, is to help determine effective ways to intervene before anti-social behavior escalates into crime.

During the course of a year, more than 200 children were given either a fruit drink fortified with 1 gram of omega-3s (EPA and DHA) or a placebo drink. Throughout the study, parents were asked to report on their child’s behavior, as well as their own psychological aggression stemming from their child’s misbehavior.

The original study reported that the treatment improved the kids’ behavior, while this most recent study focused on the parents’ relationships. Improvements in adult psychological aggression were directly related to improvements in child externalizing behavior scores, making this the first study to show that omega‐3 supplementation in children can reduce inter‐partner psychological aggression among adult caregivers not receiving supplements.

“These findings suggest that improving child behavior through omega‐3 supplementation could have long‐term benefits to the family system as a whole,” researchers said.

Earlier studies have shown that EPA and DHA seem to have important roles in the developing baby’s brain, which extends into childhood to a significant degree. In fact, several studies have correlated pregnant women’s fish intake or fish oil use with higher scores for their children on tests of intelligence and brain function in early childhood.

In fact, a recent Norwegian study reported that an infant’s problem-solving abilities at 1 year of age were directly associated with its mother’s level of DHA in the blood while she was pregnant.

Of course, while fish consumption is the best way to get your omega-3s, women who are pregnant should proceed with caution, according to some studies, which highly recommend consuming fish but seeking out those identified as having low mercury content, such as salmon, mackerel, herring and sardines.

In one of our past blogs, we went into great detail exploring the risks and benefits of fish consumption among pregnant women, concluding: eat fish but choose wisely.

Exploring another angle on omega-3s and the brain, a research review published in January this year suggested these fatty acids might play a protective role when administered prior to brain injuries, such as those sustained during sports activities.

“While much of the focus has been on the treatment of sports-related concussion, there exists a growing interest in protection before impact. Nutritional supplementation has emerged as a potential strategy to prevent and/or reduce the deleterious effects of sports-related concussion and sub-concussive impacts,” researches said. “In contrast to pharmaceutical treatment, nutrients (creatine and omega-3s) and nutraceuticals (curcumin) have the potential to act on multiple mechanisms within the complex neurochemical and neurometabolic sequelae that occur subsequent to concussive and sub-concussive impacts.”

Shifting gears to mood health, a Harvard Health blog published last week says children and adolescents with depression may benefit from omega-3 supplementation, especially in the long-term. This is the premise of a large study underway at Harvard examining whether omega-3 supplementation (alone or in combination with vitamin D) can prevent depression in healthy older adults.

And there’s more to come…

This latest flow of research adds to the growing body of evidence behind the role omega-3s play in a variety of brain issues, from bipolar disorder to ADHD to cognition.

Omega-3s and brain health is currently one of the most active areas of research, with more positive results to come. So stay tuned!