Are You Getting Enough Omega-3s? New Research Says Probably Not… 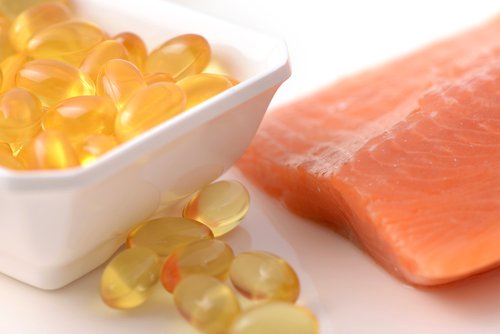 The omega-3 story has a new chapter, with recently published research showing you likely need to do a lot more than you think to get enough omega-3s to protect the heart. And one of the reasons is that the current recommendations may not be strong enough.

The Omega-3 Index, which is a measure of the amount of EPA and DHA in your blood, is an important risk factor for fatal heart attacks. But with health authorities like the American Heart Association only recommending 1-2 fish meals per week, chances are most people will not get the amount of omega-3s they need to protect the heart.

Even the 2015-2020 Dietary Guidelines for Americans falls a little short in its omega-3 recommendations: “For the general population, consumption of about 8 ounces per week of a variety of seafood, which provide an average consumption of 250* mg per day of EPA and DHA, is associated with reduced cardiac deaths among individuals with and without pre-existing cardiovascular disease.”

And the advice from the American Academy of Nutrition and Dietetics might need some help, too: “Based on recent literature, increasing consumption of polyunsaturated fatty acids with a particular focus on increasing omega-3 intake (i.e., striving to consume two or more servings of fatty fish per week to provide at least 500* mg EPA and DHA per day…) is desirable.”

In previous blogs we have talked about a variety of ways you can increase your Omega-3 Index, including eating more fatty fish like salmon or taking a omega-3 supplement that delivers EPA and DHA. And although we’ve hypothesized how you can achieve an ideal Omega-3 Index of 8% or higher, we now have new data to back up our assumptions.

New Data that Can Help Bring About Change

A new study published in Prostaglandins, Leukotrienes, and Essential Fatty Acids, shows that people likely need to eat more fish and take an omega-3 supplement to reach a cardioprotective Omega-3 Index level of 8% or higher.

According to lead researcher Kristina Harris Jackson, PhD, RD, the goal of this study was to answer the question: “What combination of non-fried fish intake and omega-3 supplement use is associated with a cardioprotective Omega-3 Index level (i.e., 8% or above)?”

“This apparent downgrade in the recommendation (i.e., removal of ‘preferably oily’ and ‘at least’) was made despite evidence that consuming fish more frequently (such as daily or multiple times per day) may impart even greater cardioprotection,” Dr. Jackson and her colleagues pointed out in their latest paper.

For this new study, Dr. Jackson and her team evaluated blood levels of omega-3s EPA and DHA from almost 3500 people, alongside questions about their fish and supplement intake.

BLOG: Global Omega-3 Levels of Omega-3s Are Too Low

“The AHA currently recommends two fish meals per week and it does not recommend supplementation. In light of our findings, this regimen is unlikely to produce a cardioprotective Omega-3 Index of 8%,” Dr. Jackson explained. “Having dietary recommendations that aim to achieve a target blood level would likely be more effective at reducing the risk for heart disease.”

VIDEO: Dr. Bill Harris Says It’s All About Getting to a Healthy Omega-3 Level

The Physicians Health Study, which recruited a large group of physicians nationwide in the 1980s and continued to follow these people for several decades actually found omega-3 levels to be a better predictor of heart disease than cholesterol, LDL cholesterol, HDL cholesterol and C-reactive protein (CRP).

Another popular study, The Framingham Heart Study, which was the first and most famous epidemiologic study on heart disease, set out to look at why people were having heart attacks too often. From that study, they concluded that smoking was a risk factor, along with high blood pressure and high cholesterol. These are all modifiable risk factors that people can change, so they came up with recommendations for lowering cholesterol and blood pressure and getting people to stop smoking.

Several years later, omega-3s made an appearance in the follow up studies conducted on the children of those who participated in the Framingham Heart Study. According to Dr. Bill Harris, one of the world’s leading omega-3 experts, obtaining blood samples from the offspring of the Framingham Heart Study was a critical turning point for the role of the Omega-3 Index in heart disease.

“When we obtained blood samples from the offspring of the Framingham Study, we measured their omega-3 levels. We found that the Omega-3 Index was a strong predictor of risk for death or for death from any cause. Also, it was a risk factor for cardiovascular disease, meaning that people who had the highest omega-3 levels had the lowest risk for heart disease and for dying within that window of our study,” Dr. Harris explained.

“We also asked the same question about blood cholesterol because we measured cholesterol levels at the same time we measured the omega-3 levels. We found out that cholesterol level did not predict risk for cardiovascular disease or death from any cause,” Dr. Harris added. “This was really the first time we had proven that the omega-3 level is more meaningful as a predictor of cardiac outcomes than cholesterol is, which was something I kind of assumed for 15 years, but was never actually able to test until recently.”

In 2017, Dr. Harris conducted a pooling of 10 cohort studies and confirmed that an Omega-3 Index of 8% was related to a 35% risk reduction for cardiovascular death. Meanwhile, additional research has shown that higher omega-3 blood levels are beneficially related to other age-related health conditions, such as cognitive function and longevity.

We’ve talked many times in this blog about the impact of omega-3s outside of heart health. From behavior to mood to cognitive function, brain health indeed seems to be the new frontier in omega-3 research.

BLOG: 3 Ways Older Adults Can Train Their Brain as They Age

Always remember that the Omega-3 Index is a very personal indicator of your own omega-3 status. And while the data suggest that most people on average will need 3 fish meals and an omega-3 supplement to reach that 8% target, many factors like your age, sex, weight, diet, genetics, smoking habits, medications you may be taking, and other medical conditions can all influence your body’s response to EPA and DHA.

The only way to know your omega-3 level is to take an Omega-3 Index test. Once you know your level, modify your diet so that you are getting more omega-3s. And then retest in 4-6 months to see what progress you’ve made.