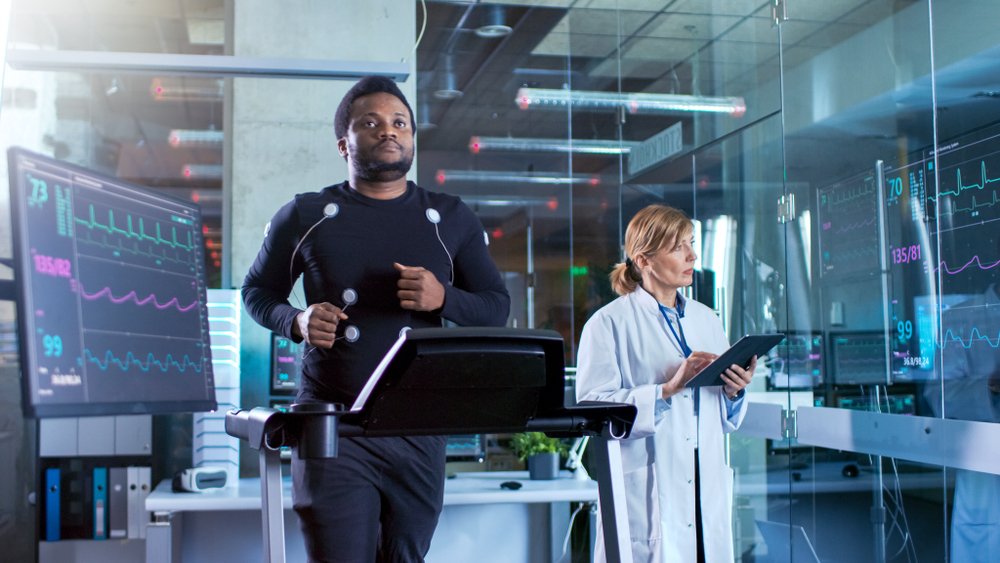 Professional athletes who make their living from playing in sports leagues and elite athletes like Olympians at the top of their game may seem to have little in common with recreational athletes or weekend warriors. Let’s face it. While a LeBron James or a Serena Williams treats their body like a fine-tuned instrument, your friend Jeff who plays in a men’s softball league on the weekends and your next-door neighbor Betty who never misses her Saturday tennis match, are playing in a different orchestra.

But there is something all types of athletes seem to have in common: chances are their blood levels of omega-3 EPA and DHA aren’t making the grade.

That may surprise you, but this is what’s leading more and more experts to pay attention to the importance of biomarkers and how they can help improve health, and even provide a performance edge.

A new paper published online by the Gatorade Sports Science Institute (GSSI) highlights the benefits of evaluating nutrition biomarkers in athletes. Founded in 1985, GISSI is committed to helping athletes optimize their health and performance through research and education in hydration and nutrition science.

The authors of the June article posted on GSSI’s Sports Science Exchange favorably compared blood biomarkers versus subjective tools for athletes, advising that “blood biomarkers offer an objective approach to prioritizing the efforts of practitioners.”

The article provides some cautionary advice that poor pre-analytic approaches, infrequent sampling and an inappropriate selection of biomarkers can compromise the results.

The piece further noted that a host of nutrition-related biomarkers are available, with the authors specifically highlighting the benefits, limitations and caveats surrounding measuring nutrients in blood components for iron, vitamin D and omega-3 fatty acids EPA and DHA.

Here’s Where the Omega-3 Index Comes In

For the purposes of this blog, we are most interested in the authors’ enthusiasm for how a simple prick of the finger can establish a baseline of omega-3 EPA and DHA levels, thereby empowering athletes–and for that matter all individuals–and their health advisors to choose a path forward to reach optimal levels of omega-3s.

Calling the Omega-3 Index “a validated, reliable, and reproducible biomarker for the assessment of omega-3 status,” they explain that this safe, simple, convenient test “represents the percentage of the long chain omega fatty acids EPA and DHA as a proportion of the total RBC fatty acids.”

The authors note the rising popularity of testing omega-3 EPA and DHA fatty acid levels in athletes and reference a new systematic review by Lewis et al. that we, at OmegaQuant, blogged about last week.

Published in Advances in Nutrition, the systematic review of 32 randomized placebo- controlled trials (RCTs) that met the authors inclusion criteria revealed benefit for omega-3 fish oil for athletes in the areas of cognition, heart health, muscle recovery and immunity. This benefit was seen across a wide range of sports for male and female recreational, well-trained, elite or professional athletes.

This is promising news for omega-3 and sports performance—an area that is relatively young compared to the well-established benefits of omega-3 supplements in areas such as heart, brain and prenatal health, despite the 25 years of research.

But back to GSSI and biomarkers.

According to the GSSI article, the evidence base for the use of blood biomarker analysis in sports has a cumulative history of more than 30 years.

Jeff Kearney, Gatorade’s global head of sports marketing, was quoted last August in Front Office Sports, advising that Gatorade has worked on sweat and recovery testing and would be looking to implement a few [additional] tests, which could include Omega-3 Index testing.

Athletes work hard to eat right and engage in healthy practices. However, despite their widespread use of omega-3 EPA and DHA supplements, athletes, like most people, tend to have low Omega-3 Index levels. This makes them more vulnerable to injury, heart trouble and brain injury.

So it turns out that athletes are no different than the rest of us when it comes to the need to first check their Omega-3 Index and then learn how to optimize those levels.

Most People, Including Athletes, Don’t Score High Enough on the Omega-3 Index

Let’s start by understanding what the measurements mean.

The Omega-3 Index measures the fatty acids in your red blood cell membranes, and then takes the amount of EPA and DHA over the total fatty acids to come up with a percentage. That number—let’s say 6% if that’s your score—means that 6% of your fatty acids are represented by EPA and DHA.

Research has consistently shown that an Omega-3 Index level of 8-12% is optimal and linked to better health outcomes for general wellness, as well as for your heart, brain, eyes and joints. So that’s the target.

However, most people globally have an Omega-3 Index below 8%, and athletes are no exception.

It may be surprising to learn that athletes, too, skew under the optimal Omega-3 Index. But that seems to be the case and we recently blogged about it.

Take this study published in the April 29 edition of PLOS One for example. NCAA Division 1 athletes play in a wide range of sports, from football to golf to swimming. Researchers conducted a survey to learn more about their diets, while also testing their blood levels of the omega-3s EPA and DHA via an Omega-3 Index test.

The study included 1528 male and female student athletes across a total of 34 different sports. These athletes completed a food frequency questionnaire which asked about their dietary intake of omega-3s in addition to their supplementation habits. Roughly 300 of these participants also took an Omega-3 Index test.

It turns out, most athletes studied fell short of the Academy of Nutrition and Dietetics’ recommended 500 mg/day intake of omega-3s. In addition to that, all those athletes in the study who submitted blood samples had subpar Omega-3 Index levels.

No participant in the study, including those who consumed fish or seafood twice or more per week, had an Omega-3 Index of 8%, the minimum recommended target.

Thus, these study authors believe achieving optimal omega-3 status through diet alone might be difficult and it is plausible that athletes may actually have higher needs than the general population. Therefore, they say the use of omega-3 supplements is reasonable strategy for improving omega-3 status and has been discussed as a potentially helpful nutritional tool for athletes.

In their paper, the study authors discussed why they decided to use the Omega-3 Index vs. other methods. “The Omega-3 Index requires a minimum amount of blood (i.e., finger stick blood sample), has a low biological variability, is less affected by acute feedings to better reflect long-term omega-3 fatty acid status, and has been shown to correspond with omega-3 fatty acid concentrations in the heart, brain, and a variety of other tissues,” they said.

Published in the January 2019 Journal of Athletic Training, these researchers evaluated the Omega-3 Index of more than 400 NCAA football players. About 34% of athletes had an Omega-3 Index considered high risk (<4%), and 66% had a risk considered intermediate (4%–8%). None had a low-risk Omega- 3 Index (>8%). This is very much in line with the typical omega-3 status of average Americans.

The researchers in this study said they consider the Omega-3 Index a simple, minimally invasive test of omega-3 status that could have substantial benefits for these athletes now and in the future.

“Whether this would include promoting increased consumption of oily fish (salmon, mackerel, sardines, etc.) or the use of omega-3 supplements (or both) is a topic for further discussion. In either case, the risks of increasing EPA and DHA intake are virtually nonexistent, and the potential benefits appear to be substantial,” they added.

Research published last July showed similar results, although in a smaller group of 112 subjects. In a poster presented during the American College of Sports Medicine Conference, it showed that the average Omega-3 index was 4.35% among the football players evaluated.

As a result, Chelsea Burkart, president of the Collegiate and Professional Sports Dietitians Association at that time said, “These are Division 1 athletes, so they all have access to training tables. They have some of the best food and nutrition advice available. And they are still not getting enough omega-3s.”

If you are an athlete or even just someone who leads an active lifestyle, then chances are you need to get more omega-3s in your diet. And you’re not alone. Research shows that 9 out 10 people are not getting enough of right omega-3s in your diet. The great news is raising your Omega-3 Index is easy. Just eat more fish like salmon and/or take an omega-3 supplement.

INFOGRAPHIC: 9 Out of 10 People Don’t Get Enough of the Right Omega-3s