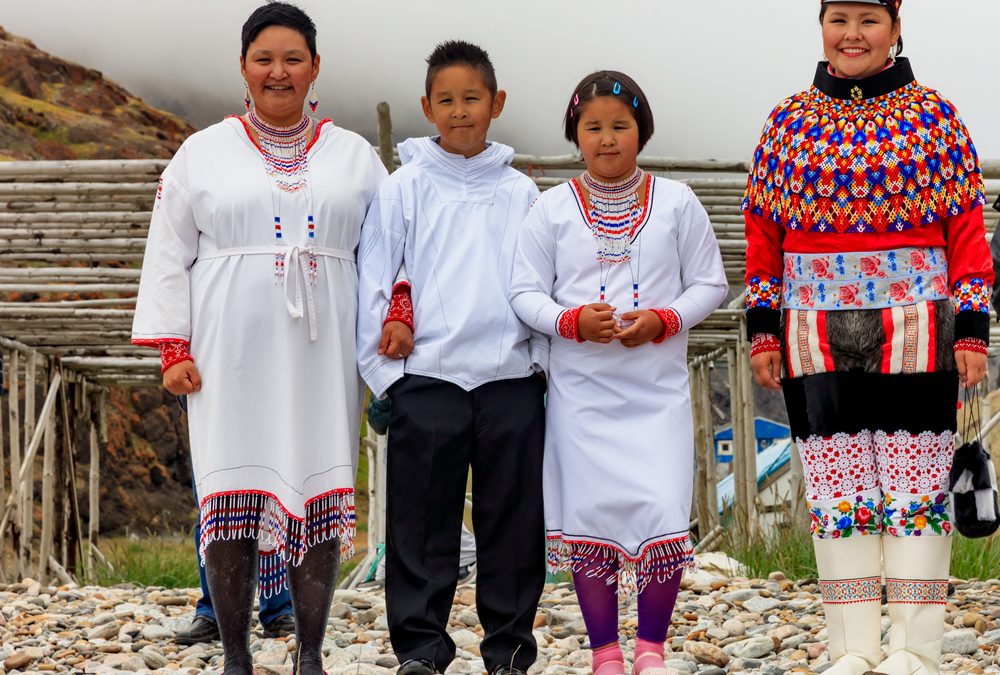 Let’s go back to the very beginning and explain in some detail the infamous Eskimo studies, which laid the foundation for interest in omega-3 fatty acids and heart health. These studies were carried out two Danish investigators, Jorn Dyerberg and Hans Bang, who conducted their research in Greenland (which is actually a county in Denmark).

What was interesting to them at the time was that the rate of acute myocardial infarction in Eskimos was much lower than it was in Danes of matching age and sex. However, it didn’t make any sense in the world of the 1970s because the Eskimos were eating a very high saturated fat, high cholesterol diet, that of course was also very low in fruits, vegetables and fiber—stuff that was supposed to be good for you. So it was somewhat contradictory to the typical low fat, low cholesterol diet recommended for heart protection at the time.

Clues to Understanding the Relationship Between Omega-3 and Heart Health

So here was their first clue in understanding this relationship. Dyerberg and Bang looked at the classic risk factors like lipid profiles, cholesterol and triglyceride levels in the Greenland Eskimos and found them to be not all that different from Danes. Triglycerides were a little bit lower in the Eskimos, but there wasn’t any huge signal there either.

They also measured the plasma fatty acid profile between the two groups and this is where things got very interesting. The Greenland Eskimos’ fatty acid profile was very rich in EPA and DHA, as we can see on this graph above. The blue bars represent the levels of EPA and DHA in the plasma of ethnic Eskimos living in Denmark (and eating like Danes) and the orange represents the Eskimos living in Greenland and eating a traditional diet. And of course, there’s vast differences in the EPA levels — in fact, the EPA levels in Greenland Eskimos were seven times higher, while their DHA levels were four times higher than the Danish Eskimos.

So these researchers wanted to know — where did these EPA and DHA molecules come from, and what did they do?

Clue number two was found in the Eskimo diet, which is very rich in seafood. Seal, fish and whale are all very much part of the traditional diet of coastal Eskimos. And when Dyerberg and Bang analyzed 7-day food diaries and measured omega-3 intake, they found that EPA intake in the Eskimos was much, much higher, in the neighborhood of two to two and half grams a day, and same for DHA, around two grams, so roughly 4-5 grams a day of EPA and DHA – compared to <1 gram a day in the Danes.

Now, Dyerberg had shown that omega-3 in the blood came from the diet. But still, there was no clear reason why high EPA or DHA should afford any protection. Until they did the next study, where they examined the effects of EPA, particularly, on what’s called platelet aggregation.

BLOG: Get the Facts On Omega-6, Trans Fats, Palmitic Acid and More

Platelets are the small cells in your blood that are activated when you have a cut and you need to stop the bleeding. The platelets all stick together at the site of the cut, and then they prevent the blood from leaking out. Unfortunately, platelets can also become activated and sticky, and actually clog up an artery in your heart, which can cause a heart attack. That’s called thrombosis.

The prevailing view at the time was that heart attacks were caused by plaques in the coronary arteries rupturing and allowing the blood to mix with the crud inside the plaque. This caused platelets to get “activated” and to form a clot right there inside the coronary artery. This instantly shut off blood supply and could ultimately kill the heart. So, thrombosis was very important.

And so the experiments that Drs. Bang and Dyerberg did were with platelets. Once we appreciate the details of the experiments they did, it’s easier to see what they saw and how impressive it was. When measuring platelet aggregation, you take a suspension of platelets (isolated it from the blood) and put it in a clear test tube where the platelets are finely dispersed making the solution very cloudy. So if you shine a light through the tube, it gets very diffused.

As soon as you add an aggregating chemical the platelets to start sticking together, they start clumping together, and the solution becomes more and more clear, and the amount of light that gets through the tube continues starts to go up. When you add three different concentrations of arachidonic acid to a suspension of platelets, you can see that it causes the platelets to aggregate. So there’s a big decrease in turbidity and you get much more light through the tube.

BLOG: New Research on the Role Omega-3s Play in Diabetes and Metabolic Syndrome

The conclusion of all these experiments was this: EPA blocks platelet aggregation and so the reason that the Eskimos have less heart attacks is because they have higher EPA levels in their blood… so their blood strongly resists clotting. (Actually, Eskimos are well-known for having pretty severe nose bleeds, one of the downsides of their traditional diet because it is extremely high in omega-3).

So, all said and done, what they hypothesized was that since EPA produced this unusual molecule from thromboxane A3 and prevented platelet aggregation, which prevented blood clots in the coronary arteries, and therefore heart attacks, Dyerberg and Bang felt like they had solved the problem.

So they published their hypothesis in 1978 in the Lancet – that EPA could reduce risk for thrombosis and atherosclerosis. Since then, their hypothesis has been well-confirmed, and other beneficial mechanisms have been discovered as well.

So the Eskimo story is what laid the foundation (or lit the fuse) for what has turned into a huge research effort over the last 40 years. To date, omega-3 fatty acids have become the most researched nutrients in biology, with the number of studies on omega-3 rivaling that of statins and aspirin. And all of it was made possible by these initial studies from Dyerberg and Bang.

INFOGRAPHIC: The Rise of Omega-3s: A Brief Timeline