Benefits Outweigh Risks of Eating Fish During Pregnancy, According to New Research 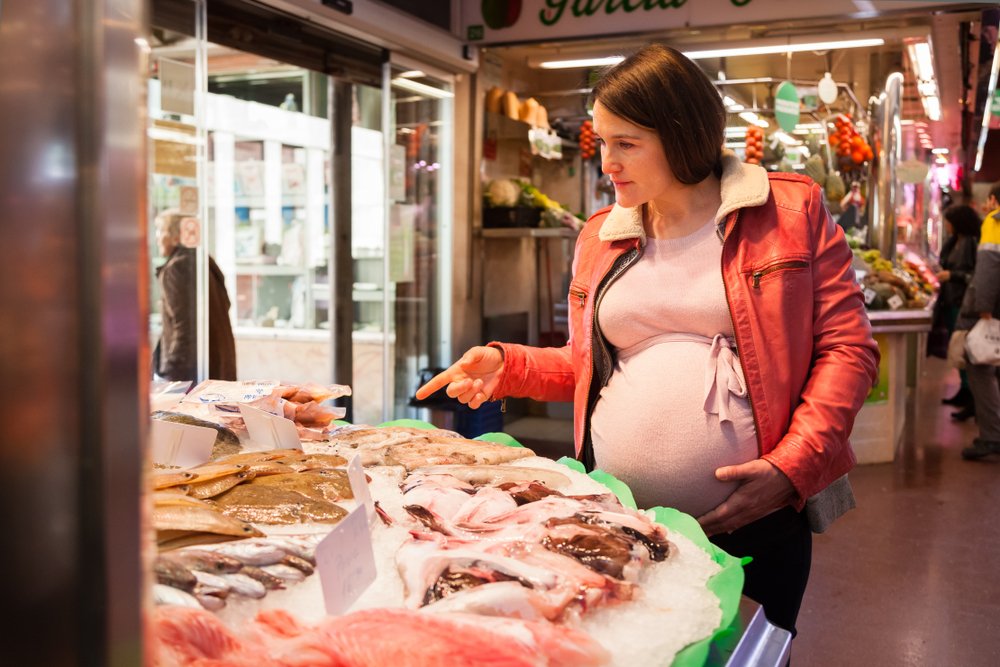 Pregnant women have questions. How much weight should I expect to gain during pregnancy? What can I eat? Or more important, what can’t I eat? What pregnancy supplements should I take? Can I maintain my regular exercise routine?

And pregnant women have concerns. One of those concerns—whether mercury levels naturally found in fish suggest the need to eliminate fish consumption during pregnancy—is addressed in a new study that looked at the association of eating fish and mercury exposure during pregnancy with the impact on metabolic syndrome in offspring.

The results are reassuring for fish lovers. In short, the benefits for children outweigh the risks of pregnant women eating fish.

The study indicates that moderate fish intake of 1 to 3 servings per week during pregnancy was associated with an improved metabolic profile in the progeny. Published in JAMA Network Open, the study was co-authored by researchers at the Keck School of Medicine at the University of Southern California (USC).

According to the study authors, “Our results suggest that, for pregnant women, the benefit of fish intake that is consistent with recommendations from the US Food and Drug Administration (FDA) and the Environmental Protection Agency (EPA) exceeds the risk in terms of the metabolic health of children.”

The study also looked at the impact that maternal fish intake had on the levels of two pro-inflammation biomarkers—cytokines and adipokines—in the children. Inflammation is associated with metabolic syndrome, and the researchers discovered that moderate and high fish intake during pregnancy, as compared to low fish intake, was associated with reduced levels of cytokines and adipokines in the offspring.

Fish is the major conventional food source for omega-3 EPA and DHA, nutrients known for their anti-inflammatory properties, among others. The reduction in the levels of cytokines and adipokines could be the underlying mechanism explaining why fish consumption during pregnancy is associated with improved metabolic health for children.

VIDEO: Why is Omega-3 Important for a Baby’s Brain Development?

But More Is Not Better

It appears there is a delicate balance of fish intake during pregnancy. The study also found an association between high maternal mercury exposure and a high metabolic syndrome score in the offspring, an unfavorable result. “We believe the potential metabolic harm of mercury exposure is of concern and that efforts to limit mercury contamination are needed,” advised the study researchers.

In an article posted by USC’s Keck School of Medicine, lead study author Nikos Stratakis, PhD, theorized, “It is possible that when women eat fish more than three times a week, that pollutant exposure may counterbalance the beneficial effects of fish consumption seen at lower intake levels.”

More About the Study

The population-based prospective birth cohort study included 805 mothers and their singleton children who were part of the Human Early Life Exposome (HELIX) project. The study mined data from research carried out in France, Greece, Norway, Spain and the UK between April 2003 and February 2016. Follow-up was conducted with the mothers and their singleton offspring until the children were aged 6 to 12 years.

BLOG: From Blood Pressure to Pregnancy: USA FDA Recognizes the Power of Omega-3s

The authors advised of several study limitations, noting that as with any observational study, “the possibility of unmeasured residual confounding existed.” Further, they suggested that using self-reporting dietary information could have resulted in misclassification of maternal fish intake.

However, in both instances, the authors referenced reasons as to why they felt these potential limitations did not discount the results, citing adjustment of models for dietary and lifestyle factors in mothers and children for the former, and consistency of the associations across cohorts for the latter.

Because the mercury and the amount of omega-3 long chain polyunsaturated fatty acids (which the authors say are considered the most likely active beneficial nutrients) vary considerably among fish species, and the authors did not have information regarding the types of fish consumed or the intake of omega-3 fatty acids, they could not examine the associations of fish intake with different nutrients and mercury content.

The Fish You CAN and SHOULD Eat During Pregnancy

FDA and EPA’s recommendations advise that pregnant and breastfeeding women consume between 8 ounces (2 servings) and 12 ounces (3 servings) of a variety of seafood per week, choosing from those fish that are lower in mercury. The government recommendations are accompanied by an infographic, which categorizes those choices to indicate which are the most appropriate for pregnant women to achieve lower mercury levels.

The number of fish options are extensive, with over 50 labeled as either “Best Choices” (including fatty fish chock-full with omega-3 EPA and DHA like salmon, sardines, crab, anchovies or trout) or “Good Choices” (such as grouper, halibut and snapper).

FDA also identifies fish to avoid during pregnancy, naming seven selections with the highest mercury levels, including shark and marlin.

VIDEO: Best Practices for Getting Your Omega-3s During Pregnancy

USC’s Dr. Stratakis points out that “fish is a major source of omega-3 long-chain polyunsaturated fatty acids, which are important for the developing fetus.” For women not eating enough fish while pregnant, consider adding an omega-3 supplement or a prenatal vitamin with DHA.

According to OmegaQuant’s Kristina Harris Jackson, PhD, RD, “We know that higher levels of omega-3 EPA and DHA in the body are associated with reduced risk for coronary heart disease, for dementia, for loss of cognitive function, and actually even for improved joint and eye health. For pregnant women, in addition to the possibility of reaping these benefits for themselves, we’re discovering that getting omega-3 fatty acids during pregnancy can lead to long-term benefits for the child, specifically in the areas of healthy brain development, heart health and an improved metabolic profile.”

When it comes to pregnancy and fish consumption and specifically pregnancy and fish benefits, in addition to choosing fish with lower mercury levels, there’s reason to cross-check those choices with those options that contain beneficial omega-3s EPA and DHA.

DHA-only supplements are also very safe, as most sources are algae so you don’t have to worry about fish at all. It is recommended that women do their best to get at least 200 mg per day during pregnancy.

A systematic review studying the neurocognitive development for children born to pregnant mothers who ate seafood during pregnancy found that moderate and consistent evidence indicates that consumption of a wide range of amounts and types of commercially available seafood during pregnancy is associated with improved neurocognitive development of offspring as compared to those eating no seafood.

The review suggests the benefits “began at the lowest amounts of seafood consumed (~4 oz/wk) and continued through the highest amounts, above 12 oz/wk, some range up to >100 oz/wk.”

A second systematic review was related to evidence as to whether seafood eaten by children effects their own neurocognitive development. The experts concluded that “Moderate and consistent evidence indicates that consumption of  >4 oz/wk and likely >12 oz/wk of seafood during childhood has beneficial associations with a wide spectrum of neurocognitive outcomes.”

These reviews were conducted by a technical expert committee formed to address two questions posed by the 2020 Dietary Guidelines Advisory Committee (DGAC). The 45 publications reviewed covered study populations totaling over 100,000 mother-offspring pairs and more than 15,000 children/adolescents.

Importantly, the review found an absence of evidence for any net adverse effects of seafood on neurocognitive development even at the highest levels of intake.

Show Your Baby-to-Be Some Love With Prenatal DHA Supplementation

A study published in JAMA Network Open in February 2019 offered another reason for pregnant women to consider omega-3 DHA supplementation, especially for those mothers whose child becomes overweight or obese.