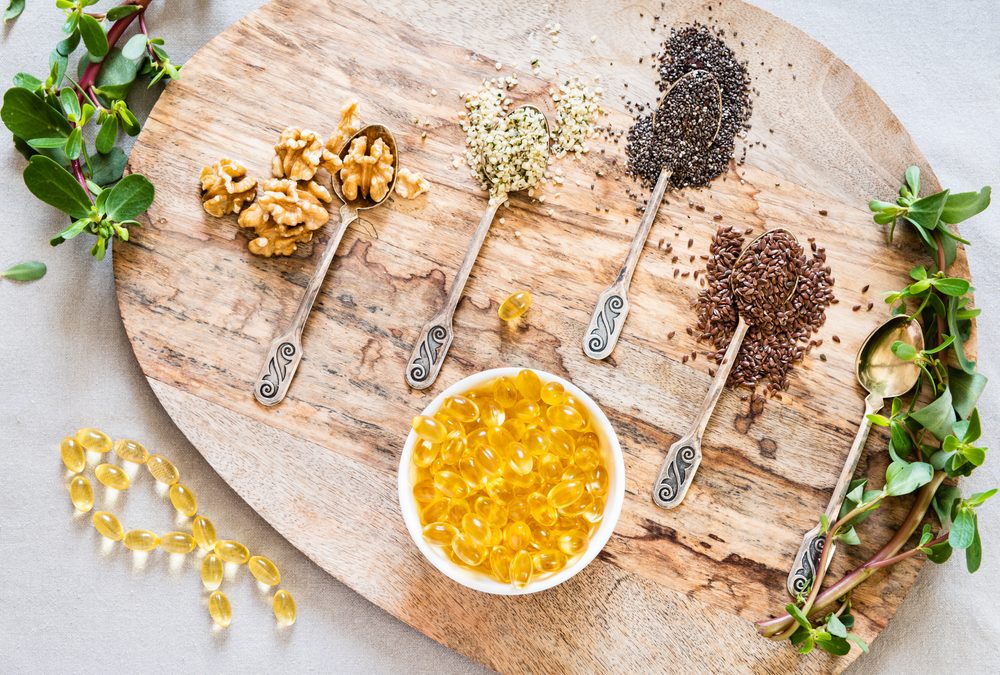 Omega-3 fatty acids — DHA, EPA, and ALA — have garnered attention from the medical and scientific communities over the past several decades, and for good reason. EPA and DHA, specifically, are associated with many health benefits some of which include: anti-inflammatory processes, prevention of age-associated declines in cognition, treatment and prevention of neurological disorders, neuro and cognitive development for infants, and reduced risk of arthritis and cardiovascular disease. Although these health benefits are well known, many still struggle to regularly obtain sufficient amounts of EPA and DHA in their diet.

While ALA is readily available in many plants and pre-made food products, fish is currently the principal source for human consumption when it comes to DHA and EPA. But relying solely on fish to meet DHA and EPA needs can be challenging for several reasons. First, some people just don’t like the taste of fish. Second, some choose not to eat it based on dietary or lifestyle preferences. Third, some have allergies to fish and fish products. And finally, some just don’t have access to fish that are rich in these nutrients. Fortunately, there is another way to meet your EPA and DHA needs entirely through plants.

ALA can convert to DHA and EPA, but…

ALA is a shorter-chain omega-3 fatty acid that is a prominent component of the standard Western diet. Although it does not provide the same health benefits seen with EPA and DHA, the body can convert ALA to EPA and DHA through a series of steps. However, it would not be wise to rely solely on ALA to meet your EPA and DHA needs because studies have found the conversion rates to be meager. While one study reported that 2-10% of ALA is converted to EPA or DHA, another found the rate much lower, closer to 0.3%.

BLOG: What Nutrients Could Your Dog Be Missing?

Regardless of conversion rates, ALA is an essential fatty acid that provides health benefits and should still be consumed in adequate amounts. Current recommendations for ALA are 1.6 grams per day for males and 1.1 grams per day for females, increased slightly if pregnant or lactating to 1.4 grams per day. Based on its prevalence in the typical diet, chances are you are already meeting these requirements without even trying. But just in case, here is a list of 5 foods that are rich in ALA.

Plant sources rich in ALA:

The Only Plant Source of EPA and DHA is…

Although ALA sources are plenty, obtaining EPA and DHA directly would be more effective since conversion rates are so low. Fortunately, there is a plant that can do that — marine algae. Algae may make you think of the greenish slimy vegetation that grows in lakes or ponds, but it’s so much more.

Microalgae can synthesize many compounds, some recognized as nutraceuticals, which positively affect health. Certain types of marine algae are exceptionally unique as they are one of the few vegan sources of EPA and DHA (no conversions needed). While fish are often praised for their EPA and DHA content, they don’t actually produce these nutrients at all. They, like us, get them from their food. Marine algae are the original producers of EPA and DHA in the marine food chain.

Now, you don’t have to try to gulp down the green slimy stuff. Marine algal oil is extracted, purified, and put into clean capsules. However, just as the nutrient composition of fish will change depending on their diet and fat stores, the nutrition of algae can also fluctuate based on the species, stage of growth, seasons, and other environmental factors. It’s crucial to purchase a supplement that is trusted, transparent, and third-party tested. But most important, any legitimate algal oil supplement should clearly list the EPA and DHA content.

Although studies are slim, all results so far suggest that algal oil stands up to the competition. Algal oil has been found to have EPA and DHA percentages and bioavailability equal to that of various fish. In fact, a study conducted in both omnivores and vegetarians found that 600 mg of DHA from algal oil raised blood levels the same percentage as taking an equal amount of DHA from fish oil.

VIDEO: Algal Oil is Vegan and Will Raise Your Omega-3 DHA Level

With consumers’ growing interest in awareness of healthy products and conservation of the natural world, marine algal oil may also satisfy both desires. Microalgae can be grown in controlled conditions, making it less likely to be contaminated by toxins such as methylmercury and polychlorinated biphenyls (PCBs) that can accumulate in fish. Although it’s been generally recognized that the benefits provided by seafood far outweigh the risks, the potential of contamination and environmental pollutions often drive consumers away from these products.

Algal oil may also be more sustainable than fish and fish products. Global consumer fish and fish oil demands have led to increasing overfishing concerns. In recent years, people have been encouraged to increase their intake of fatty fish by 2-3-fold with the good intentions of improving their health. The major problem with this advice is that the world’s oceans may not be able to keep up. The development and use of marine algae to meet DHA and EPA needs might address the global demand for both health and sustainability.

Lastly, with its neutral flavor and plant-based derivative, algal oil tends to be more readily tolerated. Not only are you eliminating fish burps and foul odor, but algal oil is suitable for those who choose not to eat fish, such as vegans, vegetarians, and those with allergies.

How Do You Know If You’re Getting Enough?

Whether utilizing fish or plant sources of omega-3s, testing your Omega-3 Index (O3i) will help you find the Omega-3 source and amount that works best for you. The O3i measures the amount of EPA and DHA in red blood cell membranes expressed as a percentage of the total fatty acids. The O3i is represented as a scale ranging from 0% to 12%, with 8-12% being a desirable range and 4% and below considered undesirable. (To learn more about the Omega-3 Index, check out this article here.)

The only way to reach a desirable O3i level is to increase EPA and DHA in the diet (ALA intake will not raise the O3i). A global survey from 2016 found that regions with high EPA + DHA blood levels (>8%) included Japan and Scandinavia, where moderate to deficient levels (<5%) were observed in North America, Central America, Europe, the Middle East, Southeast Asia, and Africa. It is essential to regularly test your O3i to ensure the Omega-3s in your diet are working for you.

We suggest testing every 3-4 months if your level is below 8%, then less frequently once you find a dietary lifestyle that easily maintains optimal levels. Once you have your O3i results, you can plug them into this simple calculator to tell how much you need to increase your intake to reach that 8% target.

VIDEO: How Much Fish Do You Need to Eat To Reach an Optimal Omega-3 Level