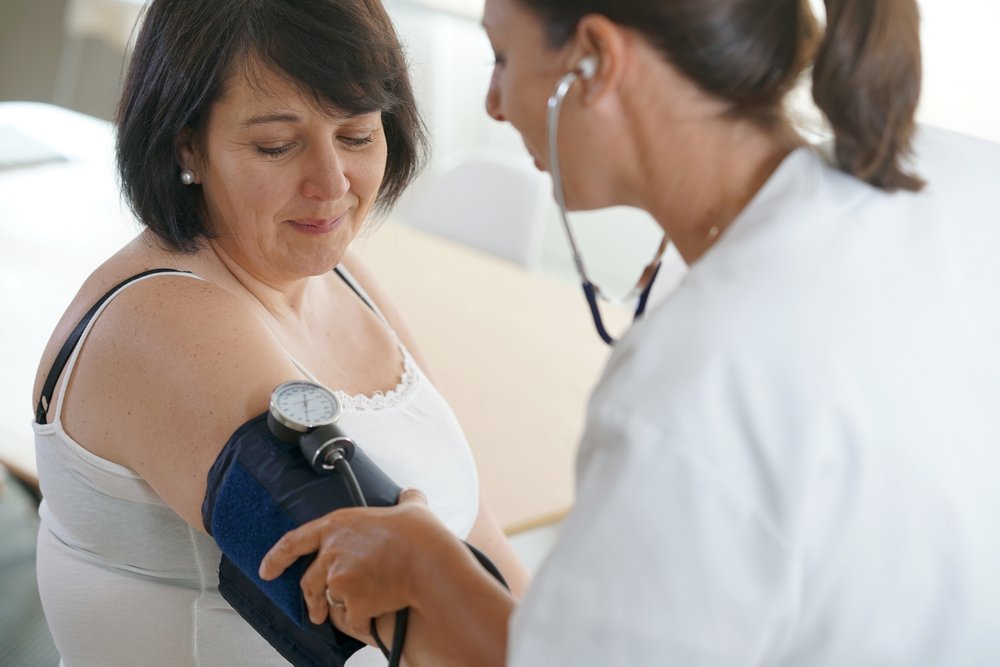 It’s well known that vitamin D is required for strong bones. Yet, the more we learn about the “sunshine vitamin,” the more we see its widespread influence on many health systems outside of this traditional role.

A point of interest has been vitamin D’s function in cardiovascular health. More specifically, a growing number of studies have found that high plasma vitamin D levels are associated with a reduced risk of high blood pressure.

High blood pressure, or hypertension, has become known as the “silent killer” due to its ability to wreak havoc on your health while often showing no symptoms at all. According to the Centers for Disease Control and Prevention (CDC), in 2019, more than half a million deaths in the United States had hypertension as a primary or contributing cause.

What is High Blood Pressure?

As the heart beats, blood is pumped from the heart into the blood vessels and to the rest of the body. Blood pressure is the force of the blood pushing against the vessel walls.

High blood pressure happens when blood flows through the arteries at a higher-than-normal rate. The American Heart Association has an easy-to-read chart displaying “healthy” and “unhealthy” blood pressure ranges. Still, generally speaking, anything above 120/80 is considered higher than normal blood pressure. Many who develop high blood pressure do so in their late 30’s or 40’s. However, due to the rising number of children who are overweight or obese, we are seeing hypertension develop in more and more children.

Blood pressure can change based on (1) the amount of blood your heart pumps or (2) the amount of resistance to blood flow present in your arteries. Therefore, it’s not uncommon for blood pressure to rise acutely during events throughout the day, such as a stressful situation or during exercise. The primary concern is chronically high blood pressure, or hypertension, that is most often due to narrowing arteries over time, causing resistance to blood flow.

What is the Link Between Vitamin D and Blood Pressure?

Observational studies have noted geographic and racial differences in blood pressure and the prevalence of hypertension. Does this sound familiar? Similar to vitamin D deficiency trends, it has been recognized that hypertension is more prevalent during the cold months and is correlated with distance from the sun.

The INTERSALT study, which examined more than 10,000 participants worldwide, found that systolic and diastolic blood pressure was significantly and positively associated with distance from the equator. Correspondingly, latitude is a statistically significant risk factor for vitamin D deficiency. UVB light from the sun promotes the development of vitamin D in the skin. UVB light decreases in cold seasons and as you get further away from the equator, you get less vitamin D production.

BLOG: Research Finds a Link Between the Omega-3 Index and Blood Pressure

Finally, one of the strongest correlations was revealed in a 1998 study when researchers utilized UVB light to treat patients who were vitamin D deficient and mildly hypertensive and found it decreased their blood pressure. The scientific community began to wonder if UV light intensity and efficiency of epidermal vitamin D synthesis may contribute to geographic and racial variability in blood pressure and the prevalence of hypertension.

While a few mechanisms have been suggested, one seems to have the most scientific support, and it has to do with the renin-angiotensin system (RAS). The RAS plays an essential role in regulating blood pressure, electrolyte, and volume homeostasis in humans and animals. Inappropriate stimulation of the RAS has been associated with hypertension, heart attack, and stroke.

The first and rate-limiting component of the RAS cascade is renin. Studies have revealed an inverse relationship between plasma 1,25-dihydroxy-vitamin D concentration and plasma renin activity in both normotensive and hypertensive patients.

BLOG: Vitamin D is Good For the Bones but What About the Heart?

The most convincing mechanistic studies linking vitamin D with RAS blood pressure regulation have been conducted in animal models. One study dove deep with VDR-null mice. They demonstrated that renin expression was more than 3-fold higher than that of wild-type littermates, and both systolic and diastolic blood pressures were significantly higher (>20mmHg) than those of wild-type littermates. Once these abnormal mice were treated with an angiotensin-converting enzyme inhibitor, blood pressure was reduced, confirming that the increase in blood pressure of the VDR-null mice was due to renin and RAS elevation.

This study went a step further. Since vitamin D is a primary regulator of calcium homeostasis, changes in vitamin D status will inevitably alter blood levels of calcium and parathyroid hormone (PTH). Therefore, the researchers wanted to determine whether the effect of VDR inactivation on renin expression in vivo is direct or is secondary to changes in blood calcium or PTH levels.

They did this by treating the VDR-null mice with calcium until calcium levels normalized and found that renin and Ang II levels in the normocalcemic adult VDR-null mice were still significantly elevated. This finding confirms that elevation of renin expression is independent of hypocalcemia. Altogether, the researchers concluded that vitamin D functions as a negative endocrine regulator of the RAS and suggests that maintaining normal serum vitamin D levels is essential for maintaining blood pressure homeostasis.

TOOL: Calculate How Much Vitamin D You Need

BLOG: Is There Such a Thing as Getting Too Much Vitamin D?

Another study in Denmark provided people with hypertension either 3,000 IU of vitamin D per day or a placebo for 20 weeks. They found that people in the supplementation group who were vitamin D deficient at baseline had significant decreases in systolic blood pressure compared to the placebo group.

Lastly, since hypertension is commonly multifactorial, it’s expected that other lifestyle factors such as smoking, obesity, and physical inactivity will likely need to be addressed to achieve optimal results.

Five things you can do to support your blood pressure: