Can Low Vitamin D Cause Fatigue? 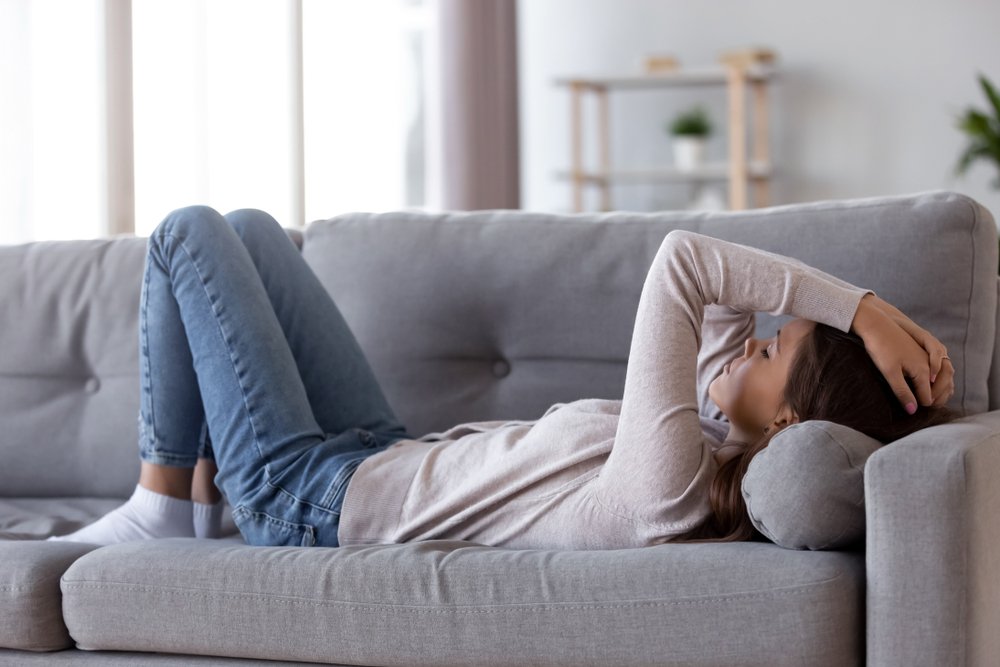 Low vitamin D levels have been associated with a variety of health issues from depression to dementia and from breast cancer to heart disease. Vitamin D deficiencies can also result in bone diseases such as rickets in children and osteomalacia and osteoporosis in adults.

But you may not be aware that if you’re not getting enough vitamin D, you may also suffer from dizziness, headaches, and yes, low energy and fatigue.

Especially this time of year, when the days are shorter, the sun sleeps longer, and we’re bracing ourselves for the winter doldrums, it’s not unusual for us to feel fatigued.

Here are some reasons why we may experience fatigue:

Once you know your vitamin D status, the goal is to get, and keep, you in what we refer to as the “Goldilocks Level” (not too little, not too much, but just right). For vitamin D, we suggest a range from 30 ng/mL to 50 ng/mL. (Below 20 ng/mL is considered deficient.)

Yes, if you’re not getting enough vitamin D you will likely experience low energy and feel tired.

Even children with vitamin D deficiency are prone to sleep issues, with this study in the Journal of Clinical Sleep Medicine concluding that this deficiency was linked to decreased sleep duration, poorer sleep efficiency, and even delayed bedtimes. The authors suggested that future studies in children should examine whether vitamin D deficiency leads to sleep disturbance or whether it is the other way around.

This article from Healthline notes that several studies demonstrated the positive impact that raising vitamin D levels can have on reducing fatigue.

For instance, in this study published in the North American Journal of Medical Sciences, 77% of the 174 adults who presented with fatigue were also found to have low vitamin D levels. After receiving vitamin D treatment for 5 weeks, their fatigue symptoms improved significantly as indicated by the comparison results of their pre- and post-treatment fatigue assessment questionnaires.

Can Vitamin D Deficiency Cause Dizziness?

Lack of sleep can make you feel lightheaded or dizzy.  Further, dizziness and balance issues are often symptoms of chronic fatigue syndrome.

Because we know that vitamin D impacts so many of our bodies’ functions—including our circadian rhythms which in turn help regulate sleep—it makes sense that low vitamin D levels can lead to dizziness and related issues.

In addition, a number of studies have looked at the association of vitamin D on BPPV, the most common form of peripheral vertigo.

For example, one study published in Neurology set out to assess the effect of vitamin D and calcium supplementation in preventing recurrences of peripheral vertigo.

The multi-center, parallel, randomized control trial assigned patients to either the intervention group or the observation group. Those 348 patients in the intervention group with vitamin D levels under 20 ng/mL at baseline were “intended to treat” with vitamin D 400 IU and 500 mg of calcium carbonate twice daily for one year, while the remaining 445 patients in the same group with serum vitamin D levels equal or greater to 20 ng/mL were not asked to take supplements.

The observation group did not get their vitamin D levels tested and did not receive supplements.

The proportion of patients with recurrence of vertigo was lower in the intervention group participants (especially in those from “intention-to-treat” analysis) and also was lower compared to the observation group. Therefore, the researchers advised that supplementation of vitamin D and calcium may be considered in patients with frequent attacks of BPPV, especially when serum vitamin D is subnormal.

Can Vitamin D Deficiency Cause Headaches?

Research is finding an association, if not yet a cause and effect, between low levels of vitamin D and an increased risk for headaches.

A piece in Health.com reported on a study out of Finland in middle-aged men that found those with low-serum vitamin D were at greater risk for frequent headaches in comparison to those with higher vitamin D levels.

In fact, the article reported that “men with the lowest levels of vitamin D were more than twice as likely to have headaches at least once a week in comparison to those with the highest levels.”

Only 9.6% of the study population reported chronic headaches; however, on average, those had lower levels of vitamin D (38.3 nmol/L) compared to those without headaches (43.9 nmol/L).  (As an aside, for math geeks who would like to better understand how these numbers compare with the “Goldilocks” levels mentioned earlier in this blog, please note: according to the NIH Office of Dietary Supplements, serum concentrations of 25(OH)D are reported in both nanomoles per liter (nmol/L) and nanograms per milliliter (ng/mL). One nmol/L is equal to 0.4 ng/mL, and 1 ng/mL is equal to 2.5 nmol/L.)

The study itself references numerous other studies with beneficial associations between vitamin D and headaches, although the study authors point out further research is needed.

This article from verywellhealth.com details three studies on vitamin D deficiency and the relation to headaches. The first study says the prevalence of migraine and tension headaches increased the closer to the North and South Poles and farther away from the equator—with the sun being the presumed differentiator.

In the second study mentioned, those with chronic tension headaches were significantly more likely to be vitamin D deficient, while the third study found that 77% of the 157 migraine sufferers in the study population had vitamin D deficiency, particularly during spring and winter.