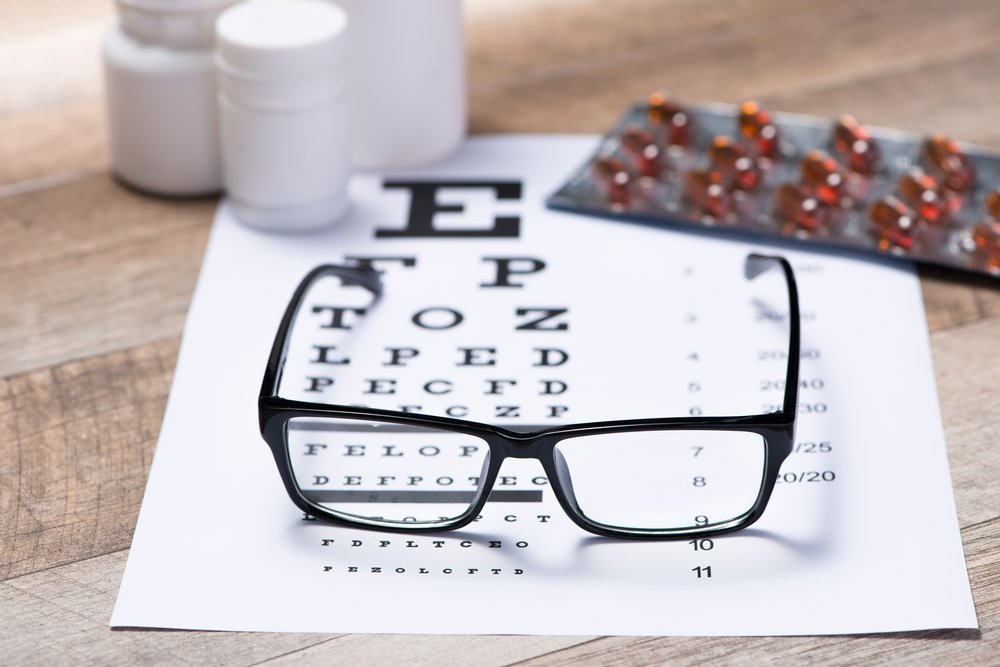 Healthy eyes are an easy thing to take for granted—until you encounter a problem. Staying on top of how to best nourish and care for your eyesight is key when it comes to preserving your peepers over time. While key ingredients for eye health include lutein and zeaxanthin (known to protect your eyes from harmful light and reduce your risk of eye diseases), vitamin A (a deficiency can lead to night blindness and dry eyes), vitamin C (protects against cataracts), vitamin E (fights against visual degeneration) and zinc (shown to slow macular degeneration in older adults)—you might be surprised to find omega-3 fatty acids on the list, as well.

Are omega-3s good for eye health? The short answer:  a resounding ‘yes’! Known for their cardiovascular, immune, and brain benefits, omega 3s are essential to an individual’s overall wellness, and play an important role when it comes to ocular health.

Omega-3s have been shown to reduce the risk of certain eye diseases, including dry eye and macular degeneration. Plus, they’re proven to be vital to brain and eye development during both pregnancy and infancy. One study published by The National Center for Biotechnology Information found that “improving maternal DHA nutrition decreases the risk of poor infant and child visual and neural development.” In addition, the study confirmed that “maternal fatty acid nutrition is important to DHA transfer to the infant before and after birth, with short and long-term implications for neural function.”

Why Is Omega-3 Important for a Baby’s Brain Development

When it comes to omega-3 and eye health, research has shown that two omega-3 fatty acids—docosahexaenoic acid (DHA) and a eicosapentaenoic (EPA)—are important for both visual development and retinal function. Both of these essential fats must come from foods, such as oily fish (the American Heart Association recommends adults eat at least 2 servings each week), or an omega-3 supplement, as the body cannot produce them.

According to the American Optometric Association, DHA is found in the highest concentration in the retina, the part of the eye that responsible for visual recognition, suggesting it has an important function in helping send signals to the brain. It’s also been shown through several studies, like one that showed animals who do not get enough DHA in their diets suffer visual impairment and degradation of the retina. Meanwhile, EPA has been found to be used in the production of DHA in the body.

Roughly 14% of adults in the United States suffer from dry eye disease, a chronic condition caused by decreased tear volume and quality. When the eye isn’t covered by the right mix of water and oils, ocular surface inflammation can occur, causing the disease (also called ocular surface disease).

Symptoms of dry eyes can include a stinging, itchy or burning sensation in your eye; sensitivity to light; blurred vision; mucus in or around your eye; and excessive tearing. Older women, in particular, have a higher risk of dry eye disease than other groups, possibly because of hormonal changes that affect the tear-producing glands.

Researchers hypothesize that omega 3s—particularly EPA and DHA—might reduce the risk of dry eye disease and relieve its symptoms because of their anti-inflammatory activity. Scientific evidence from multiple trials have supported this hypothesis, as omega-3 supplementation has been shown to erase symptoms and progression of dry eye disease.

BLOG: New Research Highlights Omega-3s as Top Mental Health Nutrients …and Not a Moment Too Soon!

One 2018 study showed that daily supplementation with 1,000 mg omega-3s (650 mg EPA plus 350 mg DHA) for 3 months in 518 men and women (mean age about 40 years) living in northern India reduced symptoms and some signs of dry eye disease compared with placebo.

In another clinical trial of 105 men and women, daily treatment with supplements containing 2,240 mg omega-3s (1,680 mg EPA and 560 mg DHA) for 12 weeks also reduced symptoms of dry eye disease compared with placebo. In addition, the supplements increased tear break-up time and decreased tear osmolarity, which measures how much one substance has dissolved in another substance.

Low levels of EPA and DHA have been associated with common eye conditions, such as macular degeneration, glaucoma, and diabetic retinopathy.

Macular Degeneration: Also known as age-related macular degeneration (AMD), macular degenration is the most common cause of severe vision loss in people over 60 and occurs when the central portion of the retina (the part of the eye that senses light) deteriorates.

A 2015 study by the Faculty of Medical and Human Sciences at the University of Manchester “showed that patients who achieved high red blood cell membrane EPA/DHA levels were significantly protected against AMD compared with those with permanently low EPA/DHA levels.”

Similarly, the American Journal of Clinical Nutrition (AJCN) published evidence that a diet that includes plenty of salmon and other cold water fish, which contain high amounts of omega-3 fatty acids, may help prevent AMD or reduce the risk of its progression.

Glaucoma: Omega-3 fatty acids have also proved beneficial for glaucoma patients as they are proven to decrease IOP (intraocular pressure), increase ocular blood flow, and improve optic neuroprotective function. Glaucoma is the second leading cause of blindness in the world. It has been estimated that by 2020 there will be approximately 80 million people with glaucoma, an increase of about 20 million since 2010. Furthermore, it is thought that at present more than 3 million people are blind due to glaucoma, a figure that is set to rise to 3.2 million by 2020 with the increasing prevalence, unless improved screening and effective treatment strategies are successful.

BLOG: What If Your Doctor Knew More About Their Own Nutritional Status?

Diabetic Retinopathy: Experimental studies indicate that consumption of long-chain omega-3 polyunsaturated fatty acids such as EPA and DHA protect against diabetic retinopa­thy (DR), a symptom of types 1 and 2 diabetes that affects eyes. According to the Mayo Clinic, diabetic retinopathy is “caused by damage to the blood vessels of the light-sensitive tissue at the back of the eye (retina).”

A study from Sala-Vila et al. examined this association in humans by conducting a long-term prospective study of 3,482 patients with type 2 diabetes (with a median age of 67) enrolled in the PREDIMED trial. They found that con­sumption of omega-3s (≥500 mg/d) significantly reduced the risk of DR. Participants who consumed at least 2 servings of oily fish per week at baseline also had a lower risk of DR.

Eye Floaters: Similarly, there’s been promising evidence that supports omega-3 and eye floaters. Often appearing as dark spots or rings in front of one’s eyes, eye floaters are fairly common and tend to present themselves as we age. While they can be harmless in nature, they also may signal a serious eye disease. According to the American Journal of Ophthalmology, omega-3s have been shown to be highly effective at easing inflammation related to this condition as well as supporting tear production, which can prove helpful.

The Omega-3 Index and Eye Health

The evidence is strong when it comes to omega-3s and eyesight: the overall wellness of the latter is heavily dependent on the maintaining  healthy levels of the former. So how does one determine the how much omega-3 he/she is taking in? The Omega-3 Index Test is an easy way to see how your levels stack up.

The test, which involves a simple finger prick that can be done at home, measures of the amount of EPA and DHA in the blood, specifically the red blood cell membranes. When you take the test it will give you a percentage indicating your current level of omega-3. For example, if you have 64 fatty acids in a cell membrane and 3 are EPA and DHA, then you would have an Omega-3 Index of 4.6%.

While an Omega-3 Index of 8% or higher is ideal, most consumers find themselves around 6% or below. And unfortunately, due to our western diet, most people in the United States are at 4% or below, putting them in the highest risk category. No matter how healthy you think you are, you should always know your number as there are several health implications dependent upon this level.

Once you learn your number, you can make any necessary adjustments to your diet. The best sources of EPA and DHA are concentrated in fatty fish and other seafood, such as mackerel, salmon, oysters and herring. If you’re not a fish fan or choose not to eat it, an omega-3 supplements made from fish, krill and vegetarian marine algae are good alternatives. Many foods and beverages are now being fortified with EPA and DHA and can be found in the dairy, bread and juice aisles of your local supermarket.

Omega-3s are a vital part of nutrition and wellness. Being diligent about getting enough DHA and EPA in your diet can have positive impacts on treating and preventing diseases when it comes to both eye health and the rest of the body. The American Academy of Ophthalmology recommends individuals receive a baseline eye exam at age 40 even if vision problems have not occurred as this can help rule out or identify early signs of eye disease.