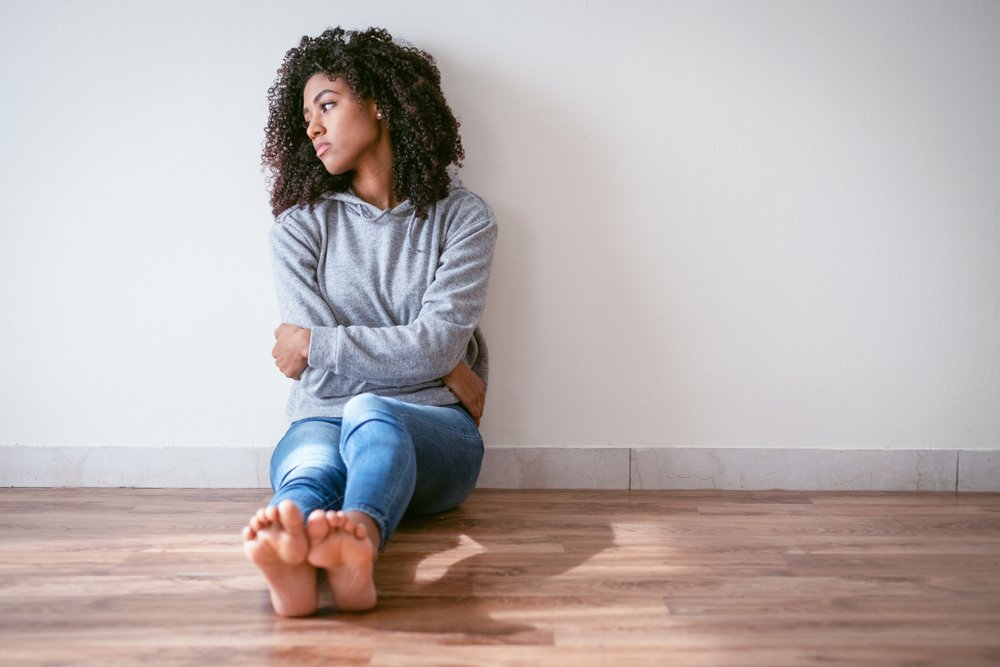 The benefits of omega-3s EPA and DHA are widely established in a variety of avenues including heart, brain and cognitive health for adults, and those benefits begin for children in the womb and continue to support growth and development throughout childhood.

But what happens after that? One area that is not often addressed is the impact of omega-3s in adolescents. And more specifically, how omega-3s help their brain. In fact, recent research on omega-3 and brain health could be a good reason your teenager should consider taking omega-3.

What’s an appropriate omega-3 dose for a teenager? Trick question — they should take an Omega-3 Index test first. Once you know their baseline omega-3 level, you can use our handy calculator to estimate the omega-3 dose for your teenager. After making that change and sticking to the new omega-3 dose, then test three to four months later to see if those changes produce an improved Omega-3 Index score.

The first study found that adolescents with higher levels of omega-3 DHA in their blood were 56% less likely to develop a psychotic disorder later in life. The second study showed that EPA improves cognition in healthy young adults.

BLOG: What’s the Connection Between Omega-3 and Headache?

These studies in themselves are timely, given the fact that as we move beyond the COVID crisis, researchers are looking at the short-term and long-term impact of COVID and its surrounding life events (e.g., loss of loved ones, lack of social contact, school closures and missed milestones like proms and graduations) on mental health. This research extends to the vulnerable adolescent population and that’s the focus of our blog this week.

We’re going to first look at how COVID, and what we’ve collectively been through for the past year-and-a-half, has specifically affected adolescents, both in terms of their mental health and their outlook on life. Then we’ll take a look at the role of omega-3 EPA and DHA in brain health in the adolescent population, with a nod to what we’ve learned from some newly published research on the topic. (Finally, we’ll share results from a second new study, this one on omega-3 EPA and DHA cognitive health in a population young adults.

The Shifting Definition of Adolescence

Let’s start with a simple definition of adolescence. This is the timeframe that focuses on the period of life as a child develops into an adult. Numerically, this phase of life is identified by the World Health Organization (WHO) as those aged 10-19 years. Others, however, believe that changes in social circumstances warrant a push to expand that phase to age 24.

For example, an opinion piece published in 2018 in The Lancet Child & Adolescent Health journal argues that many of the milestones that mark the move into adulthood have been societally extended beyond 19 years, e.g., completion of education, marriage and parenthood—which in turn should, the authors suggest, “…continue to shift popular perceptions of when adulthood begins.”

As one example, as more American teenagers in the U.S. opt for a college education, fearing lack of a viable career without a degree, there comes increased expectation for professional—and well-paying—careers once that degree is obtained. For this generation of college graduates, however, the reality of job fulfillment has often not supported that promise. Combine that lack of anticipated gainful employment with the need to pay back educational loans and you’ve got one example of why so many college graduates appear stuck in adolescence.

VIDEO: Why OmegaQuant Partners with So Many Scientific Institutions

Those are just some of the young adults who watch as dreams of self-sufficiency are postponed as many of them find themselves back in their pre-college bedrooms, once again under the control of their parents after having spent two, four, or even more, years inching toward adulthood only to see that expected next step beyond their immediate grasp.

But the road to adulthood that is littered with emotional, psychological and mental pitfalls along the way starts much earlier—especially for adolescents who are already navigating a tricky path of hormones, emotions, and questionable self-worth.

And that’s all under “normal” circumstances—which we’re just now starting to get back to. Add to the journey a worldwide pandemic and the results on mental health certainly can’t be good. As we’re just beginning to understand, it’s not. Especially for adolescents.

Concerned About the Impact of COVID on Your Teen’s Mental State? You’re Not Alone

In fact, one article assessing the impact of COVID-19 on mental health in adolescents notes that even before the pandemic began, there was an unfavorable trend in mental health issues in this population. According to data from the National Survey on Drug Use and Health, an estimated 13% of U.S. adolescents ages 12-17 experienced at least one episode of major depressive disorder in 2017, yet 60% of these individuals did not receive treatment for their illness.

The piece (published in Psychiatry Advisor) states that “Early findings indicate that these issues are being further exacerbated by the current crisis, with an especially high risk of worsening mental health among individuals with pre-existing psychological problems.”  What we’re now learning is that the results of these early assessments are showing “…increased symptoms of depression, anxiety, and post-traumatic stress disorder among youth of various age groups.”

It’s understandable, of course. Adolescents already experience mood swings from puberty, growth spurts, sleep imbalances, poor diets and social pressures. It makes sense that the added stress brought on by the pandemic will only serve to exacerbate the feelings of loss, sadness, confusion, and being misunderstood felt by the adolescent population.

In June, The Lancet Psychiatry published a study titled “A lost generation? COVID-19 and adolescent mental health” that looked at empirical data in an adolescent population and trajectories of pre-pandemic symptoms of depression in 2016 and 2018 compared with depressive symptoms during the COVID-19 pandemic.

With samples of nearly 60,000 13-18-year-olds in Iceland, the authors’ research showed that depression symptoms increased and mental well-being worsened significantly during the pandemic, more so than one would expect based on the observed trends in adolescent mental health deteriorating over the past decade.

The authors did caution, however, that the observed change could not entirely be attributed to the pandemic alone. They suggested that “…the pandemic might have exacerbated trends already present in the adolescent population, thereby highlighting the status of adolescents’ mental health.”

Yet another study, this one published earlier in the year, emphasized the need for future research to focus on the psychological toll of COVID-19 among adolescents, noting that “the mental toll of the impact serves as a greater challenge for adolescents because [they] lack the psychological capabilities of resilience and coping and the physiological development of adults.”

That brings us to where and how omega-3s EPA and DHA might play a role in brain health for adolescents.

Earlier in this blog, we mentioned two new studies that would be of interest. The first, from researchers at RCSI University of Medicine and Health Science in Dublin, Ireland, found that low levels of omega-3 fatty acids may be associated with higher risk of psychosis.

As an article on nutraingredients.com explains, the researchers were intrigued by the fact that depression appears less common in countries where large amounts of fish are consumed and  wanted to determine if fish oil could therefore play a role in the reducing the risk of mental health disorders.

The scientists examined data from the pool of individuals in the “Bristol’s Children of the 90s” health study, tracking 2700 individuals over time, from age 17 to 24. Among their findings: adolescents with higher levels of DHA at age 17 were 56% less likely to develop psychotic disorder at age 24.

This study suggests that DHA in adolescence could have a preventative effect in reducing the risk of psychosis as the years go by. However, the study’s senior author, Professor David Cotter, doesn’t want to leap to that conclusion just yet. He stated that “The study needs to be replicated, but if the findings are consistent, these results would suggest that enhanced dietary intake of omega-3 fatty acids among adolescents, such as through oily fish like mackerel, could prevent some people from developing psychosis in their early twenties.”

When discussing brain health in adolescents, it’s important to address not only mental health, but also cognitive health.

During adolescence, logic and more complex thinking processes begin to develop. Abstract thinking comes into play as the adolescents begin to question authority, form their own ideas and opinions, and gain the ability to weigh differences of opinions and compare other points of view.

Of most relevance to this blog is, of course, the first point: the need for adequate sleep, hydration and nutrition.

In fact, in March of 2020, we wrote an entire blog on the importance of sleep—an importance that cannot be overstated. We advised that at OmegaQuant we’re specifically interested in the relationship between healthy diet and sleep, and even more specifically, we’re watching as a body of evidence is emerging for what the science has to say about the roles of omega-3s EPA and DHA and sleep.

BLOG: Is There an Ideal Omega-3 Index for Children?

We cited a study from The Journal of Nutrition in a population of Mexican adolescents that found that plasma DHA was associated with earlier sleep timing and longer weekend sleep duration in Mexican adolescents. In other words, adding omega-3s (specifically DHA, but the EPA has other benefits too!) to an adolescent diet, may help improve certain sleep patterns. And that’s potentially good news for parents who are concerned that their adolescent children are not getting to bed early enough and not consistently getting the amount of sleep that’s recommended. Read the full blog here.

New Study on Cognitive Function and Fish Oil Beyond Adolescence

This study researched a population starting just beyond adolescence, with an age range of 25 to 49 years old. Eligible participants had to pass a physical/lifestyle screening test to demonstrate they were in good health, which was defined as being a non-smoker; no prescription, herbal, illicit or recreational drug use; free from major illnesses; having a blood pressure of <159/99 and a BMI between 18.5 and 35. In addition, eligible participants consumed oily fish less than once per week and reported no habitual consumption of dietary supplements, including omega-3 supplements.

VIDEO: How Do Omega-3s Affect Cognitive Function in Children?

The authors described the primary aim of the trial was to build upon previous findings by comparing the effects of treatments enriched with either EPA or DHA, designed for enhanced absorption, on cognition in healthy young adults who habitually consumed low amounts of oily fish.

The 310 participants (male and female) completed a 26-week randomized controlled trial during which time they consumed either 900 mg DHA/daily and 270 mg EPA/daily, 360 mg DHA/daily and 900 mg EPA daily or a placebo of 3000 mg/daily of refined olive oil.

The authors further stated that “the findings also provide further evidence that supplementation with both EPA and DHA may positively influence neural efficiency, although these results need further exploration.” They added that “overall, the findings highlight unique and overlapping functions of EPA and DHA, which future trials should seek to compare further with regard to optimal health benefits.”

We hope we’ve given you a few more good reasons this week to think about the importance of omega-3 EPA and DHA throughout all life stages, especially our teens and young adults.