Can Omega-3s Improve Your Run? 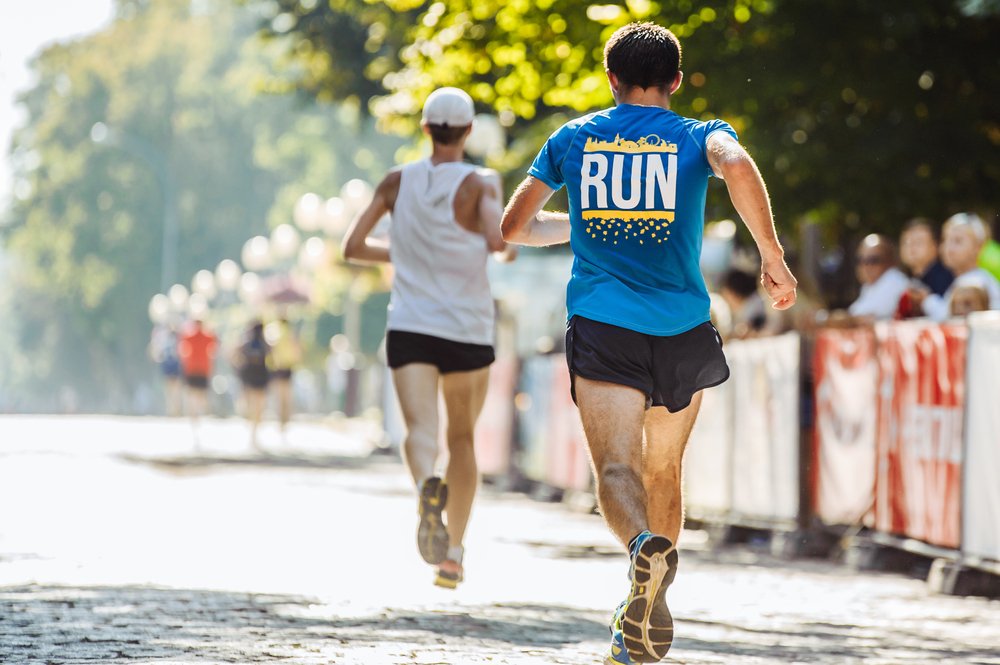 Omega-3s are great for a lot of things, like the heart, brain and eyes. But what about helping you stay fit and healthy? And how about specific activities like running? According to one study, having a lot of omega-3s, especially EPA and DHA, can help fuel a runner’s workout. In another, researchers showed that these fatty acids can help support recovery after strenuous exercise.

The Omega-3 Index is a great tool athletes and those who lead active lifestyles can use to make sure they are getting enough of these nutrients in the first place. Each person’s Omega-3 Index is a very personal indicator of their own status. What this means basically is that many things will influence what your status is, including how much omega-3 EPA and DHA you get in your diet, as well as your genetics, gender, age, lifestyle habits, how much you exercise, and so on.

This is important because people who train at a high level or just work out a lot tend to have a lower Omega-3 Index, even though they are doing something healthy for their body. The question is why.

Take college athletes, for example. In 2018, a group of researchers surveyed the omega-3 status of football players at four major universities—Texas Christian University, University of Utah, University of Missouri, and University of South Carolina.

As part of this study, published in the January 2019 issue of the Journal of Athletic Training, researchers evaluated the Omega-3 Index of more than 400 NCAA football players. About 34% of these athletes had an Omega-3 Index considered high risk (<4%), and 66% had a risk considered intermediate (4%–8%). None had a low-risk Omega- 3 Index (>8%).

BLOG: How Gatorade Is Using Omega-3 Testing to Up Its Game

“Whether this would include promoting increased consumption of oily fish (salmon, mackerel, sardines, etc) or the use of omega-3 supplements (or both) is a topic for further discussion. In either case, the risks of increasing EPA and DHA intake are virtually nonexistent, and the potential benefits appear to be substantial,” they added.

Prior research has produced similar results, although in a smaller group of subjects. In a poster presented in July 2018 during the American College of Sports Medicine Conference, it showed that the average omega-3 index was 4.35% among the football players evaluated. According to a Nutraingredients-USA article discussing this research, revelations like this have led to the use of omega-3 products in professional sports leagues like the NFL, NBA and NHL.

Last April, researchers published a study looking at runners and how much they run, and then compared that to changes in their Omega-3 Index and AA/EPA ratio.

This retrospective, observational, cohort study included 257 non-elite runners who consumed no fatty acid supplements and provided a blood sample for analysis. The whole blood samples were collected by finger sticks, stored on absorbent filter paper, and then PUFA were quantified by gas chromatography (GC) and their Omega-3 Index and AA/EPA ratio were measured.

TOOL: Follow this helpful guide from the Seafood Nutrition Partnership on choosing fish rich in omega-3s EPA and DHA.

These results, the study authors said, are consistent with a previously published study in athletes, which addressed a similar issue. In this study, researchers measured the Omega-3 Index in 106 German elite winter endurance athletes. They found a deficiency of EPA and DHA associated with low Omega-3 Index.

Because the population in the runner study may have an elevated risk for sudden cardiac death or for fatal and nonfatal myocardial infarction, they said a low Omega-3 Index could be considered a new risk marker and risk factor for CVD, particularly sudden cardiac death. Therefore, they believe the use of this biomarker may be a potential option to prevent cardiovascular events in athletes.

These associations suggest that prolonged running activity may negatively influence someone’s fatty acid profile. Therefore, these study authors think future studies could assess whether regular or high intake of omega-3 rich foods may be effective to counteract the effects of running and other endurance activities on fatty acid status. Further large-scale cohort studies will be needed to confirm the influence of running activity on the ω-3 index and AA/EPA ratio.

3 Ways EPA and DHA Can Support Your Workout

First and foremost, omega-3s are very good at controlling inflammation, which is key during periods of intense exercise. Specifically, EPA and DHA can help offset increased free radical damage often generated during strenuous workouts, causing inflammation that taxes the muscles, joints and ligaments. So adding omega-3s might be just the thing you need to ward off muscle soreness, or what those in the training world call delayed onset muscle soreness (DOMS). DOMS can occur one to several days after strenuous exercise and significantly impact your ability to keep training at a high level.

At the same time, they can help keep the arteries clear and blood flowing efficiently through the body and to the muscles, and even the brain.

Last but not least, omega-3s have been shown to increase protein synthesis, which is the process your body goes through when it turns the protein you eat into the fuel your muscles need to grow and stay strong. In a study of nine healthy men and women, Washington University researchers gave 4 grams per day of a purified fish oil for a period of eight weeks in an effort to evaluate the impact on the rate of muscle protein synthesis.

They found that omega-3s increased the subjects’ muscle-building response to insulin and amino acids, both of which are released in the body during exercise. It seems having a higher amount of omega-3 fatty acids in the muscle cell primes it for protein synthesis.

Make sure you are getting EPA and DHA directly! While foods like flax, avocados and chia are abundant in an omega-3 called ALA, our bodies can’t convert this fatty acid very efficiently to EPA and DHA. So it is best to get them preformed from sources like salmon, herring and tuna, or omega-3 supplements. This doesn’t mean you shouldn’t eat flax, chia and avocados because they are certainly healthy on their own. But as a source of EPA and DHA, they are not the most reliable.

Remember, if you are an athlete or just very active, you’re likely burning through your omega-3s at a faster rate than most people, so make sure you test your Omega-3 Index regularly. Using an Omega-3 Index blood test is safe, easy and convenient. And it will help you stay on track with your omega-3 regimen. Testing every 4-6 months makes the most sense.

Given the large upside to increasing omega-3s in the body, it would make a lot of sense for anyone training at a high level to make sure they are getting enough of the right omega-3s—EPA and DHA—by testing their Omega-3 Index. So what are you waiting for?

VIDEO: How Can You Change Your Omega-3 Index?