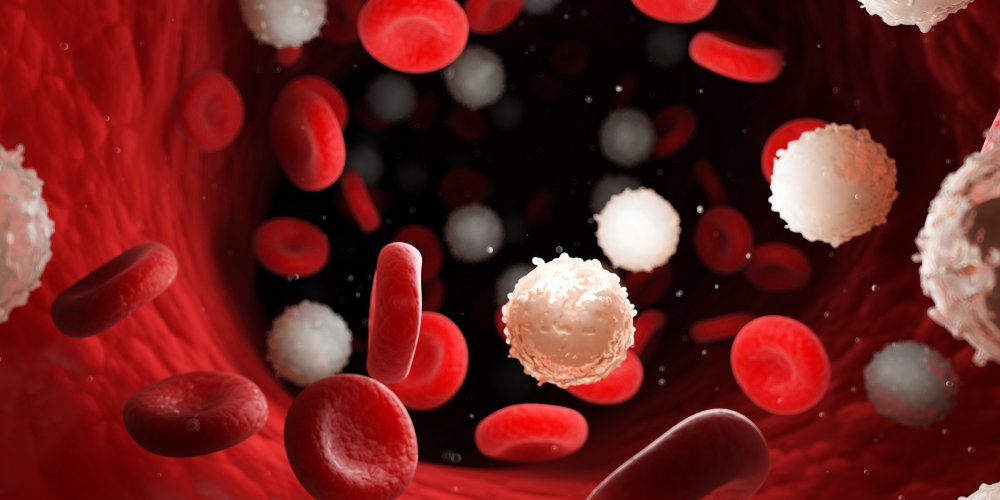 Vitamin D deficiency is associated with many adverse health outcomes. Yet, amid a global pandemic, its role in immunity has been under further review.

Immunity refers to the body’s ability to prevent or eliminate the invasion of pathogens that cause illness. White blood cells (WBCs), also called leukocytes, are big players in immunity and help identify and fight various diseases and infections. When you have fewer than normal WBCs, or a low WBC count, it could mean that your immune system is compromised and you could have a reduced ability to fight infection.

WBC count and function have been found to be influenced by some nutrients, but is vitamin D one of them?

What are White Blood Cells?

The plasma’s main job is to transport blood cells throughout the body along with nutrients, waste products, antibodies, proteins, and hormones.

The primary purpose of red blood cells is to carry oxygen from the lungs to the rest of the body.

The platelets’ main function is to help in blood clotting by gathering at the site of an injury and forming a platform for coagulation to occur.

The primary purpose of the WBCs is to fight infection and aid in immunity.

WBCs are the body’s primary defense against foreign pathogens. They are created in the bone marrow and move throughout the blood and lymph system hunting for invaders. A low WBC count can leave a person more susceptible to infection, increase the duration of illness, or increase its severity.

The total WBC count is the sum of five different types of WBCs, each playing its role in fighting infections.

What Causes a Low WBC count?

The normal WBC range is between 4,000 and 11,000 per microliter of blood. However, this can differ among individuals, so be sure to speak with your physician if you are concerned about your WBC count. Several conditions can lead to a low WBC count (leukopenia) such as:

Infectious diseases: Acute or chronic infection can lead to low WBC count as they are being utilized more rapidly than replenished.

Autoimmune disorders: Some autoimmune conditions, such as lupus and rheumatoid arthritis, affect the bone marrow and kill WBCs or diminish production leading to leukopenia.

Some medications: Certain medications can lead to a low WBC as a side effect.

Malnutrition: Leukopenia can be caused by several vitamin or mineral deficiencies, including vitamin B12, folate, copper, and zinc.

Within the last decade, vitamin D has emerged as an important immune regulator, and an association between vitamin D and leukopenia has been confirmed in several studies.

BLOG: Are You Getting Enough Vitamin B12?

However, all these studies observed low vitamin D with low WBC count in already clinically ill subjects, and correlation does not mean causation. To date, there appear to be no studies that confirm vitamin D is a cause of low WBC count. Furthermore, one study examined the effect of vitamin D therapy (10,000 IU/kg) on WBC count in 40 adolescents with vitamin D deficiency. They found no significant impact on WBC total and differential count after four weeks of supplementation. Still, don’t shy away from vitamin D to support your immune health just yet. Vitamin D does influence immunity in other impactful ways.

Vitamin D and Our Immune System

Every stage of the immune response depends on the presence of certain micronutrients, and within the last 15 years, vitamin D has emerged as a central regulator of host defense against infections. Although evidence at this time does not suggest vitamin D will influence WBC count directly, Hossein-nezhad et al. recently showed that vitamin D supplementation in vivo regulated the expression of 291 genes, many of which were related to human health. The affected genes are known to interfere with more than 160 distinct biological pathways involved in apoptosis, immune function, transcriptional regulation, epigenetic modification, response to stress, and cell cycle activity and differentiation.

Furthermore, vitamin D has been found to act locally on the immune system and some immune cells have even been found to synthesize vitamin D on their own. Vitamin D receptors are expressed in several types of immune cells, including monocytes, macrophages, dendritic cells, and activated T cells. Macrophages even produce the 25-hydroxyvitamin D hydroxylase enzyme, allowing for the local conversion of vitamin D to its active form. Vitamin D is clearly important to immune cell function and has been found to contribute to innate and adaptive immunity in several ways.

Immune cell differentiation, proliferation, and functioning: vitamin D increases the differentiation of monocytes to macrophages and promotes movement and phagocytic ability of macrophages. Macrophages play a central role in the initial non-specific immune response to pathogens or tissue damage.

Antimicrobial activity: vitamin D regulates antimicrobial peptide and expression of cathelicidin and defensin, proteins critical for innate immunity because they directly kill pathogens. In this way, vitamin D is a potent stimulator of mechanisms associated with pathogen elimination.

Promotion of immune tolerance: It’s been proposed that vitamin D can promote immune tolerance by inhibiting the maturation of dendritic cells, thereby suppressing their capacity to present antigens to T cells and ultimately inhibiting T cell proliferation and differentiation. In this way, vitamin D represents a potential treatment for autoimmune disease and host-graft rejection. A comprehensive illustration of this role can be found in a review by Dr. Martin Hewison.

Vitamin D and Our Health and Wellness

Research suggests that improving vitamin D status will enhance the expression of genes with a wide variety of biological functions associated with cellular proliferation, differentiation, immune function, and DNA repair. These genes are linked to different types of cancers, autoimmune disorders, and cardiovascular disease. And possibly even more attractive at this time, vitamin D has also been associated with COVID-19 disease risk and outcomes.

The vitamin D system is complex. A big misconception that may be negatively affecting our health and wellness today is that vitamin D’s only function is in bone health. Current recommendations for vitamin D levels are set to prevent rickets. Yet, this number may not be optimal for other health outcomes that we now know are influenced by vitamin D status.

Optimal vitamin D levels need to be reassessed to include consideration of the many roles vitamin D plays in human health outside of bone integrity. Vitamin D is an integral part of the immune system, and the body needs optimal levels for practical immune function. Do you know what your vitamin D status is?