Choline and DHA Uptake During Pregnancy 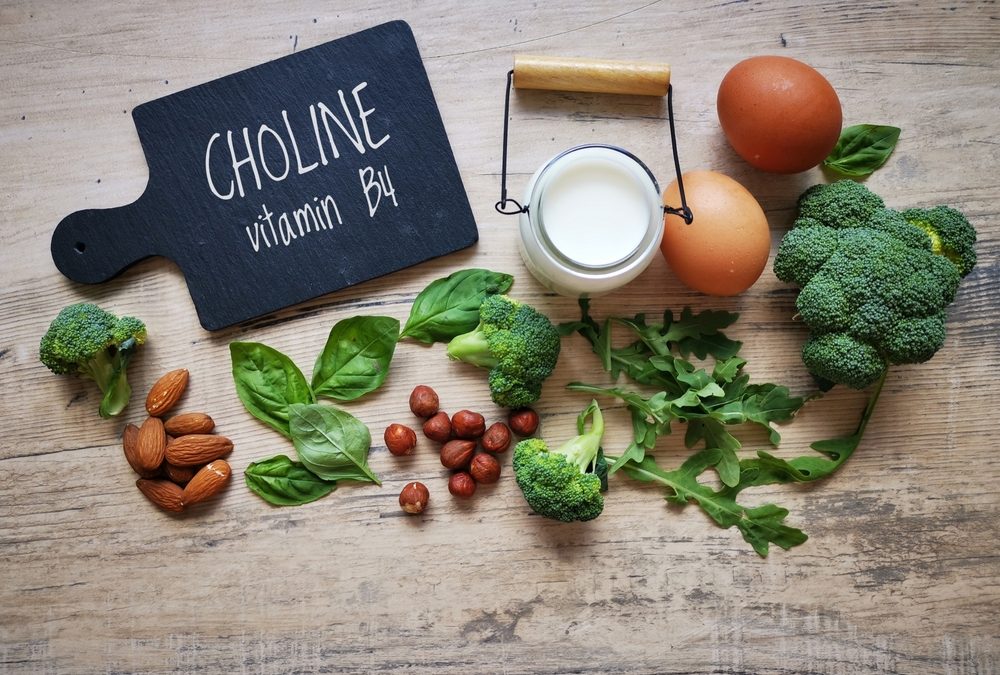 Prenatal health care is a topic that continues to be investigated and prioritized as a public health initiative. Leading health organizations such as the World Health Organization (WHO), the American Congress of Obstetricians and Gynecologists (AGOD), and the American Academy of Pediatrics (AAP) have emphasized the role of nutrition throughout all stages of pregnancy and infancy. Some common nutrients discussed when considering pregnancy include folate, iron, calcium, and docosahexaenoic acid (DHA). But emerging from more recent evidence is another nutrient that is often overlooked but just as important. Choline.

Choline is a nutrient that doesn’t often make headlines, but this under appreciated molecule plays several vital roles in human health and should not be discounted. While choline can be produced endogenously by human liver cells, it is still considered an essential nutrient because its synthesis via the hepatic phosphatidylethanolamine-N-methyltransferase (PEMT) pathway is estimated to provide only 30% of the amount required for optimal health and function. Therefore, food sources of choline are needed to meet physiological demands.

Choline is widespread and can be found in plant and animal food sources such as meat, poultry, fish, dairy products, eggs, beans, nuts, and whole grains. It plays vital roles in preserving the structural integrity of cell membranes, producing acetylcholine, an essential transmitter for memory, mood, and other brain and nervous system functions, and modulating several other body functions such as gene expression, cell membrane signaling, lipid transport and metabolism, and fetal growth and development.

Choline needs are increased for pregnant and lactating women because it is used for fetal brain development and placental function. Several studies have reported that inadequate maternal choline intake may lead to congenital disabilities and impaired postnatal cognitive ability. Moreover, low choline intakes may also have significant implications for maternal health, such as the increased risk of acute fatty liver during pregnancy.

A 2020 review published by Caudill et al. outlines the literature on maternal choline supply and pregnancy outcomes over the last decade. The review’s authors found a positive association between prenatal maternal choline intake and offspring’s cognitive function and reduced risk for pre-term delivery, neural tube defects, and other non-neuronal congenital disabilities such as orofacial clefts and diaphragmatic malformations. The article concludes with a professional consensus that there is enough evidence to recommend choline supplementation during pregnancy and lactation.

DHA’s role in brain and eye health has been investigated since the 1990s and has already developed a reputation in the prenatal community. Like choline, DHA can be synthesized endogenously from other molecules. Yet, conversion is so low that food sources are still required. Food sources include cold-water fatty fish such as salmon, mackerel, tuna, herring, and sardines.

DHA needs of the fetus rise throughout pregnancy, peaking toward the end of the third trimester when growth and development are greatest and when there is a significant accretion of DHA in fetal brain tissue.

Maternal DHA status has been found to impact both mother and baby in several ways. For mothers, low levels of DHA have been associated with an increased risk of various diseases during the perinatal period, including postpartum depression. DHA deficiency during fetal development leads to decreased DHA levels in neural tissue and is associated with deficits in psychomotor development, reading skills, visual acuity, problem-solving, and attention, as well as birth weight and risk of pre-term birth.

VIDEO: Why Getting to the 5% DHA Target is so Important for Pregnant Women

Choline and DHA Work Together to Enhance Positive Pregnancy Outcomes

Choline and DHA are two crucial lipid-based nutrients that may be stronger when working together. A recent study published in September of 2022 investigated the effect of prenatal choline supplementation, administered throughout the second and third trimesters of pregnancy, on biomarkers of DHA status among pregnant participants consuming supplemental DHA.

Several other articles have explored the relationship between choline and DHA in pregnancy outcomes and have come to similar conclusions. For example, a review published in 2019 aimed to evaluate the roles of choline and DHA in infant and maternal nutrition to determine a possible synergistic relationship between both nutrients in brain and eye health. The authors noted that this relationship is a two-way street. Not only does choline support DHA utilization, but DHA supplementation significantly increases cellular choline uptake.

Evidence from several studies has supported the hypothesis that supplementing choline and DHA in combination yields complementary benefits and is more efficacious in enhancing the action of the other. Furthermore, the AAP has recognized that choline and omega-3 fatty acids are critical nutrients for normal brain development, and deficits during early development can have long-term effects on infant brain health and function.

Evidence suggests that a significant proportion of the population (over 90%) does not regularly consume adequate amounts of choline in their diet. This is particularly true among pregnant and lactating women, as their needs are higher than those of the non-pregnant population.

The Food and Nutrition Board of the Institute of Medicine has published Adequate Intake (AI) levels for choline, a level assumed to ensure nutritional adequacy. The AI levels vary based on age, gender, pregnancy, and lactation.

Currently, recommendations for adults over 18 are 550mg/day for men, 425mg/day for women, 450mg/day for pregnancy, and 550mg/day for lactation. However, some evidence has found that higher choline intakes (930 mg/d) during the third trimester of pregnancy can attenuate reductions in choline-derived plasma biomarkers that are often reduced during pregnancy, restore choline to concentrations observed in non-pregnant women, and enhance the generation of PEMT-derived molecules. With the tolerable upper limit (UL) for choline set at 3,500 mg/day for adults, there is space above the established AI levels if higher choline intake is required for optimal pregnancy outcomes.

Dietary intakes of DHA are also low in the standard American diet, with the majority of adults failing to consume enough seafood (7-8 oz weekly) to equate to the recommended 250mg EPA + DHA omega-3 fatty acids daily. Like choline, recommendations for pregnant and lactating women are slightly higher. The US Department of Agriculture Dietary Guidelines advises weekly consumption of 8-12 oz of low-mercury content seafood for pregnant and lactating women, noting that DHA is associated with improved health outcomes. Yet, it’s estimated that up to 95% of women of childbearing age do not consume enough seafood to meet these recommendations.

BLOG: What do Your Prenatal DHA Results Mean?

If dietary intake through food is inadequate, supplementation may be beneficial. Yet, the only way to know with certainty whether supplementation is required is to test the current nutrient status. Choline status is not a typical lab in healthy populations but can be measured through a medical blood test if requested.

According to the National Institutes of Health (NIH) Office of Dietary Supplements, plasma choline concentrations should range from 7 to 20 mcmol/L (7-9.3 mcmol/L when fasted) in healthy adults. In contrast, DHA testing has become simple and accessible over the years, and self-administered tests can be delivered directly to your home to test prenatal DHA and mother’s milk DHA levels. Accumulating evidence suggests that a DHA target of 5% is ideal for the pregnant population. Check out this blog post and video for more information on DHA needs during pregnancy.

Current evidence indicates a strong synergistic relationship between choline and DHA. Taken together, there are greater increases in physiological use of each nutrient than when taking either alone. The interactions between choline and DHA may profoundly impact fetal growth and development, particularly neuro, brain, and eye health, as well as maternal health outcomes.

Dietary intakes of choline and DHA in the US population are lower than recommended. It may be beneficial for the prenatal and pregnant population to check choline and DHA levels through testing, so that dietary modifications can be made to enhance health and wellness outcomes.