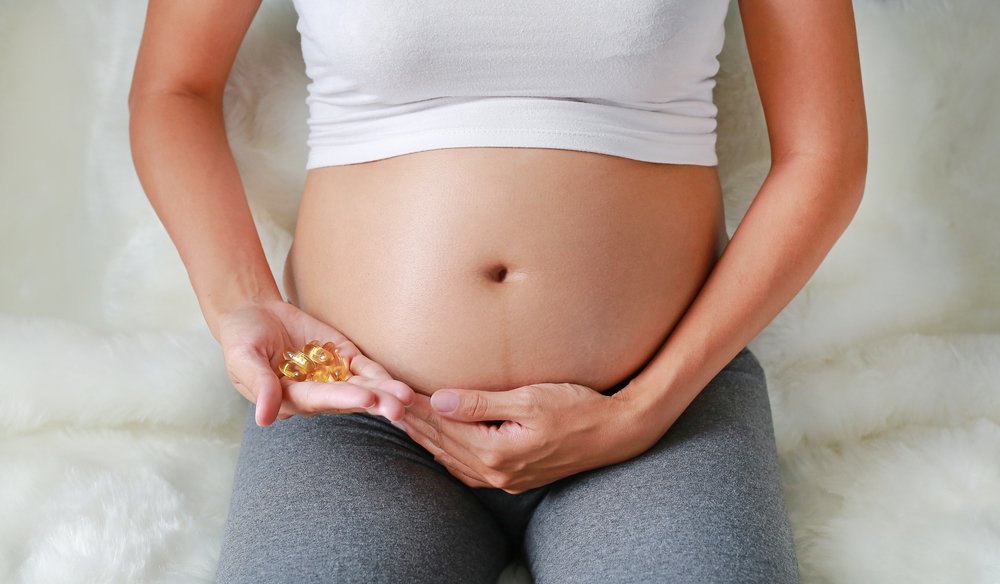 A study published in the New England Journal of Medicine last week shows that those who have the lowest omega-3 DHA levels might benefit the most from supplementation when it comes to reducing their preterm birth risk.

Called the ORIP Trial (Omega-3 fats to Reduce the Incidence of Prematurity), the purpose of the study was to investigate whether taking a fish oil rich in the omega-3 fat DHA would help prevent very premature delivery (before 34 weeks).

The high level results showed that DHA supplementation had no effect on early preterm birth, especially for those already getting a fair amount of DHA in their diet or through supplementation.

However, these results conflict with those of a research review published late last year showing that omega-3 supplementation reduces the risk of having a preterm baby by 11% and an early preterm baby by 42%.

Studying ~5400 Australian women, ORIP is the largest clinical trial of omega-3 supplementation during pregnancy in the world.

According to the ORIP researchers, infants are born at term (around 40 weeks of pregnancy) but unfortunately some infants are born prematurely (before 37 weeks of pregnancy). Although there have been tremendous improvements in the care of premature infants there are still many health risks of being born too soon and these risks are greater the earlier the baby is born, particularly in those born very premature (less than 34 weeks).

INFOGRAPHIC: The Risks of Preterm Birth

“DHA is found in fish and fish oils and is thought to have a number of health benefits, including helping to maintain a pregnancy to full term. We have found evidence to support this when we conducted a study of DHA supplementation in over 2000 pregnant women to see if DHA supplementation in pregnancy reduced the risk of postnatal depression in women or improved the development of children (the DOMInO trial),” the researchers said.

“We observed that women who took DHA-rich fish oil from 20 weeks until birth had pregnancies that were 1-2 days longer than women in the control group. We also saw that fewer women in the DHA-rich fish oil group gave birth to very premature babies. However, this was offset to some extent by an increase in the number of women who had gone over their due date and were induced or had Caesarean-sections.”

The ORIP trial used the same treatment as in the DOMInO trial, but they started supplementation earlier and stopped the supplements at 34 weeks gestation.

Approximately 80% of Australian women now consume perinatal supplements, many of which contain small doses of DHA. Although the researchers in the ORIP study excluded women who were taking more than 150 mg of DHA per day, they enrolled more than 700 women who were known to have been regularly consuming a low dose of DHA (≤150 mg per day).

As a result, this may have influenced the baseline level of DHA among the women included in the ORIP trial, which was about 20% higher than that observed in the Kansas University DHA Outcomes Study (KUDOS), in which a significantly lower rate of early preterm delivery was observed with omega-3 supplementation than with placebo.

ORIP researchers said it is possible that women with low omega-3 status are the ones most likely to benefit from dietary supplementation strategies; however, they did not find evidence to support this hypothesis in the prespecified subgroup analysis they performed according to baseline DHA status. They believe further study is needed to determine whether there may be benefit in women who have low omega-3 levels.

According to Kristina Harris Jackson, Director of Research for OmegaQuant, blood levels in the ORIP study were 4.5% DHA at baseline for both groups; at 34 weeks, the omega-3 group went up to 5.1% vs. 4.1% in the control group. “We converted their DHA level from whole blood to RBC values,” she said. “With 900 mg per day DHA, I’m very surprised levels didn’t increase more than 0.6%. In a study where women were given 200 mg per day of DHA for 10 weeks starting in the third trimester, DHA RBC levels went from 5.3% to 6.4% (~1.1%). Was compliance an issue?”

VIDEO: How We Established the Protective 5% DHA Level for the Prenatal DHA Test

Another difference Dr. Jackson pointed out was that the researchers stopped supplementation at 34 weeks to avoid increasing post-term interventions. In most other studies, however, supplementation was continued until birth. “This could have affected the outcomes,” she said. “Also, 6-8 weeks of no supplemental DHA during perhaps the most critical part of pregnancy as far as fat and DHA transfer to the fetus is concerned is troubling.”

One BIG caveat for the ORIP study, Dr. Jackson said, is that they included women with multiple fetuses (twins+). This is highly unusual for these kinds of studies because twins are known to affect gestational period. Olsen et al. 2007 found that 2.7 grams per day of fish oil didn’t do anything to elongate the gestational period for twins.

BLOG: From Blood Pressure to Pregnancy: The US FDA Recognizes the Power of Omega-3s

Furthermore, most studies in last year’s Cochrane Review excluded twins from recruitment. In supplementary analyses of ORIP there is a significant effect on preterm birth rates in women with singleton births only.

“I can’t imagine that 900 mg per day of DHA is not high enough for the general pregnant population,” Dr. Jackson stated. “I still think 200-300 mg per day of DHA is a good target intake, especially for those with low DHA levels. How blood levels and supplementation are interacting in this study is difficult to explain.”

They also said: “We’re not saying that omega-3 doesn’t work across the board, it just depends on what your personal levels are… Women who regularly eat fish or take a multivitamin supplement containing fish oil might not benefit from additional omega-3 supplements.”

To that end, it seems, women who are pregnant or want to become pregnant might benefit from establishing their own omega-3 DHA level first before they decide how much and how often to take this important nutrient before, during and after pregnancy. Once their initial DHA level has been established, they will know whether or not their diet is delivering a protective amount. If not, then it would be reasonable to discuss a potential DHA supplementation strategy with their doctor.

In December last year, Dr. Jackson published a paper establishing a 5% omega-3 DHA level is the number women should strive for in reducing their risk of preterm birth. Following publication of that paper, she created the Prenatal DHA Test, a simple dried blood spot test that is expensive and easy to administer for both doctors and patients.

INFOGRAPHIC: 10 Reasons Every Women Should Know Her DHA Level