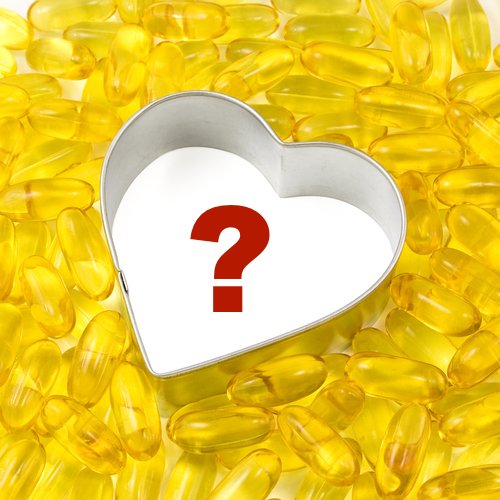 It is one of the most popular questions asked about omega-3s— do they lower cholesterol? The simple answer is no, they don’t lower cholesterol. But they do have an impact on other risk factors related to heart disease, such as triglycerides, blood pressure and the Omega-3 Index.

Unfortunately there are articles out there that continue to say that omega-3s do lower cholesterol, so we would like to set the record straight.

First of all, let’s talk about what cholesterol is. Cholesterol is a fat-like substance produced by the body to help it make hormones as well as nutrients like vitamin D. It is produced by the liver and found all over the body, especially in the blood.

Cholesterol becomes problematic when there is too much low-density (LDL) lipoprotein in your arteries. Here it can form plaques, which narrow the arteries and impede blood flow. Lack of blood flow to the heart could eventually result in a heart attack or stroke.

Unfortunately our modern diets are rife with substances that can overwhelm the body. Cholesterol is one of them. The body makes all of the cholesterol it needs from the liver. Any additional cholesterol will combine with our body’s cholesterol to form plaque, which clogs the body’s arteries. When the situation gets out of control, doctors either order cholesterol-lowering medicines likes statins or surgical interventions like stents.

This has been standard of care for several decades. However, recent research is calling into question whether or not cholesterol levels should even factor into heart disease diagnosis and treatment.

Research published in August last year comprehensively reviewed current literature, disputing LDL cholesterol as one of the root causes of cardiovascular disease. So, even if omega-3s could lower cholesterol, it may not even matter.

Cholesterol aside, triglycerides are also blood fats that in high numbers can wreak havoc on the arteries. Like cholesterol, it too races around in the blood but its primary purpose is to provide energy.

Triglycerides are produced when the body converts calories it doesn’t immediately use. Instead, they are stored in fat cells and released between meals as a source of energy.

High triglyceride levels (hypertriglyceridemia) can occur if you take in more calories than you are burning. The typical ranges for triglycerides are:

The science behind omega-3s and their ability to lower triglycerides is pretty solid. In fact, a 2009 systematic review and meta-analysis concluded that omega-3s produce a clinically significant reduction in triglycerides, but not total, LDL or HDL (high density lipoprotein) cholesterol.

The American Heart Association (AHA) says blood pressure is the result of two forces: The first force (systolic pressure) occurs as blood pumps out of the heart and into the arteries that are part of the circulatory system. The second force (diastolic pressure) is created as the heart rests between heart beats.

High blood pressure can increase the workload of the heart and arteries, which over time can damage the delicate tissues inside the arteries. Cholesterol can also form plaques that further narrow the arteries and raise blood pressure, perpetuating a vicious cycle that could lead to arrhythmia, heart attack and stroke.

The AHA refers to blood pressure as a silent killer because it quietly causes damage that can slowly but surely threaten your health. The best prevention, AHA explains, is knowing your blood pressure numbers and monitoring them on a regular basis.

WATCH: How high is too high when it comes to blood pressure?

Another simple modification could be adding more omega-3s to your diet. A few years back, research published in the American Journal of Hypertension stated that omega-3s are just as effective for lowering blood pressure as exercise, dietary changes and reducing alcohol consumption.

Another study published last July in Hypertension showed that the level of omega-3s in the blood is inversely related to blood pressure levels in healthy young adults. In other words, the more omega-3s present, the lower the blood pressure.

The study evaluated 2036 healthy young adults between the ages of 25 and 41. Anyone with cardiovascular disease, known diabetes or a body mass index (BMI) higher than 35 kg/m was excluded. Blood levels were measured using the Omega-3 Index. The average Omega-3 Index was 4.58%. An ideal Omega-3 Index is 8% or higher.

Originally proposed in 2004 by Dr. Bill Harris, PhD, the Omega-3 Index is simply a measure of the two most important omega-3s in your diet — EPA an DHA. There are omega-3s in salmon where they are delivered along with other important nutrients like selenium and vitamin D. But you can also get omega-3s without the fish in the form of dietary supplements. Typically the omega-3s in supplements come from fish oil, krill oil or algal oil.

Research shows that intakes of these fatty acids are independently associated with increased risk of death from coronary heart disease (CHD). In randomized secondary prevention trials, fish or fish oil have been demonstrated to reduce total and CHD mortality at intakes of about 1 g/day.

Dr. Harris says the Omega-3 Index fulfills many of the requirements for a risk factor, including consistent epidemiologic evidence, a plausible mechanism of action, a reproducible assay, independence from classic risk factors, modifiability, and, most important, the demonstration that raising levels will reduce risk for cardiac events. In other words, it could be just as important, if not more so, than your cholesterol level.

The Omega-3 Index risk zones are:

To establish the Omega-3 Index as a risk factor, Dr. Harris and his colleagues conducted clinical and laboratory experiments to generate data necessary for the validation of the Omega-3 Index as a CHD risk predictor. The relationship between this putative marker and risk for CHD death, especially sudden cardiac death (SCD), was then evaluated in several published primary and secondary prevention studies.

When Dr. Harris proposed the Omega-3 Index several years ago, he said it represents a novel, physiologically relevant, easily modified, independent, and graded risk factor for death from CHD that could have significant clinical utility.