Do Omega-3s Thin the Blood? 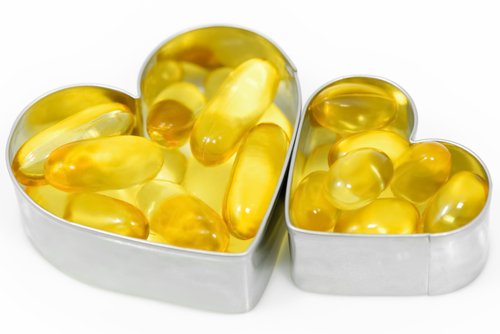 If you are reading this there is a good chance you take omega-3s and have a heart issue, or you know someone who does. There is also a good chance that they take blood thinners, which can lower their risk of blood clots, and therefore the risk of heart attack and stroke.

So if that’s the case, then you may also be wondering whether omega-3s — like the ones found in fish oil products — taken in conjunction with other medicines like blood thinners will increase your risk for bleeding since that’s what you may have read in magazines or heard from your doctor.

One of the biggest concerns for doctors who have patients on blood-thinners is the other medications or dietary supplements they may be taking. This is because certain products can inactivate and others can add to the effects of blood thinners and increase the risk of bleeding, or the risk of blood clots. And both are potentially dangerous.

Some of the medications doctors typically ask about are antidepressants like Prozac and Cymbalta, antibiotics like Diflucan and Zithromax, anti-inflammatories like Celebrex and Aleve, herbal supplements like ginkgo and ginseng, and yes, fish oil, which contains the omega-3s EPA and DHA.

What Do Blood Thinners Actually Do?

Some examples of anticoagulants include heparin and warfarin. And they are usually prescribed by a doctor when your body is making blood clots, or you have a medical condition known to promote clots like atrial fibrillation.

The other class of blood thinners is referred to as antiplatelets, which are weaker than anticoagulants. Some examples include aspirin and clopidogrel (Plavix). Some blood thinners are injectable, while others come in pill form. Very simply, the role they play in the body is keeping your platelets from getting too “sticky” and clomping together, which is the beginning of a blood clot.

The way some anticoagulants work is by competing with vitamin K, which your  liver needs to produce special proteins called clotting factors. These help blood cells and platelets (tiny pieces of blood cells) bind together. This is how warfarin works. Heparin also works by inhibiting the clotting factors thrombin and fibrin.

Blood clots can stop the flow of blood to the heart, lungs and brain. The result can be heart attack or stroke. So if you are at high risk of blood clots, then taking blood thinners is a good idea.

But did you know that despite their name blood thinners don’t actually make your blood “thinner?” And they don’t break up clots that are already in your blood vessels. Technically, what they do is keep blood clots from forming. Doctors just use the phrase “blood thinners” to help give patients a mental picture of what’s happening.

But “thinner” blood is not always better, as blood that cannot form clots at appropriate times can be very dangerous, too. In reality, the body requires a delicate balance of blood that is not too “thin” and not too “thick.”

This brings us to omega-3s. In the 1970s when omega-3s were first “discovered” by Dyerberg and Bang in Greenland, the original thought was that they “worked” by preventing blood clots. And how did they do this? Apparently by acting sort of like aspirin to make platelets less sticky and reduce their tendency to form clots.

Controlled research studies in the 1980s confirmed that they did, indeed, inhibit the aggregation of platelets (which translated into longer bleeding times) and this seemed like a reasonable mechanism of action for the protection against heart attacks attributed to fish oils.

Based on these studies, and on anecdotal stories about Eskimos bleeding to death from nosebleeds, fish oil got a reputation for causing “bleeding,” which eventually led to the view that omega-3s made you bleed. And this is how fish oils got on the “list” of things to NOT take in the days leading up to surgery.

Although the FDA has said that the omega-3 drugs (Lovaza, Vascepa, and Epanova, and the generics) “do not increase risk for clinically significant bleeding,” the myth persists that they do. Several recent literature reviews have also shown no increased risk for bleeding with fish oils, even when taken with antiplatelet drugs (like aspirin) or anticoagulant drugs (like warfarin).

Are you absorbing enough nutrients from your diet or supplementation?

Since the early days of researching omega-3s, it was been well known within the scientific and medical communities that people need to be aware of their blood-thinning power. Think of omega-3s as nature’s blood thinner, a kind of “Goldilocks factor” that lets the blood clot when it should but not when it should not. But whether they can make someone bleed excessively has always been debated.

In a systematic review conducted last year, researchers found no increase in bleeding risk during or after surgery. (Obviously if you want to study the effects of anything on “bleeding,” you pick the bloodiest setting in which to do your test!) The authors concluded that discontinuation of fish oil before surgery should not be recommended.

Harry Rice, PhD, VP of regulatory and scientific affairs at the Global Organization for EPA and DHA Omega-3s (GOED), said of the findings of this study: “I think it’s about time this issue is put to bed.”

Still, there is more evidence to show that fish oil — perhaps once and for all — does not increase bleeding risk for surgery patients.

A study published in late November in Circulation showed that high-dose fish oil did not increase peri-operative bleeding in surgery patients. Paradoxically, higher blood omega-3 levels were associated with a lower risk of bleeding.

To explore the question of whether high-dose EPA+DHA supplementation affects the risk for bleeding in surgery patients, researchers conducted a secondary analysis of the Omega-3 fatty acids for the PrEvention of post-opeRative Atrial fibrillation (OPERA) study.

For this study, more than 1500 patients scheduled for cardiac surgery were randomized to omega-3s or placebo. The dose was 6.5-8 grams of EPA+DHA over 2 to 5 days pre-surgery, and then 1.7 grams per day beginning on the morning of surgery and continuing until discharge.

The primary outcome of the study was risk for major peri-operative bleeding as defined by the Bleeding Academic Research Consortium (BARC). The number of units of blood needed for transfusion was one of the secondary outcomes.

There was no effect of omega-3 treatment on the primary outcome (post-op atrial fibrillation), but surprisingly there was a significant reduction in the number of units of blood needed for transfusions. In another analysis, the higher the blood EPA+DHA level on the morning of surgery, the lower the risk for bleeding according to the BARC criteria.

“The researchers in this study concluded that these findings support the need for reconsideration of current recommendations to stop fish oil or delay procedures for people on fish oil before cardiac surgery,” said Dr. Bill Harris, PhD, founder and president of OmegaQuant, co-inventor of the Omega-3 Index, and a co-author on this study. “In other words, bleeding in surgery (and in normal life) is not a safety concern for omega-3 supplements.”

Omega-3s, specifically EPA and DHA, are important for heart, brain, eye and joint health. Unfortunately, most people don’t get enough of these valuable fatty acids, which can increase their risk of several of the most serious health issues.

The Omega-3 index is expressed as a percent of total red blood cell (RBC) fatty acids and is a long-term, stable marker of omega-3 status that accurately reflects tissue levels of EPA and DHA. An Omega-3 Index between 8% and 12% is considered the optimal range. Why? Because at these levels your risk of fatal cardiovascular disease decreases dramatically.

If you were previously concerned about taking omega-3s along with some of your other heart medications, including blood thinners, perhaps it’s time to revisit this issue with your doctor in light of this new research.