Does Vitamin D Deficiency Cause Bruising? 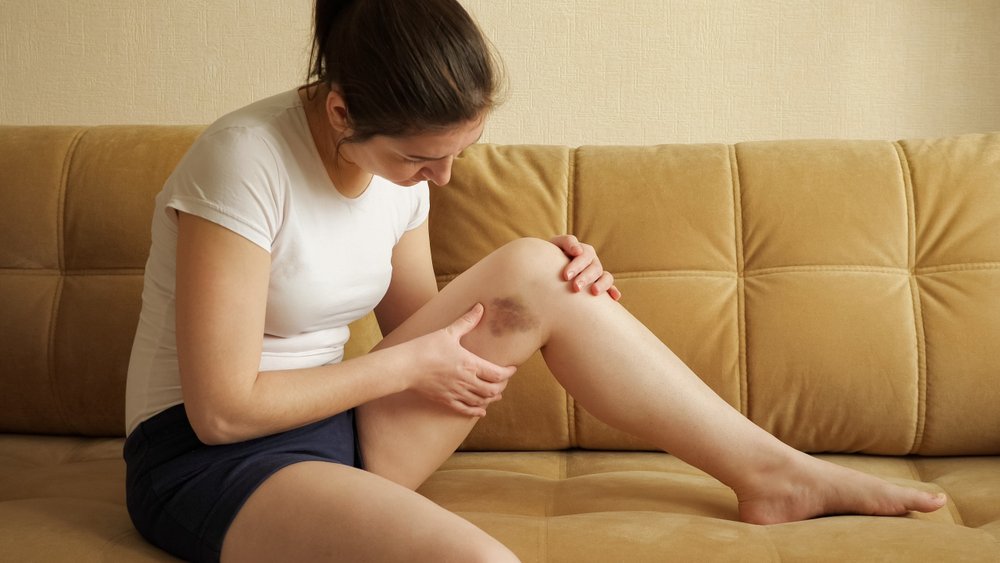 Vitamin D is known as “the sunshine vitamin” because when your skin is exposed to the sun, your body manufactures vitamin D. However, concerns about too much sun exposure leading to skin cancer has resulted in medical recommendations for wearing sunscreen as protection. This warranted recommendation also means that most people won’t get enough vitamin D from the sun.

Here in the U.S., approximately 42% of adults (with statistics much higher for specific populations—for example, 69% of Hispanic Americans and 82% of African Americans) are not getting adequate amounts of vitamin D. And, according to this article, approximately one billion people worldwide are vitamin D deficient.

That’s one reason why it’s important to consider foods that are fortified with vitamin D or taking vitamin D supplements. (But it’s also a reason to consider getting tested for vitamin D serum blood levels. More on that later.)

BLOG: Can a Vitamin D Deficiency Cause a UTI?

In case you weren’t already aware, vitamin D works differently than other vitamins. It’s actually a multi-functional hormone, but a good one. Vitamin D is best known for its role in bone health and more recently, in supporting immune function. In addition, science continues to emerge for other uses for the sunshine vitamin, with some research demonstrating its potential benefit for mood and depression, supporting a healthy heart and helping prevent some types of cancer.

But today we’re going to focus on vitamin D—and a few others—and bruising.

Bruises—also known as contusions or more commonly as black-and-blue marks—can result from bumping your head, casually banging your arm, accidentally walking into a door, or falling. As a result, blood vessels under the skin break, leading blood to pool in the skin tissue. They may first appear as red or purple marks before turning to blue or black, and finally to yellow, green or brown as the bruise heals. (On darker skin, bruises may have a lack of contrast and therefore be less noticeable.)

Generally, bruises are not something to be concerned about unless they’re appearing too frequently or for no apparent reason. In those cases, it’s a good idea to talk with your doctor—especially if the bruise is extremely painful, comes with swelling, or is located under one of your nails. And if you’re on blood-thinning medication, you should keep your doctor in the loop. Read more here.

Bruises typically heal themselves in about two weeks, but if you don’t see improvement (e.g., changing of colors) or if your bruise is not completely gone in three or four weeks, there may be an underlying reason, signaling it may be doctor time. And if the bruise becomes hard or painful or grows in size, it could be a sign that you’ve developed a hematoma—another reason to reach out to your doctor.

What Vitamin is Lacking When You Bruise Easily?

You may be surprised to learn that there may be a connection between vitamin D and bruising. In other words, if your vitamin D blood levels are low, it means you’re not getting enough vitamin D—making you ripe for health issues, including bruising.

It turns out that the sunshine vitamin—in addition to all its other benefits—plays a role in skin health by reducing inflammation, which is one of the causes of certain skin conditions like psoriasis, eczema, rashes and more. In addition, some research connects vitamin D as being important for skin cell growth, skin protection and supporting skin immunity.

BLOG: Can a Vitamin D Deficiency Cause Skin Problems?

Without enough vitamin D, you may be more prone not only to increased bruising, but also to longer bruise-repair time. Although not specifically related to bruises, this study suggests that vitamin D may have a role in the process of forming new skin, assisting in injury or wound recovery.

Low vitamin D levels are not the only low vitamin levels associated with bruising.

For instance, vitamin C is another nutrient that may make you more susceptible, more often, to bruises—that is if you’re not getting enough of it. And here’s why: your blood vessels rely on vitamin C to strengthen them. Bruises form when your capillaries and small veins break. One expert quoted in this article explained that bruising often “may be a sign that you have weakened capillaries that allow you to bruise.”

Likewise, if you’re not getting enough vitamins B1, K and E, you might increase your susceptibility to bruises or your ability for them to heal in a reasonable amount of time.

If you’re falling short in iron—specifically if you have iron deficiency anemia—you may have found another culprit for your bruises. Hemoglobin is an important protein in your red blood cells and iron helps your body manufacture hemoglobin. In turn, hemoglobin helps oxygen travel throughout your body. If your body doesn’t get enough oxygen, among other problems, your skin will likely be more prone to bruising.

On the other hand, some dietary supplements, such as garlic, ginkgo and ginseng, may thin your blood, potentially making you more vulnerable to bruising.

Beyond Lack of Vitamins, What Else Causes Bruising?

But a lack of certain vitamins, such as vitamin D, aren’t the only reasons you might be at risk for bruising. Here are five more reasons:

VIDEO: Why do you need Vitamin D?

A little reminder first. How many of us are lacking in vitamin D? A lot!

This older study says that vitamin D deficiency is one of the most common medical conditions worldwide.

According to the current Dietary Guidelines for Americans, vitamin D is considered one of four dietary components that not enough American adults are getting sufficient levels of, such that the lack of vitamin D intake is known as a public health concern.

It’s important to understand what the experts say about the differences between vitamin D blood levels that are deficient, insufficient, sufficient or optimal. We’ve blogged about that before, but here’s a shortened summary.

BLOG: Can Low Vitamin D Cause an Irregular Heartbeat?

Some experts identify vitamin D deficiency—which is the most serious—as blood levels typically below 20 ng/mL while insufficiency (still far from ideal!) as typically below 30 ng/mL. Those two categories are considered low levels of vitamin D.

Experts also believe it’s important to fall between 30-100 ng/mL—and to remain in that range to be considered vitamin D sufficient.

Here at OmegaQuant, we’ve identified a sufficiency vitamin D serum level as a minimum of 30 ng/mL and above that minimum, is an optimal level that can reach—but should not exceed—100 ng/mL.

Why is Testing Important to Rule Out a Vitamin D Deficiency?

In general, testing your vitamin D level is important to make sure that you achieve and then maintain sufficiency or optimal levels as a means to promote your best health.

In the specific case of bruising, if you’re experiencing issues with more bruising than usual or if your bruises are taking longer to heal, testing your vitamin D levels is a good way to figure out what’s causing the bruising. Testing will not confirm that low vitamin D is the issue. But testing will confirm if you have low vitamin D.

And if you have low vitamin D, it’s generally a simple change to your dietary habits, perhaps adding or increasing your vitamin D intake through a supplement—then testing again after six months to make sure your levels have improved. Once you know your vitamin D level, you can plug that number into our calculator to figure out how much you actually need to reach an optimal level.

On the other hand, if you take the simple step of testing, and your vitamin D levels are not low, then you can eliminate vitamin D as a suspect for bruising issues and focus on other potential causes.

To learn more about our OmegaQuant vitamin D test which you can take at-home, read more here.

VIDEO: Getting Vitamin D from Supplements