DPA, SPMs and Other Cool Things About Omega-3s 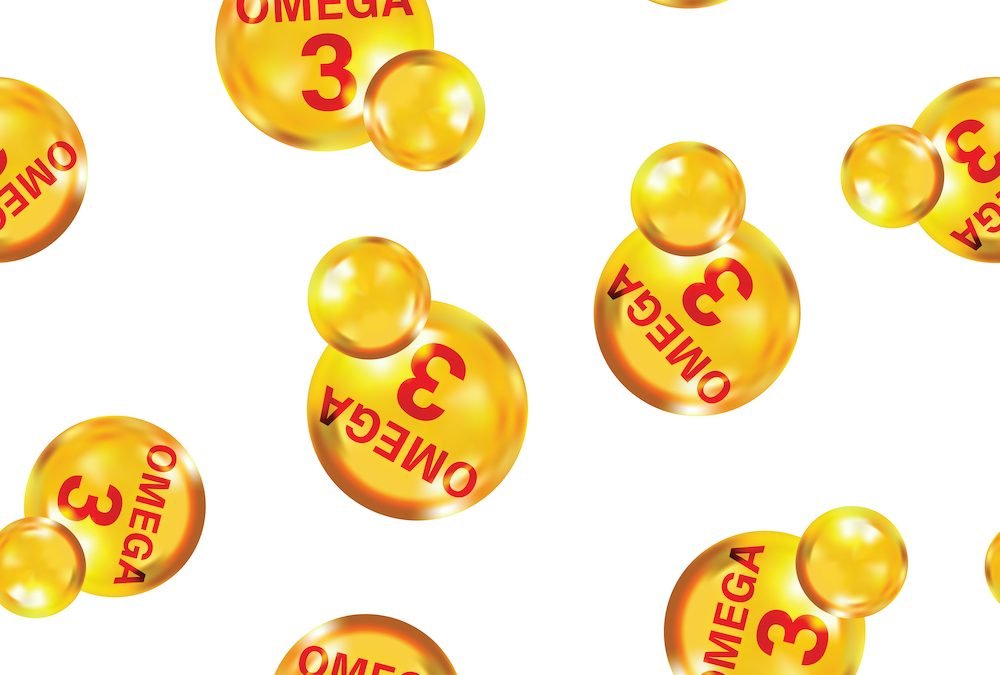 DPA and SPMs are some lesser known acronyms in the omega-3 world that are receiving a fair amount of attention lately for playing a role in the health benefits delivered in fish and fish oil. In other words, emerging science suggests that EPA and DHA, the primary omega-3 fatty acids found in these sources, rarely act alone.

In this blog, we’ll discuss the up-and-coming fatty acid DPA and the omega-3 metabolites otherwise known as the Specialized Pro-resolving Mediators, or SPMs. We’ll also leave some room to explore that other great things about fish and fish oil.

Let’s start with DPA, also known as docosapentaenoic acid. This omega-3 is the third most prevalent fatty acid found in fish oil, behind EPA and DHA. An important note is that DPA is not often listed on fish oil supplements because it is present in such small amounts. In fish, DPA features prominently in salmon, particularly sockeye salmon, although the levels are much lower compared to EPA and DHA.

Considered an intermediary between EPA and DHA in the metabolic pathway, recent studies have demonstrated a relationship between blood levels of DPA and brain, heart, and metabolic health.

Fish oils and long-chain omega-3 fatty acids are well recognized for their critical role in human diets. According to a 2015 study paper, DPA has always been a part of healthy nutrition, since infants obtain almost as much DPA as DHA from human milk.

Epidemiological studies show that similar to EPA and DHA, DPA is linked to various improvements in human health, perhaps owing to its structural similarity to the other two molecules.

BLOG: New Research on the Role Omega-3s Play in Diabetes and Metabolic Syndrome

“Studies in mammals, platelets, and cell cultures have demonstrated that DPA reduces platelet aggregation, and improves lipid metabolism, endothelial cell migration, and resolution of chronic inflammation,” the authors said. “Further, other in vivo and in vitro studies have shown that DPA can improve neural health. A human supplementation trial with 99.8% pure DPA suggested that it serves as a storage depot for EPA and DHA in the human body.”

Speaking of the first-ever human supplementation trial with 99.8% pure DPA, results  showed that its consumption significantly increased the levels of EPA, DPA, and DHA in blood plasma of the participants. Additionally, it was demonstrated that DPA was both retro-converted to EPA and further elongated to DHA, which led the authors to suggest that DPA may serve as a reservoir or pool for EPA and DHA, which can be used by the body as needed.

Interestingly, while many government agencies worldwide offer guidelines for DHA and EPA intake, few currently recommend the intake of DPA. In fact only Australia and New Zealand offer specific guidelines for DPA intake along with EPA and DHA.

Why Isn’t DPA Included In the Omega-3 Index?

In 2002-2003 when OmegaQuant’s William S. Harris and his colleague, Dr. Clemens Von Schacky, were “inventing” the concept of the Omega-3 Index, they focused primarily on two studies available at the time: Siscovick DS et al. JAMA, 1995 and Albert CM et al. NEJM, 2002. Both of these studies showed that red blood cell or whole blood omega-3s strongly predicted risk for sudden cardiac death.

Siscovick only reported red blood cell EPA+DHA. Albert showed case-control values for EPA, DHA, and DPA, but only EPA and DHA were associated with future events and DPA was not different between cases and controls. Combine that with the very limited knowledge about DPA in those days, it made the most sense to them to focus on EPA and DHA alone.

BLOG: Back Where It All Began – How the Greenland Eskimos Put Omega-3s on the Map

Fast forward 10 years and we are beginning to see some signs that DPA is also predictive certain events. So, should it be added it to the Omega-3 Index?

With this background, the question becomes, “Is it worth ‘upsetting the apple cart’ to change the numerical cut points for the Omega-3 Index just because some studies are showing DPA to be a predictor on its own?”

The upside of adding DPA is that it’s more “intellectually satisfying” to accommodate all the evolving science in biostatus metrics. The downside is that the new cut points would confuse the nascent literature in this field (i.e. “Is that the OLD Index or the NEW one?”), and it would confuse the growing number of practitioners who are managing patients’ Omega-3 Index values in clinical care. We at OmegaQuant believe that DPA is important scientifically, but that it is not necessary to add it to the Omega-3 Index at this time.

What’s So Great About SPMs?

According to 2015 abstract published in Nature Reviews Immunology, SPMs are enzymatically derived from essential fatty acids and play important roles in orchestrating the resolution of tissue inflammation.

“Host responses to tissue infection elicit acute inflammation in an attempt to control invading pathogens. SPMs are lipid mediators that are part of a larger family of pro-resolving molecules, which includes proteins and gases, that together restrain inflammation and resolve the infection,” the authors explain. “These immunoresolvents are distinct from immunosuppressive molecules as they not only dampen inflammation but also promote host defense.”

In a recent blog we posted on the role of omega-3s in immune function, we discussed the delicate dance of resolving inflammation, which is where the SPMs shine the brightest. These important omega-3 metabolites are considered “healers” after the immune system attacks.

As the immune system can use toxic measures to destroy unwanted organisms (the innate piece), there has to be a targeted response (the adaptive piece) and a process for healing from the collateral damage done by this powerful response. That healing is an active process itself called “resolution.” The resolution of the acute inflammatory response is mediated by SPMs.

The discovery of the SPMs has been an exciting area of research lead by Dr. Charles Serhan over the last 20 years. SPMs are released over the hours and days following an inflammatory response. They are an essential part of the healing process.

When there are lower levels of omega-3s in the body, there is less starting material for SPMs to be made from, and thus, a less effective healing process and lingering inflammation and damage. A study by Norris and Skulas-Ray found that people taking a high dose of EPA+DHA (900-3400 mg/d) and then tested with an inflammatory challenge produced significantly higher levels of SPMs for 24 hours after the challenge compared to the controls. Not only do omega-3s play a role in mollifying the initial inflammatory response but they also help after the attack is over.

What Other Goodies Are Found in Fish and Fish Oil?

For starters, fish is one of few sources rich in vitamin D. Interestingly, both omega-3s and vitamin D are found in cold water fish, such as those swimming at the earth’s poles, where sunlight is in short supply several months of the year.

As most people know, vitamin D is made in the body through sunlight exposure. Under normal conditions of sunlight exposure, no dietary supplementation is necessary because sunlight promotes adequate vitamin D synthesis in the skin. However, skin production of the active form of vitamin D depends on exposure to sunlight, which can be limited for many people throughout a given year, and even depending on where they live. So those in regions with little sunlight are often encouraged to increase their vitamin D consumption through natural foods and/or supplements.

Vitamin D plays many important roles in the body, from immune support, to heart, brain and prenatal health

Another vitamin found in omega-3-rich fish like salmon is B12, which is required for the proper function and development of the brain, nerves, blood cells, and many other parts of the body.

Fatty fish like salmon also contain a healthy amount of potassium. This mineral helps support the proper functioning of the heart, kidneys and other organs. People with low levels of potassium are at risk of high blood pressure, heart disease, stroke, arthritis, digestive issues and infertility.

VIDEO: The Fatty Acids in Your Body Are Influenced by Many Things