March 18, 2021, Sioux Falls, SD: William S. Harris, PhD, FASN, Founder of OmegaQuant, and President of the newly formed Fatty Acid Research Institute (FARI), has been ranked in the top 2% of scientists worldwide. In this exhaustive list of nearly 160,000 scientists, Dr. Harris landed at 2164 for his overall scientific impact. “Impact” was essentially defined as the number of times other 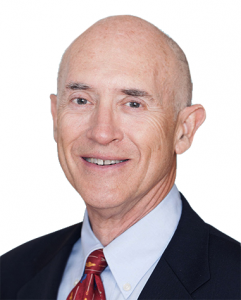 researchers referred back in their papers, or “cited,” the published work of a given scientist.

For this study, Stanford University researchers analyzed data from the mid-1990s through 2019, covering millions of scientists worldwide in all fields of science. The study created a public database of standardized citation metrics for the top scientists in the world classified into 22 scientific fields and 176 sub-fields. These findings were published in PLOS Biology.

Dr. Harris has been researching fatty acids for more than 40 years and to date has published more than 300 papers on these nutrients. Since co-inventing the Omega-3 Index in 2004, it has been used by him and many others in hundreds of other research papers. “We continue to build the evidence base for the importance of the Omega-3 Index in human health by working with some of the most prestigious research institutions in the world. To date, we’ve worked with more than 100 of them including Harvard, Tufts, Columbia, Stanford, Oxford, and even the US Army,” Dr. Harris said.

In late 2020, Dr. Harris founded FARI, a non-profit research and education foundation that will focus single-mindedly on publishing high-quality research studies on the multiple relationships between fatty acid levels and human (and animal) health outcomes. “These studies will improve our ability to predict risk for disease, and more importantly, suggest ways to reduce risk by changing our diets and/or supplementation regimens,” he explained.

Reflecting on how he achieved this level of success in science, Dr. Harris commented, “I was extremely lucky! At the very beginning of my career in the late 1970s, my mentor (Dr. Bill Connor, 8441 on the list) assigned me to study the effects of salmon oil on serum cholesterol levels. That was my introduction to omega-3 fatty acids, and largely because of the truly pioneering work of Jorn Dyerberg (35,635 on the list) in Greenland Inuits, the omega-3 field began to explode in the 1980s. I have simply ridden this horse since then and don’t plan to get off until they drag me off the saddle!”

He further noted, “This achievement is also a testimony to how important the identification of a biomarker like the Omega-3 Index was (and continues to be) as a stimulus to expanding research and publications in this field.”

About OmegaQuant: OmegaQuant is an independent, CLIA-certified lab that offers Omega-3 Index testing to researchers, clinicians and the public and sets the standard for fatty acid testing. OmegaQuant performs fatty acid analysis in Sioux Falls, SD for commercial and academic research collaborators, and for consumers interested in monitoring their nutritional status in both blood and breast milk. Its goal is to offer the highest quality fatty acid analytical services to researchers and to provide simple tests of nutritional status to consumers, with the ultimate purpose of advancing the science and use of omega-3 fatty acids to improve health. Most recently, it opened an additional lab in Brisbane, Australia. It also recently received approval in the EU market and opened a lab in Scotland, officially making the Omega-3 Index an internationally accessible test. www.omegaquant.com

About the Fatty Acid Research Institute (FARI): The Fatty Acid Research Institute (FARI) is a non-profit research and education foundation. FARI was founded in order to accelerate discovery of the health effects of fatty acids, most notably, the long chain omega-3 fatty acids EPA and DHA. FARI researchers and scientists will focus single-mindedly on publishing high-quality research studies on the multiple relationships between fatty acid levels and human (and animal) health outcomes. These studies will improve the ability to predict risk for disease, and more importantly, suggest ways to reduce risk by changing our diets and/or supplementation regimens. www.faresinst.org