Exploring the Relationship Between Omega-3 and Sleep 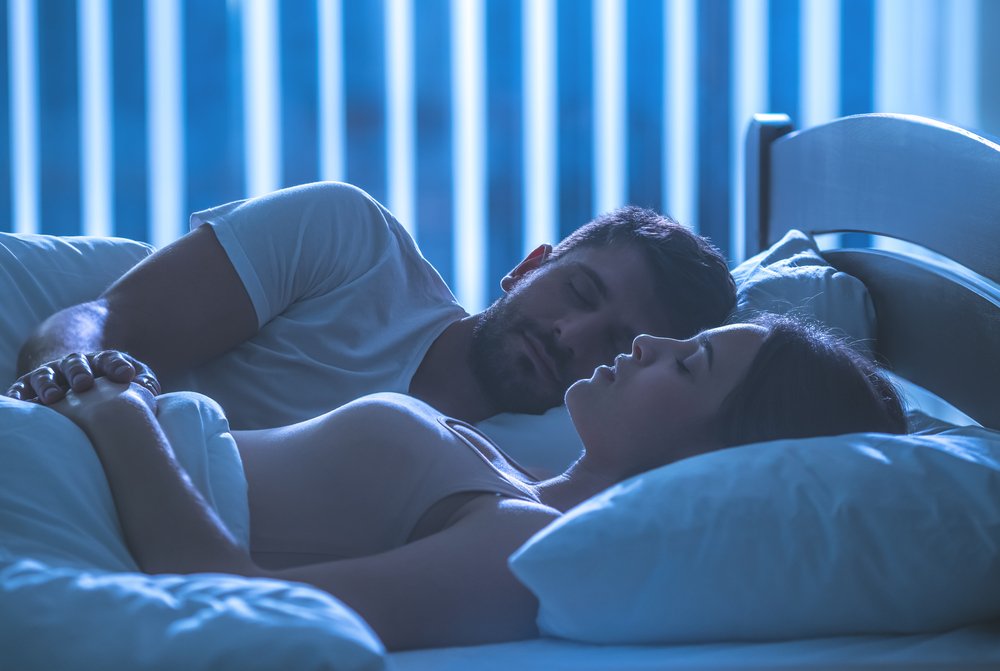 The statistics are staggering. The Centers for Disease Control and Prevention (CDC) says “insufficient sleep is a public health epidemic.”

In America alone, more than 50 million Americans suffer from over 80 different sleep disorders according to the American Sleep Apnea Association. That doesn’t count another 20 to 30 million people who experience intermittent sleep problems in America each year.

And if we’re talking globally, some estimate that more than half the world’s population is getting less sleep than we need.

Some common sleep disorders include sleep apnea (pauses in breathing while you sleep), narcolepsy (excessive daytime sleepiness), insomnia (an inability to initiate or maintain sleep) and restless leg syndrome (an unpleasant creeping sensation in the legs that makes falling asleep difficult). Add to that a few more: REM sleep behavioral problems, nightmares, and sleepwalking.

Why Does This Matter?

These numbers matter because insufficient sleep has been linked with chronic diseases and conditions such as cardiovascular disease, type 2 diabetes, obesity and depression.

Think of sleep as the oil you put in your car. Without oil, your car will eventually break down. Without sleep, your body will do the same. You need proper sleep—both in terms of quality and quantity—to get the most out of your mental, emotional and physical capabilities.

Studies on the benefits of quality sleep, the need for sufficient sleep, and the risks of not sleeping are abundant.

VIDEO: What Role Do Omega 3s Play in the Brain?

At OmegaQuant, we’re specifically interested in the relationship between healthy diet and sleep, and even more specifically, we’re watching as a body of evidence is emerging for what the science has to say about the roles of omega-3s EPA and DHA and sleep.

You likely have similar questions: Will omega-3 help me sleep; is there a relationship between omega-3 and REM sleep; and can omega-3 cause sleep problems?

This is our first blog exploring the role of omega-3 and sleep quality. But it certainly won’t be the last. And while we can’t answer all of these questions in this first blog, we can start to tell you what we know. But first a little brain/sleep anatomy.=

Several structures within the brain are connected with sleep. The National Institute of Neurological Disorders and Strokes is a great resource for the following brain and sleep breakdown.

There’s the suprachiasmatic nucleus—clusters of thousands of cells within the hypothalamus—that use information received from the eyes about light exposure to control behavioral rhythm, including circadian rhythms. Then there’s the hypothalamus itself, which acts as control central for sleep and arousal.

The brain stem talks to the hypothalamus to manage the transitions between wake and sleep. This part of the brain also sends signals to relax our muscles, which plays a role in the rapid-eye movement (REM) stage of sleep.

The thalamus has a dual role. During REM sleep, it sends images, sounds and other sensations to the cerebral cortex, creating our dreams. But throughout the other stages of sleep, the thalamus settles down, tuning out the external world.

The pineal gland increases the production of the hormone melatonin, which helps you fall asleep when the lights fade.

Near the front and bottom of the brain, the basal forebrain promotes sleep and wakefulness, working with its partner, the midbrain which acts as an arousal system.

The relationship between poor diet and an increased risk of cardiovascular disease is well-established, and the need for a good night’s sleep as a pillar of healthy living is also a given. Now, a new study offers further insight about the intertwined relationship between sleep quality and eating patterns and points out the specific impact these two factors can have on the risk for heart disease.

The study was conducted by researchers at Columbia University Irving Medical Center as part of the AHA Go Red for Women prospective cohort study and published last month in the Journal of the American Heart Association.

The study analyzed the self-reported dietary habits and sleep quality of an ethnically diverse population of 495 women ranging in age from 20 to 76, concluding that “poor sleep quality was associated with greater food intake and lower-quality diet, which can increase cardiovascular disease risk.”

According to the study authors, few studies have examined the connection between foods linked to the risk of cardiovascular disease and sleep quality, which includes the ability to fall asleep and stay asleep, as well as disordered patterns of sleep such as insomnia.

BLOG: How Omega-3s Might Help Break the Viscous Cycle of Anxiety

From a mechanistic standpoint, the study authors explained “One way in which poor sleep quality may lead to excessive food and energy intake is through stimulating hunger and/or suppressing satiety signals.” They further noted that “insomnia can influence activity in the hippocampus, a region of the brain involved in the regulation of food intake, which could have downstream effects on eating behaviors. It could be the case that women with insomnia consume a greater amount of food in an effort to feel sated.”

In the study, those women with worse overall sleep quality consumed more of the added sugars associated with obesity and diabetes, a study finding similar to other studies of sleep and diet.

A finding contrary to the authors’ own hypotheses was that sleep quality was inversely related to total fat intake and not associated with saturated fat intake. The study authors point out that this finding also diverged from studies on sleep duration and architecture, which found that shorter and lighter sleep relate to greater total fat and saturated fat intakes, respectively.

Experts recommend teenagers get between 8-10 hours of sleep per night and that children from ages 6-13 need 9-11 hours. These populations typically do not meet these guidelines, making a new study from researchers at the University of Michigan School of Public Health, Mexico’s National Council for Science and Technology, and Mexico’s National Institute of Public Health, worth taking a closer look at.

Published in March in The Journal of Nutrition, the study concludes that “Plasma DHA was associated with earlier sleep timing and longer weekend sleep duration in Mexican adolescents.”

That’s potential good news for parents who are concerned that their adolescent children are not getting to bed early enough and not consistently getting the amount of sleep that’s recommended.

The study investigated whether plasma concentrations of the omega-3 fatty acid DHA were related to sleep timing and duration in adolescents. Using a subset of the ongoing ELEMENT cohort study, the sample included 405 adolescents in Mexico City, ages 9-17, who had actigraphy-assessed sleep as well as plasma measures of long-chain fatty acids.

“Given that even a 20-30 minute increase in sleep duration can be beneficial for children in terms of emotional control and academic outcomes, the magnitudes of the reported associations are clinically meaningful and suggest a potential role of dietary omega-3 DHA in promoting healthy sleep among adolescents,” they said.

The researchers discussed some study limitations, including their concern that because plasma DHA concentrations in the study population were relatively low, the findings might not be generalizable to other populations beyond Latin America.

They also noted that the study does not prove causation, and suggest that “whether DHA supplementation, as part of a comprehensive sleep hygiene intervention (which includes maintaining consistent bedtime routines), could benefit sleep during the adolescent transitional period deserves investigation in randomized trials.”

VIDEO: What Studies Have Been Done to Link Mom’s Omega 3 Status With Baby’s Brain Health

We’ve come a long way from the days of being told to just count sheep to send us to dreamland. With countless conversations on social media sites and a plethora of website, magazine articles and blogs interested in the topic of sleep quality, we’ve got options for solutions that range from tech-savvy (there’s an app for that!) to machines (most notably the CPAP for sleep apnea sufferers) and from prescribed medications that can treat anxiety, depression and stress (all factors that can trigger insomnia and other sleep issues) to more natural remedies.

Besides the potential role that omega-3 EPA and DHA might play, there are several other dietary supplements that can be considered for sleep support. Melatonin, a naturally occurring hormone, can help regulate your sleep and wake cycles and is particularly popular with those traveling by plane to different time zones.

Valerian root is an herbal supplement that can help you get to sleep and stay asleep.  Chamomile, an herb found in supplements or teas, can be useful for insomnia. Kava kava is a plant extract used in teas or supplements and is thought to have a calming effect to help relieve stress and anxiety. It’s advisable to talk with your healthcare practitioner about these products to avoid any drug/supplement/food interactions and determine appropriate use.

The cannabis plant has a long history of use as a sleep aid known for its relaxation properties. Medical marijuana (in states where it’s legal) and CBD/hemp products are fast-becoming mainstream as consumers are demonstrating a growing demand for the benefits of these products.

For those seeking a holistic approach, meditation, yoga, Pilates and practicing mindfulness can quiet the mind, increase focus and reduce stress while biofeedback, acupuncture, therapeutic massage and other techniques used to relax muscles may also help with sleep problems.

It should be no surprise that regular exercise can help improve sleep quality, but experts suggest giving yourself a cut-off from high-intensity workouts of at least two to three hours before bedtime in order to allow your body to calm down. Satisfying sex before drifting off may be the exception, as hormones released during sex may help you relax, release stress and actually help you fall asleep.

There are also some everyday practical tips for restful sleep. These include: 1) stick to a sleep routine (go to bed and get up at the same time seven days a week); 2) avoid alcohol, caffeine and heavy meals in the evening; 3) don’t bring your work to bed (remember, no stress!) and shut down your devices (cell phone, computer, tablets) about an hour before you’re ready to go to fall asleep.

And of course, remember that diet impacts everything health-related, including sleep. With the National Institutes of Health predicting that by the middle of the 21st century more than 100 million Americans will have difficulty falling asleep, at Omega Quant, as the research evolves around omega-3 EPA and DHA, we’ll continue to help answer the question: Can omega-3 improve sleep?