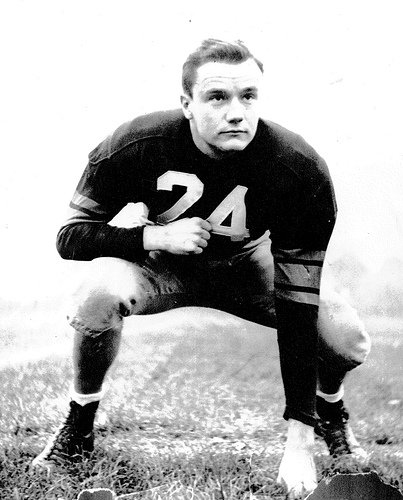 It’s football season again! In honor of the real start of football season (sorry, college football, but it’s not fall until NFL football is blaring from our TVs on Sunday afternoons… and Monday Nights… and Thursday nights!), we are blogging today about a typical kind of study done with omega-3 supplements.  The catch is the participants were NFL players!  But even better, we some ideas on how you can get your omega-3s from football party appetizers.

The Myth of the Super-Human NFL Player

NFL players may seem super-human, but they are at risk – even higher risk, it seems – for all the same kinds of chronic diseases that the rest of us are.  Heart disease, in particular, occurs at a higher rate in NFL players than in the general population. To see if an omega-3 supplement would help reduce this risk, a group of Pittsburg Steelers players volunteered for a study conducted by researchers in Pittsburg lead by Dr. Anthony Yates.  The players were assigned to either take an omega-3 supplement (2200 mg/d EPA+DHA, n=20) or not (no placebo unfortunately, n=16) for 60 days.  The players’ blood lipid profiles and plasma EPA+DHA levels were measured at baseline, 30 and 60 days. The following effects occurred in the treatment group as compared to the control:

Triglycerides decreased (sort of). Actually, there was an increase in the control group levels (+44%) and a small decrease in the omega-3 group (-8%). This illustrates the tremendous biological variability in triglyceride levels that makes results like these difficult to interpret. There are other lipid subclasses that are mechanistically related to triglycerides and omega-3s through lipoprotein lipase (LPL) activity.  Reductions in these related lipids– remnant lipoproteins, intermediate-density lipoproteins, and very-low density lipoproteins – help validate the triglyceride findings.  All in all, these findings suggest that omega-3s increase LPL-activity, i.e., they increase the rate at which triglycerides are transferred from blood to tissue. And keeping blood fat (and sugar) levels lower helps keep blood flowing and blood vessels healthy – both important aspects of heart health.

Plasma EPA+DHA increased. While we prefer measuring omega-3 levels in red blood cells (more stable, representative of long-term diet), measuring plasma levels works when participants are consuming omega-3s daily.  The treatment group had significant increases in both EPA (+365%) and DHA (+107%), demonstrating that those football players assigned to take omega-3s did so.

Decreased triglycerides and increased EPA+DHA blood levels are perhaps the most consistent findings in omega-3 supplementation studies. It’s reassuring to see these effects in all kinds of populations, including NFL players.  The players taking omega-3s had a lower heart disease risk profile by the end of 60 days, but without continued supplementation these blood values are likely to return to baseline levels. With all the other risks that NFL players face in their line of work, taking an omega-3 supplement seems to be an easy way to reduce at least one of the risks.

These may not be your run-of-the-mill football party appetizers, but they are sure to please the masses.

Smoked salmon spread: Mash up smoked salmon, cream cheese, dill, bacon, lemon, garlic, and a jalapeno pepper and schmear it on crackers, bagels… any kind of bread product. You won’t be disappointed.

Smoked salmon crostinis: Deconstruct the salmon spread by topping a crostini (a toasted thin slice of baguette) with dill cream cheese and smoked salmon. Here’s one with an onion/tomato relish to add to the salmon + cream cheese + dill combo.

Low-carb salmon appetizers: Swap out the “bread product” for cucumber slices in either of the previous two recipes – voila!

Sushi: There is never a bad time for sushi (unless your pregnant).  Buy a sushi plate with raw salmon (or other kinds of fish) and enjoy a less-indulgent snack during the game. Just be sure to buy the sushi from a reputable establishment and watch how long it sits out at room temperature (although I’m guessing it will be gone before you need to worry about that).

If you want to go straight for the meat, you have a couple of options:

Salmon Meatballs: This is just like making beef meatballs but use salmon instead! Since salmon has a different flavor profile than beef, make an avocado/yogurt sauce to go with it instead of barbeque sauce.