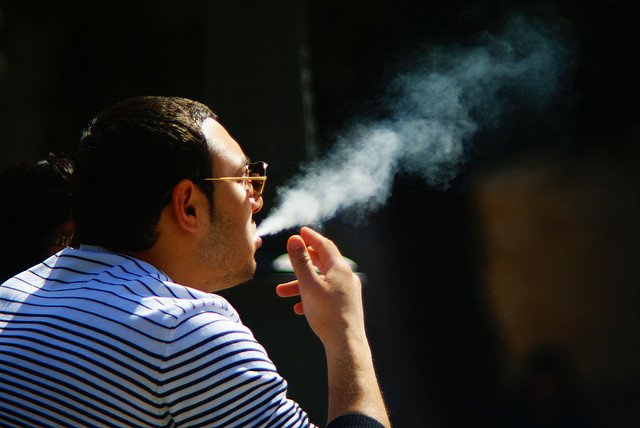 A study published in the Journal of Psychopharmacology in November 2014 examined the effects of fish oil supplements (vs a placebo) on the urge to smoke and the ability to cut down on smoking. Dr. Sharon Rabinovitz at the School of Criminology at the University of Haifa (Israel) recruited 48 regular smokers and assigned 24 to fish oil pills (which provided 2.7 g of EPA and 2.0 g of DHA per day, quite a high dose) and 24 to placebo pills. Without specifically trying to quit, the number of cigarettes smoked per day dropped by 11% in the fish oil group and did not change in the placebo group. The urge to smoke was also reduced. The subjects were asked to stop their supplements at that point, and then 30 days later, they were again questioned about their craving to smoke. For those in the fish oil group, craving scores were still below what they were before the experiment began.

One of the emerging mechanisms of action of EPA and DHA is in the area of “endocannabinoid” research. If the portion of that word “cannabi” looks familiar, think “marijuana”… cannabis. For many years it had been known that smoking pot leads to a serious case of “the munchies.” It stimulated the appetite. Researchers realized that there must be some signal system in the brain that was reacting to something in marijuana and creating a craving, probably the “cannabinoids” (active chemicals in marijuana). But it seemed very unlikely that the brain was wired to react to these chemicals since they are not normally present in the body. The question then became, what system is being activated by cannibinoids? After many years of research, the ‘natural’ or ‘endogenous’ (i.e., already present in the body) chemical compounds that activated the system were discovered. The chemical substance was a derivative of arachidonic acid (the omega-6 cousin of EPA)! A new class of drugs was even developed to block the brain receptor that reacted to these “endo-cannabinoids,” and that drug reduced the urge to smoke (and to over-eat). Unfortunately some unacceptable side effects prevented that drug from reaching the market, but the idea arose that maybe EPA (or DHA) forms of endocannabinods might have less of an activating effect on those receptors and might even block the arachidonic acid-based forms from getting to the receptor. This new research study suggests that that might be exactly what is happening.

Future studies involving larger numbers of subjects treated for longer periods of time are needed. In addition, whether smaller more practical doses of EPA+DHA (4.7 g is a lot and would require 5-6 Lovaza capsules per day) needs to be examined. Nevertheless, this study points to a possible new and important role for omega-3 fatty acids in improving health.