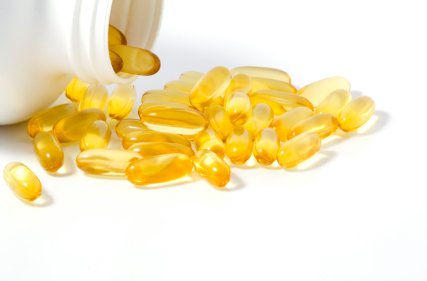 Confused about the different kinds of omega-3 supplements? A recent study published by researchers at the University of Kansas Medical Center and Bill Harris of OmegaQuant compared the effects of prescription fish oil, supplemental fish oil and a krill oil blend on the Omega-3 Index and triglyceride levels1. The study was designed to test the claim that krill oil is more potent than prescription or supplemental fish oil pills.

How the study was conducted

Three groups of 10 healthy adults with moderately elevated triglycerides were assigned to one of three different types of commonly available omega-3 supplements – prescription fish oil, supplemental fish oil, and a krill oil blend. When comparing fish oil vs krill oil both fish oil blends provided over 3 g of EPA+DHA per day whereas the krill oil blend only provided ~1 g of EPA+DHA.  This discrepancy was done to test the hypothesis that krill oil is more potent than fish oil, or in other words, can increase the Omega-3 Index with a lower dose.

What the study showed about fish oil vs krill oil

In this study, a higher dose fish oil was more effective at lowering triglycerides and increasing the Omega-3 Index than a lower dose of krill oil blend. However, we don’t know if the krill oil being a “blend” made it less potent and perhaps pure krill oil would have met the claims of being 3x as potent as fish oil.  Most krill oil products on the market are blends so this point may be moot. Even so, triglycerides were not affected by the krill oil blend which may be due to the lower dose or point to a different mode of action between the types of omega-3 supplements. More research in this area is needed to make better recommendations for omega-3 supplementation.