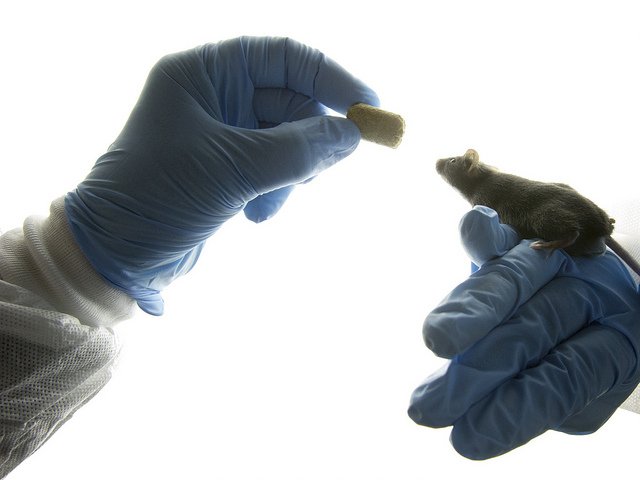 A recent report that attracted significant press claimed that taking fish oil “may” render some cancer chemotherapeutic drugs less effective. That’s scary! But is it true? Below is a summary of the study with some reasoned caveats that somehow got missed in the press reports.

Cisplatin is a cancer drug that shrinks tumors. The authors showed cisplatin reduced the size of tumors in mice compared to a control group (which was expected).  When the animals were treated with a very unusual omega-3 fatty acid called 16:4n-3 (palmitodonic acid [PDA] which is found in trace amounts in some fish and fish oils), the tumor did not shrink compared to the control (and was not expected to). What was interesting is that when the cancer drug and PDA were given together, the tumor did not shrink, showing that the PDA actually inhibited the ability of the cancer drug to shrink tumors.

Fish oil blends (from 3 different commercially-available brands) were administered with the cisplatin to the tumor-filled mice, and, again, the tumor-shrinking ability of cisplatin was hindered. The same was seen with other cancer drugs, irinotecan and oxaliplatin.  It should be noted that purified, “low dose” of EPA (without any PDA) + cisplatin did not affect tumor suppression, so this long-chain marine omega-3 fatty acid was not a problem.

There are 2 major caveats to this study:

It is a MOUSE study.

Mouse models are notoriously bad at mimicking cancer in humans. Here’s a quote from a premier oncologist at Columbia University, Dr. Azra Raza, “… persisting with mouse models and trying to treat all cancers in this exceedingly artificial system will be a real drawback to proceeding with personalized care based on a patient’s own specific tumor, its genetic characteristics, its expression profile, its metabolomics; all those things are so individually determined in cancer.” (Freakonomics podcast).

The PDA dose was huge.

The authors provided 100 uL of fish oil to the mice, which weigh ~20 g. This would be the equivalent of a 70 kg (or 150 lb) human taking 350 mL of fish oil (… which would be about a 1.5 CUPS of pure fish oil – blech!). This is obviously far beyond reasonable. Moreover, the authors state that there is about 5 umol/L of PDA in the fish oil capsules they tested. A “normal” fish oil capsule (180 mg EPA + 120 mg DHA) contains about 1 million umol/L of EPA+DHA. So, for every 300 mg of EPA+DHA, there would be about 0.0015 mg of PDA in a standard fish oil capsule. However, they showed that some EPA can be broken down into PDA so that should be taken into account as well.

The plasma PDA levels in mice were elevated 1000 nM of PDA with 100 uL of fish oil, the dose used in the tumor experiments.  This corresponds to a plasma level of PDA that is ~2x higher than what was found when humans consumed 50 mL (50 capsules) of fish oil and 5-10x higher than a normal dose of fish oil or a fish meal (see below).

The authors did a few simple pharmacokinectic studies in healthy humans to see how much of PDA was getting into the blood of people when they took the fish oil supplements or ate fish.

Fish oil supplements: They had 30 individuals (6 per group by fish oil type) take either 10 mL (recommended dose in Finland) or 50 mL (high dose, almost ¼ cup) and then measured the PDA levels in their plasma over 8 hours. They found that most fish oil supplements caused a detectable rise in plasma PDA levels, but there was great inter-person and inter-supplement variability. The meanings of the levels achieved is completely unknown.  Just because you can measure it does not mean that it’s harmful. Normal cyanide levels in human blood can be up to 200 ng/mL and it’s completely harmless.

Fish: The researchers had 5 individuals eat 100 g (~3.5 oz or a standard serving) of mackerel, herring, salmon and tuna and measured PDA plasma levels for 24 hours. Mackerel and herring (highest oil content) caused measurable increases in PDA levels, but salmon and tuna had no effect. Again, it’s not what is measurable that is important, it’s what is harmful, and these researchers did not study that question.

This is important research and should not be cast aside. I want my cancer drugs to be as effective as possible. The tumor-suppressant effects of PDA must be confirmed in some way with human data. The authors admit this in their discussion, but they reject the idea of a randomized controlled trial for ethical reasons, as they believe they already know the answer based on this one mouse study. This is assuming the outcome before you do the study which ignores the existence of actual HUMAN data that points in the other direction. A study of 15 cancer patients found that a dose of 4 fish oil capsules or 7.5 mL fish oil per day (and some unknown amount of PDA) had better response to their chemotherapy drugs and tended to have a better 1-year survival rate compared to the control group (n=15) (Murphy et al. Cancer, 2011). In this context, a more reasonable trial to run is to see if fish oil added to standard cancer therapy improves recovery rates. Moreover, fish oil is currently used in palliative care of cancer patients because it helps slow down muscle breakdown and other effects of the cancer treatment (…which is part of the reason these authors postulated that omega-3s may make the treatment less effective). If a randomized trial is too difficult to do, one could do would be a retrospective review of cancer patients getting chemo and their fish or fish oil intake. Even better, we would like to see a study that compared blood levels of omega-3 fatty acids and cancer outcomes in these patients.

1. Both the dose and mouse issues are prevalent in nutritional sciences, and studies that show benefits of omega-3 fatty acids often have these same caveats.  We may not do enough to point them out when the answer is what we want to hear. It may be why we may have an overblown impression of what certain nutrients can do and are disappointed when they do not live up to the hype.

2. This study is yet another example of (probably) good science extrapolated far beyond the actual data and fed to the public as a dire warning. Nutrition research is constantly plagued with these reports which are driven by a 24-7 news cycle and the desire of research institutions to get their names in lights.