Genes & Fish Oil — What’s the REAL Story Behind the Headlines? 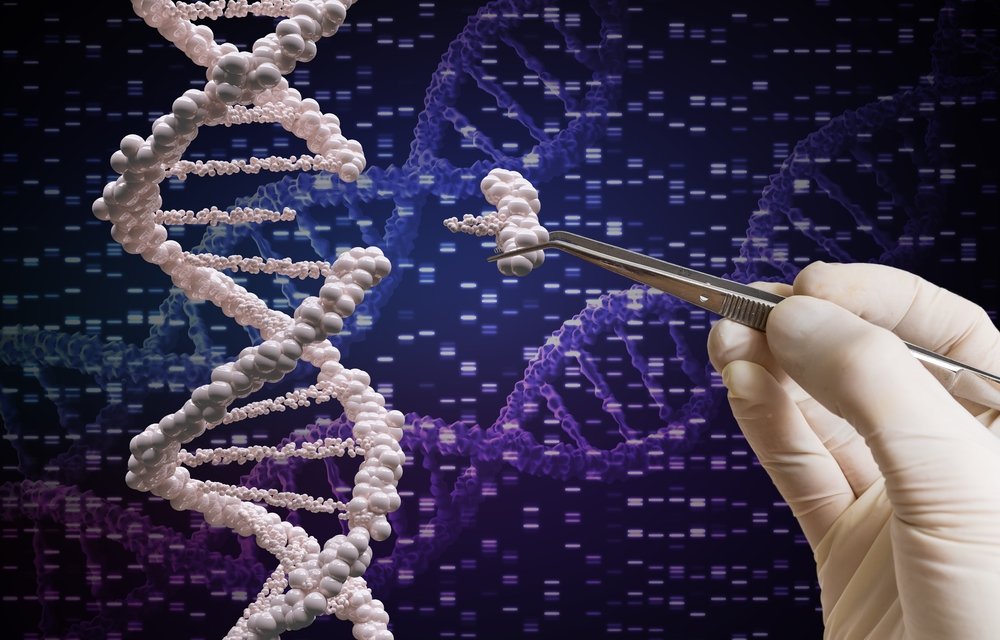 A study published in PLOS Genetics set fire to several headlines a few weeks ago suggesting that one’s genetic makeup may influence how fish oil impacts triglycerides, and that this might put someone at increased risk of heart attacks. In a recent episode of our new broadcast series, OmegaMatters, Drs. Bill Harris of the Fatty Acid Research Institute (FARI), and Dr. Kristina Harris Jackson, Director of Research at OmegaQuant, deconstruct this fatally flawed study and recommend multiple retractions. In this week’s blog, we share an excerpt of that conversation with you. Hold on to your hats! This discussion gets a little wild.

Hello, and welcome to a special April Fool’s Day edition of the Omega Matters. I’m Kristina Jackson. This is Bill Harris, and we’re here to break down the most recent omega-3 paper that’s making the headlines these days.

VIDEO: How Much Omega-3 Do You Need to Change Your Omega-3 Index?

So these are, as you can see, all over the place. And also vaguely terrifying, as headlines typically are. So we wanted to take a look at what study they’re actually talking about.

This particular study looked at the genome-wide association of fish oil supplementation on lipid traits in 81,000 people. And it’s published in this journal called PLOS Genetics. There’s a lot of words there that most people don’t understand. But in any case, the question they’re asking is to what extent do genetic variations between people affect the response of serum lipids to fish oil supplementation? So we all know fish oil… taking fish oil lowers triglycerides. It’s been known for 40 years that if you take large doses, you get large reductions. And, and if you’ve ever have very high triglyceride levels, you get 30, 40% reductions in triglycerides. Those are huge. If you have very low or normal triglycerides, fish oils don’t do much to your triglyceride levels.

The study investigators genotyped, meaning that they analyzed the DNA for over 80,000 people and, and analyzed all of the individual, what we call nucleotides. There are 3.1 billion nucleotides in a DNA strand in every cell in your body. And so they analyzed the sequence, and they organized them into genes and they looked for genetic variance — what we call mutations, small mutations that may or may not have any effect on anything.

Anyway, they did this in a large group of people, over 80,000 people from two different cohorts. And we won’t go into the different cohorts because it’s not that important. But in all of these people, they had data on their cholesterol level, their triglyceride level, their LDL and their HDL levels. And they also had some information about whether the people were using supplements or not. They answered yes or no to a question “I’m using fish oil supplements”. They don’t say how much, or how many, or how frequently, or which product, any of that stuff, just yes or no. Then they looked for what we call gene variants — called SNPs (single nucleotide polymorphisms), which is just the shorthand word for a variant or a mutation in a gene. Primarily triglycerides is really what they focused on.

Is there some certain SNP that is, if you have it, then you have a different triglyceride level than if you don’t have it—after you take fish oil.

What the Researchers Found

When you’re dealing with sample sizes of over 80,000 people, you can find a statistically significant difference between group A and B, and a completely irrelevant, clinically, difference in whatever you’re measuring. That’s what’s happened in this study, unfortunately, according to Dr. Harris.

To quote the conclusion of the researchers: “This research suggests that interpersonal variation in triglyceride response to fish oil supplements is in part…” They don’t say what part, unfortunately, because it’s probably less than a quarter of a percent… “In part explained by genotype.” This means your genetic makeup. “And that fish oil dose adjustment based on genotype should be investigated.” They didn’t study this at all. “As a means to protect against cardiovascular disease risk.” And they didn’t study cardiovascular disease risk at all.

I think they take this too far. And the biggest problem with this paper, actually, is the interpretation  by the authors of their findings.

We read the journal articles first. And then came to the paper and we’re having a heck of a time trying to figure out how they were connected. So the abstract says the minor allele is significantly associated with decreased triglycerides in individuals with fish oil supplementation. But with increased triglycerides in those without supplementation. So that’s what was written in the paper. We assume they’re comparing this to the major allele.

So the AA group in the study has the most people. This is the major allele; it’s what most people have. The AG is heterozygous — less common. And GG is very rare. So we have these two main alleles, major and minor. Now let’s just try and orient ourselves to the graph so we can try and figure out what they’re trying to say. The AA is the most people, whether or not they took fish oil, didn’t really affect their triglyceride level. If you look at these two bars.

Yeah. Just to try and orient yourself.

The difference here is technically 1.7 milligrams per deciliter. It’s 149 in the non-fish oil people and 150 in the fish oil people. This is actually what they’re saying. When they’re saying there’s an increase in  triglycerides when you take fish oil with this genetic variant. The other genetic variant you have in the red, and you can see with people not taking fish oil versus people taking fish oil. There’s a little bit more of a difference about 12 milligrams per deciliter. So the minor allele is significantly associated with decreased triglycerides in the individuals with fish oil supplementation. That’s that red bar 140. But with increased triglycerides in those without supplementation, that’s the red bar 152. And we assume they’re actually comparing against the major allele. So 152 versus 149 is increased, 140 versus 150 is decreased. That’s what that statement means, right?

Kristina and I know a little bit about science and how to read papers. And we had a terrible time trying to understand this because they’ve written it incorrectly. For example, in the abstract’s first sentence, the minor allele, which is the AG, the red is significantly associated with decreased triglycerides and individual fish oil supplementation. But they didn’t say compared to who.

They didn’t even mention who you’re talking about, who their comparison is with.

If it’s compared to the major, the green bar, this one here, then that is significant. It is completely irrelevant. Clinically, 149 to 152 is virtually the same number. But when you have a sample size of 80,000, these become statistically significant and very easy to misunderstand.

What This Study Really Means

All this really means is that if you’re taking fish oil and you have this genetic characteristic and you’re taking fish oil supplements, your triglycerides are not going to be affected as much as they’re affected if you have the genetic characteristic in the red bar. And the difference is only 10 milligrams, which is virtually nothing. So this is the problem.

Another comment about the extrapolation of these findings: I’d say there was some minor difference, very small difference in triglyceride levels, but to suggest “increased risk for heart attacks” is completely irresponsible.” I believe the authors have gone way beyond the data in order to scare people and get headlines. By interpreting this very, very tiny difference in triglyceride levels as increased risk for heart disease is ridiculous and maddening.

So for the triglyceride level context, we’ve put this into milligrams per deciliter because that’s usually how we see it expressed in the US. So 150 is the cutoff for moderately elevated triglycerides, essentially. Being below 150 is considered normal or healthy.

The triglyceride effect for fish oil is most obvious in people with high levels of triglycerides. And you also assume people are taking a therapeutic dose of fish oil to have that effect. But I think the wording of increased and decreased in this context is problematic because it’s really just “higher” or “lower” level.

In the context of clinical use, the numbers in this study pretty much don’t matter. They’re almost irrelevant because they are so close. Because they’re not between 300 and 100 — they’re between 140 and 152. So there’s some context to these numbers that is definitely missing. And it’s nowhere in the paper that I saw, where they actually put into context what these triglyceride values meant and then how those actually do relate to heart disease risk.

The conversation only heats up from here! WATCH EPISODE 3 of OmegaMatters.