But how much and which types of seafood will deliver the most omega-3s? If your goal is to consume protective levels of omega-3s, then you should shoot for around 800-1200 mg of EPA and DHA per day, which ideally should come from fish, but it is ok if they come from supplements as well.

The market for avid seafood consumers is actually rather small, according to a report released in March from the Food Marketing Institute (FMI), especially when you compare it with other protein sources like chicken, beef and pork. However, this small group is a lucrative one, spending more than any other on groceries. And the types of seafood they choose most often include tuna, shrimp and salmon.

The Power of Seafood report reveals there is great potential to grow and attract new seafood shoppers in a category generating $12 billion in retail sales. But it will be an uphill battle.

“The United States Department of Agriculture recommends eating seafood at least twice per week, but only 21 percent of adults eat seafood the recommended two times per week. The consumption of seafood by consumers in the U.S. falls significantly behind poultry, meat, and pork, with consumption around 16 pounds per year, compared to more than 100 pounds of other animal proteins,” said Rick Stein, vice president of fresh foods at FMI.

“In fact, 44 percent of adults are not even frequent or occasional seafood consumers, eating seafood less than once per month. The food retail industry has an opportunity to educate consumers on how to buy, cook and prepare seafood to help shoppers increase their consumption.”

When asked what type of information consumers expected at the seafood counter, the FMI report said freshness, where it came from, and how to prepare it were most important. Interest in nutritional benefits was important for more than a third of seafood consumers.

Educating consumers on the health benefits of seafood, particularly as a source of heart-healthy omega-3s could be a huge motivational factor as well. Numerous organizations such as the American Heart Association(AHA), the Seafood Nutrition Partnership and the Alzheimer’s Association support the health-protective benefits of omega-3s as part of a healthy diet.

A study published earlier this year showed that even eating seafood twice per week may not be enough to raise your Omega-3 Index to a protective level. And one of the reasons is that although there is support for consuming more omega-3s, the current recommendations across many organizations might not be strong enough.

This January 2019study, published in Prostaglandins, Leukotrienes, and Essential Fatty Acids, showed that people likely need to eat up to three fish meals per week and take an omega-3 supplement to reach a cardioprotective Omega-3 Index level of 8% or higher.

The Omega-3 Index, which is a measure of the amount of EPA and DHA in your blood, is an important risk factor for fatal heart attacks. But with health authorities like the AHA only recommending 1-2 fish meals per week, chances are most people will not get the amount of omega-3s they need to protect the heart.

According to lead researcher Kristina Harris Jackson, Ph.D., RD, the goal of this study was to answer the question: “What combination of non-fried fish intake and omega-3 supplement use is associated with a cardioprotective Omega-3 Index level (i.e., 8% or above)?”

Dr. Jackson and her team evaluated blood levels of omega-3s EPA and DHA from almost 3500 people, alongside questions about their fish and supplement intake. Individuals reporting no fish intake and taking no omega-3 supplements had an average Omega-3 Index of about 4.1%, which reflects the average for most Americans and is considered “deficient.”

Thus, in a free-living setting, Dr. Jackson and her colleagues believe an 8% Omega-3 Index is most likely to be found in people eating at least three “non-fried’” fish meals per week and taking an omega-3 EPA/DHA supplement.

“This apparent downgrade in the recommendation (i.e., removal of ‘preferably oily’ and ‘at least’) was made despite evidence that consuming fish more frequently (such as daily or multiple times per day) may impart even greater cardioprotection,” Dr. Jackson and her colleagues pointed out.

VIDEO: Dr. Bill Harris Explains How Much EPA and DHA You Need to Get Into the Omega-3 Index Green Zone

Consumers are finding it hard to make good choices when it comes to diet. At the beginning of April, a study published in the Lancet showed that bad diets kill more people than smoking. The Global Burden of Disease study tracked trends in consumption of 15 dietary factors from 1990 to 2017 in 195 countries

Globally, the report said, one in five deaths (11 million deaths) in 2017 was associated with poor diet, with cardiovascular disease being the biggest contributor, followed by cancers and type 2 diabetes.

The largest shortfalls in global consumption were seen for foods such as nuts and seeds, milk, and whole grains, while sugary drinks, processed meat, and sodium were overeaten.

The authors say that their findings highlight the urgent need for coordinated global efforts to improve diet, through collaboration with various sections of the food system and policies that drive balanced diets.

INFOGRAPHIC: Personalize Your Omega-3 Intake with an Omega-3 Index Test 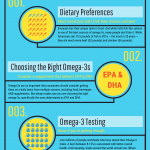 The researchers believe people in almost every region of the world could benefit from rebalancing their diets to eat optimal amounts of various foods and nutrients.

“This study affirms what many have thought for several years – that poor diet is responsible for more deaths than any other risk factor in the world,” said study author Dr. Christopher Murray, Director of the Institute for Health Metrics and Evaluation, University of Washington, USA. “While sodium, sugar, and fat have been the focus of policy debates over the past two decades, our assessment suggests the leading dietary risk factors are high intake of sodium, or low intake of healthy foods, such as whole grains, fruit, nuts and seeds, and vegetables. The paper also highlights the need for comprehensive interventions to promote the production, distribution, and consumption of healthy foods across all nations.”