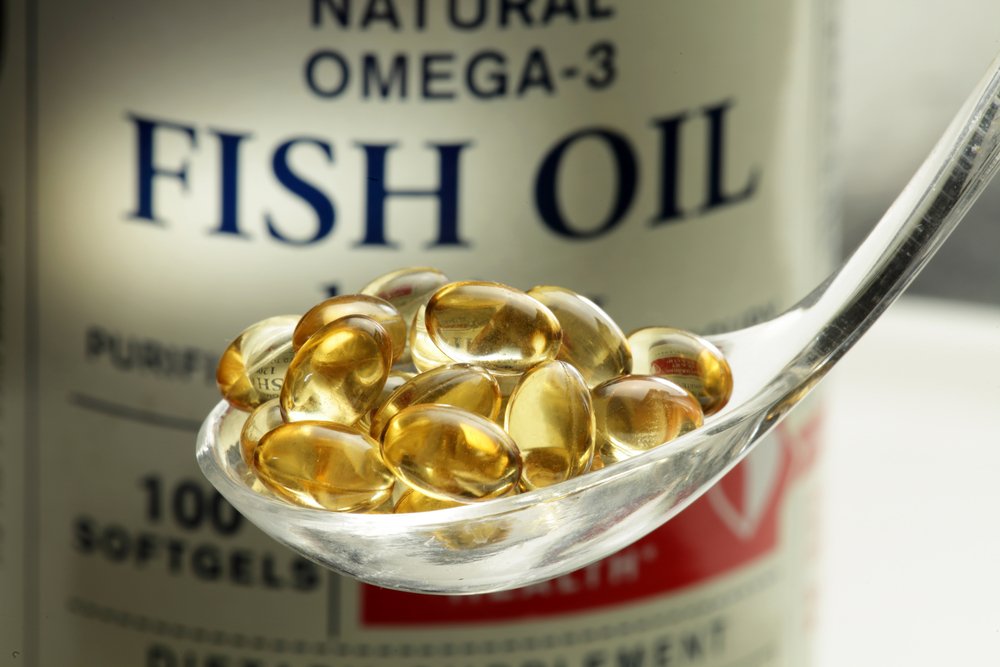 Those who take fish oil no doubt have their heart health in mind in choosing to take these types of nutritional supplements. First, the omega-3s in fish oil, namely EPA and DHA, are responsible for conferring some protective benefits for the heart. But what kinds of benefits?

Specifically, studies have shown omega-3s play a role in promoting healthy blood pressure levels, reducing high triglycerides, and reducing the risk of cardiovascular disease. But one aspect of heart health that has been confusing is what role omega-3s play in raising or lowering LDL (“bad”) cholesterol levels.

First, let’s look at how they impact cholesterol levels in general. Dr. Bill Harris, founder of OmegaQuant and the Executive Director of the Fatty Acid Research Institute (FARI), contends that omega-3s EPA and DHA do many things for the heart, but one thing they unequivocally don’t do is lower LDL cholesterol levels. That benefit is largely reserved for statins.

On the flip side of the cholesterol question, though, is whether fish oil can actually raise bad cholesterol. This is an effect that has been noted in some studies, but new research shows that fish oil has no impact on bad cholesterol levels.

This past December, the Fatty Acid Research Institute (FARI) published a new research paper in conjunction with The Cooper Institute on the omega-3s EPA and DHA in fish oil and LDL cholesterol.

There is good evidence that people with very high serum triglyceride levels (>500 mg/dL) who are treated with high doses of omega-3, i.e., 4 g/day of EPA (eicosapentaenoic acid) and DHA commonly see a rise in LDL, whether this occurs in the “real world” with generally healthy people taking fish oil supplements for cardioprotection is not clear.

This recent study from the Cooper Center Longitudinal Study (CCLS) and FARI sheds new light on this question.

The investigators utilized data from more than 9000 healthy men and women who had at least two preventive medical examinations at Cooper Clinic in Dallas over a 10-year period. These examinations routinely included both blood cholesterol testing and measurement of the Omega-3 Index (i.e., red blood cell (RBC) EPA+DHA levels from OmegaQuant Analytics). Questions about current use of fish oil supplements was also collected.

It turns out that the answer to both of these questions was “no.” In fact, a 1-unit rise in RBC DHA levels was associated with a small (1-2 mg/dL) but statistically significant decrease in LDL cholesterol. And this analysis took into account concurrent changes in background use of cholesterol-lowering drugs like statins. This small decrease in LDL cholesterol is not a clinically-relevant, but this study shows that fish oil supplement use in the general population does not adversely affect LDL cholesterol.

Dr. Harris was the lead author on this study. In his view, “these new findings from the CCLS clearly show that people who take fish oil supplements need not worry about adversely affecting their cholesterol levels as some have proposed.”

He also noted that these results also harmonize well with the conclusions of a recent American Heart Association Advisory on the use of omega-3 fatty acids in the treatment of high triglyceride levels. This major review found there is “no strong evidence that DHA-containing prescription omega-3 fatty acid agents used alone or in combination with statins raise LDL cholesterol in patients with high triglyceride levels.”

Commenting on this latest study, Dr. Carl Lavie, a cardiologist and Medical Director of the Cardiac Rehabilitation and Prevention Program at the John Ochsner Heart and Vascular Institute in New Orleans, LA, said, “This large study from the Cooper Clinic indicates that RBC DHA levels are not associated with higher LDL-cholesterol levels (actually with lower), and adding omega-3 supplements was also not associated with increases in LDL cholesterol.”

Dr. Lavie and colleagues recently published data from 40 studies in over 135,000 participants in the Mayo Clinic Proceedings indicating that the combined EPA and DHA dose predicted reductions in major cardiovascular outcomes. “These new data from the Cooper Institute add to the cumulative evidence of the safety and efficacy of omega-3 from dietary sources and supplements, including the combination of EPA and DHA,” he said.

How Do Omega-3s Lower Triglycerides?

Cholesterol aside, triglycerides are also blood fats that in high numbers can wreak havoc on the arteries. Like cholesterol, it too races around in the blood but its primary purpose is to provide energy.

Triglycerides are produced when the body converts calories it doesn’t immediately use. Instead, they are stored in fat cells and released between meals as a source of energy. High triglyceride levels (hypertriglyceridemia) can occur if you take in more calories than you are burning. The typical ranges for triglycerides are:

The science behind omega-3s and their ability to lower triglycerides is pretty solid, which is what recently prompted the American Heart Association (AHA) to publish an update to the 2002 Omega-3 and Fish advisory in which it made 3 recommendations:

The latest was by Skulas-Ray et al., and it addressed the use of omega-3 fatty acids for the treatment of hypertriglyceridemia. The studies cited in the paper to document the use of omega-3 EPA and DHA to lower triglyceride levels included some that used pharmaceutical products (Lovaza, Vascepa, Epanova, etc.) and others that used omega-3 dietary supplements.

When given at the same EPA+DHA dose there was no obvious difference in the efficacy of drugs vs. supplements (as one would expect). After all, it’s the amount of the active agent consumed that’s important, not the regulatory status of the product. Nevertheless, the AHA Advisory does not recommend that healthcare providers use omega-3 dietary supplements for the treatment of hypertriglyceridemia. This is because, like all nutritional supplements, they are not approved for the treatment of disease.

How Do Omega-3s Lower Blood Pressure?

A few years back, research published in the American Journal of Hypertension stated that omega-3s are just as effective for lowering blood pressure as exercise, dietary changes and reducing alcohol consumption.

And yet another study published in July 2018 in Hypertension showed that the level of omega-3s in the blood (i.e., Omega-3 Index) is inversely related to blood pressure levels in healthy young adults. In other words, the more omega-3s present, the lower the blood pressure.

BLOG: New Research Finds a Link Between the Omega-3 Index and Blood Pressure

The study evaluated 2036 healthy young adults between the ages of 25 and 41. Anyone with cardiovascular disease, known diabetes or a body mass index (BMI) higher than 35 kg/m was excluded. Blood levels were measured using the Omega-3 Index. The average Omega-3 Index was 4.58%. An ideal Omega-3 Index is 8% or higher.

A 2019 study published in Prostaglandins, Leukotrienes, and Essential Fatty Acids, shows that people likely need to eat more fish and take an omega-3 supplement to reach a cardioprotective Omega-3 Index level of 8% or higher.

According to lead researcher Kristina Harris Jackson, PhD, RD, the goal of this study was to answer the question: “What combination of non-fried fish intake and omega-3 supplement use is associated with a cardioprotective Omega-3 Index level (i.e., 8% or above)?”

“This apparent downgrade in the recommendation (i.e., removal of ‘preferably oily’ and ‘at least’) was made despite evidence that consuming fish more frequently (such as daily or multiple times per day) may impart even greater cardioprotection,” Dr. Jackson and her colleagues pointed out in their paper.

VIDEO: Drs. Harris & Jackson Breakdown the Research on How Much Omega-3 is Needed to Protect the Heart

For this study, Dr. Jackson and her team evaluated blood levels of omega-3s EPA and DHA from almost 3500 people, alongside questions about their fish and supplement intake.

Originally proposed in 2004 by Dr. Bill Harris, PhD, and his colleague, Dr. Clemens Von Schacky, MD,  the Omega-3 Index is simply a measure of the two most important omega-3s in your diet — EPA an DHA.

These omega-3s can be found in fatty fish like salmon where they are delivered along with other important nutrients like selenium and vitamin D. But you can also get omega-3s without the fish in the form of dietary supplements. Typically the omega-3s in supplements come from fish oil, krill oil or algal oil.

Research shows that intakes of these fatty acids are independently associated with increased risk of death from coronary heart disease (CHD). In randomized secondary prevention trials, fish or fish oil have been demonstrated to reduce total and CHD mortality at intakes of about 1 g/day.

When Dr. Harris proposed the Omega-3 Index several years ago, he said it represents a novel, physiologically relevant, easily modified, independent, and graded risk factor for death from CHD that could have significant clinical utility.

In light of Heart Health Month, this blog will continue to examine other aspects of heart health throughout February where both omega-3s EPA and DHA and Vitamin D seem to play a prominent role. Stay tuned!

VIDEO: How Much Omega-3 Do You Need to Change Your Omega-3 Index?