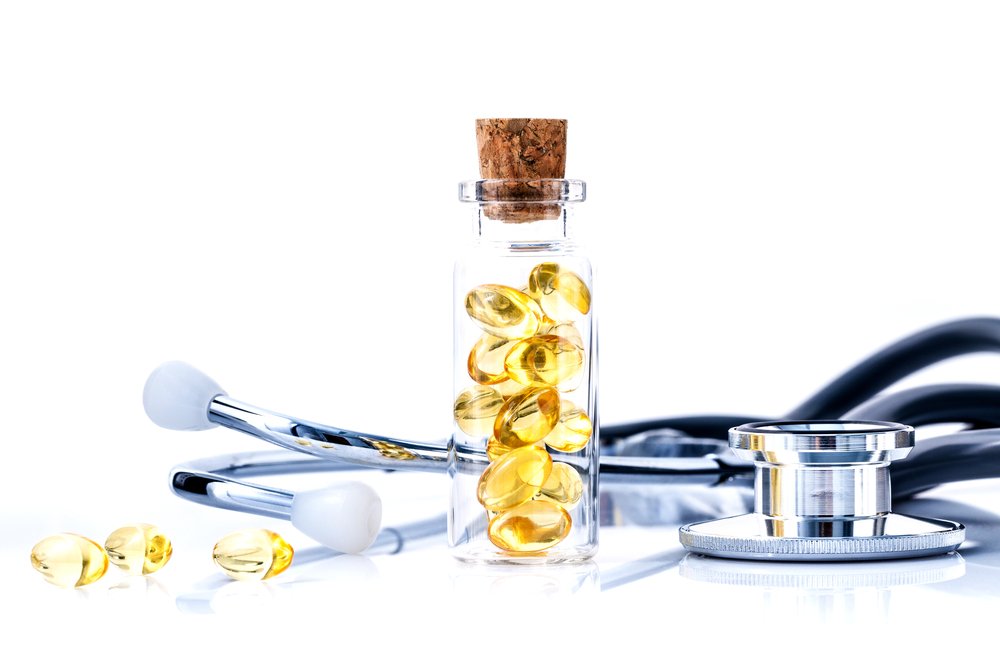 Last week, the American College of Cardiology issued a press release stating that the striking reductions in cardiovascular events and deaths observed in the REDUCE-IT study were highly correlated with subjects’ blood EPA levels. In other words, higher levels of the omega-3 fatty acid EPA found in the blood—and not a decrease in triglyceride levels as originally thought—seems to be the primary driver of icospent ethyl’s significant cardiovascular benefits. Icosapent ethyl is Amarin’s omega-3 wonder drug, Vascepa. Amarin is also the sponsor of the REDUCE-IT study.

“Changes in triglyceride levels and other cardiovascular risk markers, including LDL, HDL, apoB and CRP, appear to be responsible for a significantly lesser portion of the overall observed benefit,” he said. “I think this finding is going to usher in a whole new era of cardiovascular therapies. We are, in a sense, where we were with statins when the first one came out.”

He went on to say that a major missing piece of the puzzle, and what many clinicians want to know, is how icosapent ethyl actually works to produce such dramatic cardiovascular risk lowering. In the REDUCE-IT study, he said on-treatment EPA levels achieved via the drug strongly correlated with lower rates of cardiovascular events, heart attack, stroke, coronary revascularization procedures, unstable angina, sudden cardiac arrest, new heart failure, or death for any reason.

Prior to REDUCE-IT, icosapent ethyl was approved by the U.S. Food and Drug Administration (FDA) for people with triglycerides above 500 mg/dL, which is why many people understandably thought the study drug reduced cardiovascular events primarily by lowering triglycerides, Dr. Bhatt explained in the ACC press release.

However, he said the current study, which looked at the association between blood serum levels of EPA achieved on icosapent ethyl and cardiovascular outcomes, found the lion’s share of the drug’s remarkably large cardiovascular benefit is driven by achieved EPA levels.

To review, REDUCE-IT enrolled more than 8000 patients at 473 sites in 11 countries who had elevated cardiovascular risk and were already being treated with statins. The trial found that taking a high dose of icosapent ethyl cut the combined rate of first and subsequent nonfatal heart attacks, strokes, cardiovascular deaths, procedures for coronary artery disease such as stenting, or hospitalizations for unstable angina by 25% and 30%, respectively, over a ~5 year period.

Most patients in the trial were already on antiplatelet therapy, ACE-inhibitors/ARBs, beta blockers, aspirin and statins, which, researchers said, provided reassurance that icosapent ethyl, by itself, offered separate and incremental benefit. But how was always the question.

As part of the most recent REDUCE-IT analysis, Dr. Bhatt and his team first looked at EPA levels prior to randomization to determine whether the drug worked differently based on a person’s initial baseline EPA level, which may reflect a diet high in fish consumption or genetics. But they found that regardless of patients’ initial serum EPA levels, they derived a similar and large degree of cardiovascular benefit.

The researchers then examined achieved EPA levels on the drug compared with placebo, grouping patients into thirds, ranging from the lowest to highest levels of EPA and averaged across visits. Achieved EPA within the icosapent ethyl group was strongly associated with cardiovascular events, and each of the tertiles showed a significant relative risk reduction in cardiovascular events.

Overall, the drug significantly increased serum EPA levels by 386% from baseline to one-year compared with placebo. Levels of docosahexaenoic acid (DHA), which is another omega-3 fatty acid also found in oily fish like salmon, decreased by almost 3%, which, Dr. Bhatt says, means the cardiovascular benefits are clearly from EPA and not DHA.

Experts don’t know why some people are able to achieve higher serum EPA levels and others are not. Dr. Bhatt and his team accounted for whether patients took the drug, but there may be other influencing factors, such as how someone metabolizes EPA, their body size or their genetics, all of which needs further study.

BLOG: Those in the Early Stages of Atherosclerosis Have a Low Omega-3 Index

Dr. Bhatt said the EPA levels attained on the drug are well beyond what can be achieved with diet or dietary supplements. He said that the study drug is a unique prescription medicine and that the results do not apply to other omega-3 products or to dietary supplement formulations, which are not approved or strictly regulated by the FDA and which, per the FDA, have not demonstrated reliable or consistent cardiovascular risk reduction.

In a MedScape article for which Dr. Bhatt was interviewed, he was asked why, if the benefit is related to the serum concentration of EPA, it would not apply to other products that can give these EPA levels.

“Baseline EPA was in a relatively narrow range and icosapent ethyl raised levels by 400%. You cannot achieve these sorts of levels by eating lots of fish,” Dr. Bhatt replied. “And in terms of dietary supplements — the reality is the sort of pill burden you would have to take to get anywhere near these levels of EPA would be 20 to 30 supplement pills a day, and then there is the risk of all the other stuff in these pills, such as DHA, which may actually counteract the benefit of EPA, and other fats and saturated fats, and you still would be unlikely to achieve these types of levels of EPA.”

Based on the data from REDUCE-IT, the FDA in December 2019 expanded the icosapent ethyl label to be used as an add-on to maximally tolerated statin therapy to help reduce the risk of heart attack, stroke, coronary revascularization and unstable angina requiring hospitalization in adult patients with triglyceride levels 150 mg/dL and either established cardiovascular disease or diabetes mellitus plus two or more additional risk factors for cardiovascular disease. Based on this, Dr. Bhatt said icosapent ethyl stands to benefit over 12 million patients in the U.S. alone. But what about the rest of you?

What If You Are Not a Candidate for Omega-3 Drugs?

Dr. Bhatt said the EPA levels attained on Icosapent ethyl are well beyond what can be achieved with diet or dietary supplements. This may be true. But it doesn’t mean that fish and omega-3 supplements don’t have value, especially for those of you whom don’t meet the criteria to be prescribed Vascepa.

Fish, dietary supplements, and pharmaceutical omega-3s all have an important role to play in delivering omega-3s to support heart, brain and eye health. For the future, step one for any consumer, practitioner or researcher seems obvious, at least to us at OmegaQuant. Establish a baseline omega-3 blood level (i.e. Omega-3 Index) before you decide where to go next. A certain Omega-3 Index will suggest a certain starting dose, and fish and supplements can help you get there, especially if you are not in the “high risk” omega-3 drug group.

A paper published last year by OmegaQuant researchers Drs. Bill Harris and Kristina Harris Jackson aimed to help people figure out how much omega-3 EPA and DHA they might need to reach a health-protective Omega-3 Index of 8%.

According to Dr. Jackson, PhD, RD, who was the co-lead author on this paper, “A low dose could make a study show no effect of EPA and DHA, which makes the literature more confusing and the medical community more skeptical of omega-3 benefits,” she said. “Hopefully, ensuring the dose of EPA and DHA is high enough to reach a target Omega-3 Index level will clarify whether or not EPA and DHA are effective.”

This paper showed that if people want to reach 8% in a relatively short amount of time, such as three to four months, they would need roughly 1-2 grams EPA and DHA daily, depending on their starting Omega-3 Index and whether they will be using a triglyceride- or ethyl-ester-based omega-3 product.

VIDEO: Making Sense of All of The Different Supplement Forms

The Omega-3 Index from OmegaQuant has been used in studies conducted by some of the most highly respected research groups in the world, including the Framingham Heart Study and the Women’s Health Initiative, both of which included thousands of subjects. This is an important detail because it means that the Omega-3 Index has been standardized over time and is becoming the preferred omega-3 test of researchers globally.

As discussed in the latest REDUCE-IT findings, blood levels matter. In this case, they mattered more than other risk factors. The same is true of the Omega-3 Index – it too is a risk factor of cardiovascular disease, as confirmed by more than 200 studies that have used this measurement.