How Gatorade is Using Omega-3 Testing to Up Its Game 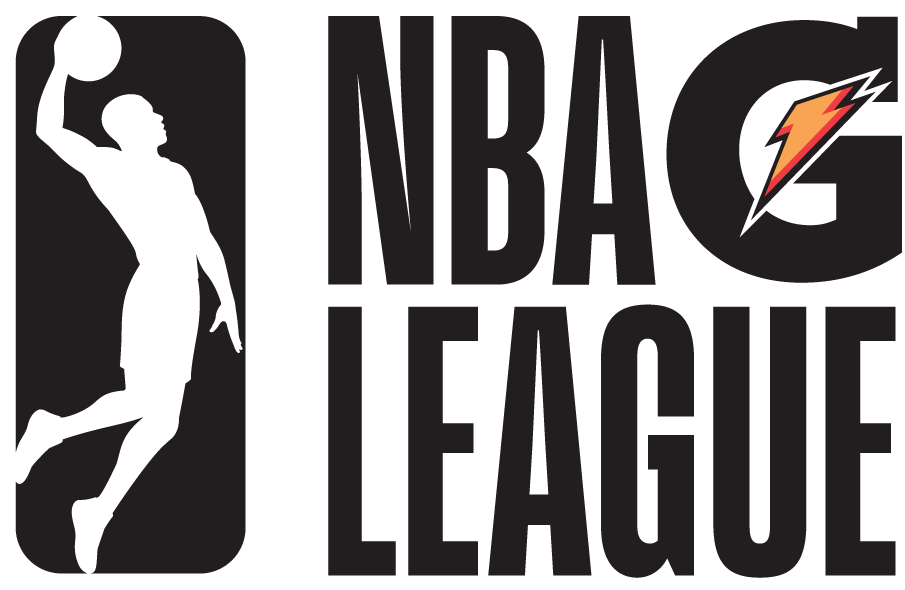 Beginning with the 2017-18 season, the NBA Development League (NBA D-League) became the NBA “G League” as part of a multiyear expanded partnership between the NBA and Gatorade.

There is hope that the league will eventually consist of 30 teams – one for each NBA team.

As a side benefit of being part of the league, these athletes will gain unfettered access to the Gatorade Sport and Science Institute (GSSI), which studies player movement and body efficiency.

Through the GSSI, the sports fuel company will collaborate with the NBA G-League on programs to enhance player sports performance and recovery. Since 1985, GSSI has helped athletes optimize their sports performance and well-being through research, education, innovation and providing high-caliber sports nutrition science services. GSSI scientists will partner with the NBA G League on player nutrition and training programs, incorporating the newest technology and innovations in Gatorade testing, product and equipment.

According to an August 28th article in Front Office Sports, while Gatorade sport scientists perform regular fitness and nutritional testing on the basketball players, they’re also testing products. In fact, it recently released Gatorade Essentials to the public, a line it first tested in the G League.

Quoted in Front Office Sports, Jeff Kearney, Gatorade’s global head of sports marketing, said the company regularly works with other teams, leagues and athletes with testing, but that the G League teams makes for an ideal ecosystem for trial and error. They’ve worked on sweat and recovery testing and in the 2019-2020 season will look to implement a few tests, including Omega-3 Index testing and the monitoring of hydration habits.

Inflammation, An Important Play for Omega-3s

Nutrition is a key element that helps people exercise and train harder and longer, and recover faster. In a 2018 review of the top 10 supplements for speed and power, omega-3s were mentioned among mainstay nutrients like vitamin D, creatine, and protein. The reason? Besides being a “heart healthy” option, emerging benefits suggest that these nutrients can offer so much more.

Omega-3s first became popular among athletes and those who lead active lifestyles because of their anti-inflammatory benefits. While exercise carries enormous benefits for the body, it can also spur the production of inflammatory substances like free radicals. This in turn can lead to muscle soreness and joint pain.

More recently, researchers are turning to omega-3s as an ergogenic aid to boost both mental and physical performance.

In one study, researchers focused on omega-3s and their anti-inflammatory properties, especially in relation to their ability to change the functional capacity of the muscle cell by modifying the membrane fluidity of proteins and lipids within the cell membrane.

In this review, they specifically looked at promoting muscle adaptation, energy metabolism, muscle recovery and injury prevention (e.g. muscle loss during immobilization, or concussion). These findings, they believe, have applications to athletes competing in strength/power-, endurance- and team-, based sports.

Based on available information, the authors of the study said there is some scientific evidence that omega-3 supplementation may improve endurance capacity by reducing the oxygen cost of exercise. They also pointed out that several studies report a benefit of omega-3 supplementation in promoting recovery from eccentric-based muscle damaging exercise.

In contrast, there is insufficient evidence from studies in athletic populations to support the claim that omega-3 supplementation facilitates muscle growth during resistance training or preserves muscle mass during catabolic scenarios such as energy restriction or immobilization.

Moving forward, the researchers believe this field is wide open to the investigation of context-specific applications of omega-3 supplementation for sport performance.

More than one-third of these athletes had an Omega-3 Index considered high risk (<4%), and two-thirds had a risk considered intermediate (4%–8%). None had a low-risk Omega- 3 Index (>8%), which is very much in line with the typical omega-3 status of average Americans.

“Whether this would include promoting increased consumption of oily fish (salmon, mackerel, sardines, etc.) or the use of omega-3 supplements (or both) is a topic for further discussion. In either case, the risks of increasing EPA and DHA intake are virtually nonexistent, and the potential benefits appear to be substantial,” they added.

Research published in July 2018 showed similar results, although in a smaller group of 112 subjects. In a poster presented during the American College of Sports Medicine Conference, it showed that the average Omega-3 Index was 4.35% among the football players evaluated. According to a Nutraingredients-USA article discussing this research, revelations like this have led to the use of omega-3 products in professional sports leagues like the NFL, NBA and NHL.

The article went on to say that college teams are not allowed to give their student athletes omega-3 supplements. As a result, Chelsea Burkart, president of the Collegiate and Professional Sports Dietitians Association, said, “These are Division 1 athletes, so they all have access to training tables. They have some of the best food and nutrition advice available. And they are still not getting enough omega-3s.”

Going back a couple years, a 2017 study evaluated the effect of omega-3 EPA and DHA supplementation in athletes on the Omega-3 Index. In this pilot study, 24 athletes from the Olympic Training Center in Spain were randomized to two groups, one taking 2 grams of omega-3s (760 mg of EPA and DHA) and the other 3 grams (1140 mg of EPA and DHA) for a period of four months. Five athletes and four training staff volunteers represented the control group.

The researchers found that the Omega-3 Index was lower than 8% in 93% of all the athletes. The supplementation worked in a dose-dependent manner: 144% for the 3 gram dose and 135% for the 2 gram, with a 3% significant decrease of omega-6 fatty acids. No changes were observed for the control group.

They concluded that supplementation with omega-3 fatty acids increased the content of EPA DHA in the red blood cells at 4 months in a dose-dependent manner and that athletes with lower basal Omega-3 Index were more successful in increasing their levels.

In addition to these studies, a 2014 study evaluated the Omega-3 Index of 106 German winter endurance athletes. Like the previously mentioned studies, most athletes had an Omega-3 Index below 8%, putting them at elevated risk for untoward cardiovascular events, and suboptimal brain structure and function.

According to lead researcher Dr. Clemens Von Schacky, a co-inventor of the Omega-3 Index, while sudden cardiac death is a rare event in athletes, cardiovascular-related sudden death is the leading cause of death, representing 75% of sudden deaths during exertion. Furthermore, the prevalence of brain dysfunction in the form of cognitive issues and depressions tends to be higher in athletes.

“We conclude that we have identified a deficiency of EPA and DHA in these elite athletes,” the study authors said. “This deficiency presents a potential option for prevention of cardiovascular events such as sudden cardiac death, and improving aspects of brain function.”

The Future of Omega-3s in Sports

Omega-3s have gained notoriety for more than 30 years for their heart and brain health benefits. But the science around sports performance and recovery has been quietly building for the last decade.

According to Hector Lopez, a sports nutrition expert quoted in a 2018 Nutraingredients article, omega-3s have become part of the sports nutrition supplementation pyramid over the last several years. In this regard, he says athletes consider omega-3s part of an overall healthy diet due to their essentiality. Their application to specific aspects of sports nutrition like performance and recovery is still emerging, but promising.

In the meantime, if consuming adequate amount of omega-3s is the goal, most studies show that athletes are having a more challenging time hitting the mark – i.e., an Omega-3 Index of 8%. Pairing omega-3 intake with Omega-3 Index testing seems to be the most logical means by which athletes and others can make sure they are getting what they need of these important nutrients. 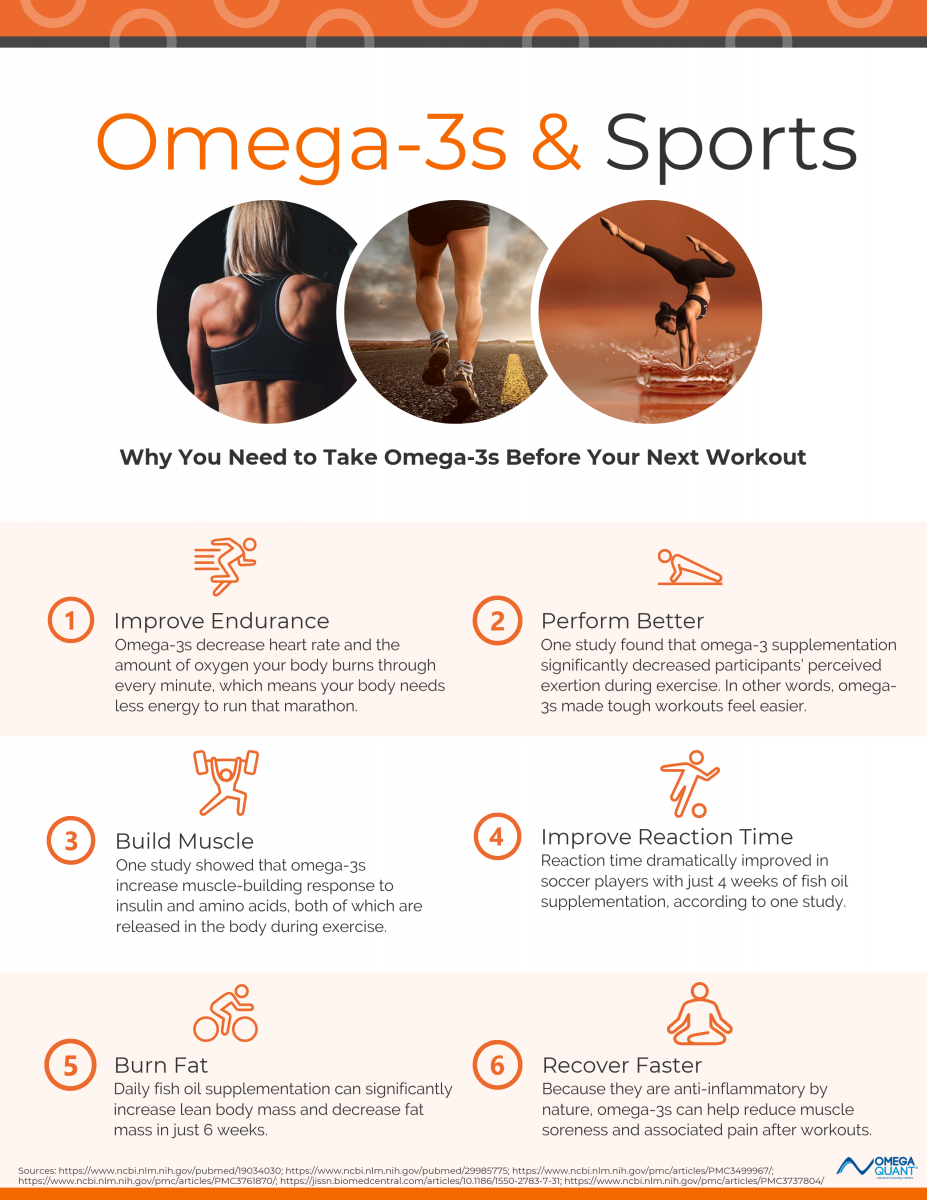