On beyond the Abstract: Dr. William Harris responds to a meta-analysis about fatty acids and heart disease risk 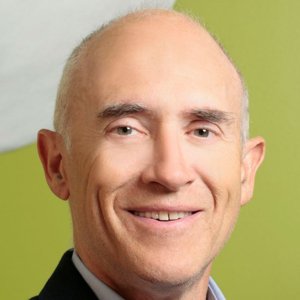 The following is an edited excerpt from a response to a recent meta-analysis on fatty acids (dietary and blood levels) and cardiovascular disease risk, written by Dr. William Harris, President and CEO of OmegaQuant.

“Chowdhury et al. (Annals of Internal Medicine; epub March 18, 2014) undertook to look at the relations with coronary events for saturated, monounsaturated, omega-6, omega-3 and trans fatty acids measured by dietary intake data, circulating blood levels, and supplementation studies. This was a huge undertaking! Their conclusion in the abstract that show no significant relations with EPA and DHA are, however, not reflective of the data they report in their tables. They also reflect differences in the statistical tests used to draw conclusions. Nevertheless, I think these data are, on the whole, still supportive of a beneficial effect of omega-3 fatty acids in coronary heart disease (CHD). Some of the relevant data are shown in the following Figures from the paper.”

Circulating (blood) levels of EPA, DHA, and the Omega-3 Index (EPA+DHA) were related to reduced risk in this study, but the abstract states that were was not a relationship with TOTAL omega-3 fatty acids (ALA+EPA+DPA+DHA). “Figure 2 is for circulating fatty acids, usually found in plasma but also plasma phospholipid, cholesteryl ester, and a few adipose tissue studies are included. Note the significant benefit associated with EPA, DHA, and the Omega-3 Index from 13 studies reporting on them. DPA was only with 4 studies, but it was beneficial as well. The total long chain omega-3 data (to which the Abstract refers) are probably not significant because it contains only 4 studies that apparently did not break down the individual fatty acids. They ignored the beneficial relations with the individual long-chain omega-3 fatty acids in the Abstract.”

Reported omega-3 intake for individual omega-3 fatty acids shows a positive effect with one kind of statistical model, but not in another. Not sure on which model is better or more accurate – #STATSFAIL. “Supplemental Figure 3 shows that for reported intakes of individual long chain omega-3s, the overall effect is positive in the “overall fixed effect” model but not in the “random-effects” model (see the bottom two lines). I can’t explain the difference. The latter was what was reported in Table 1 above and in the Abstract.”

Another analysis that shows blood levels of EPA+DHA (i.e. the Omega-3 Index) are related to lower risk of heart disease endpoints. “Supplemental Figure 9 shows that the circulating EPA+DHA is beneficially associated with coronary outcomes whereas total omega-3 (including ALA and DPA) is just barely not.”

In randomized controlled trials where individuals were supplementing with EPA+DHA, the effect of omega-3s is “barely non-significant.” “Supplementary Figure 14 shows the effects for supplementation studies with long-chain omega-3 fatty acids. Here the effect is just barely not significant.”

So, what do we take away from this? 1. The Abstract cannot possibly state every result. The authors opted to state the “total omega-3” results rather than the individual fatty acids. Reading the paper and studying the data is very important to appreciate the findings for EPA+DHA, specifically. 2. It appears that higher blood levels of EPA+DHA is protective against heart disease. However, this seems to be due to a lifetime of higher omega-3 levels rather than increased levels in a short-term supplementation study. 3. Higher blood trans fat levels are still related to higher risk.

From the totality of the data in the paper (beyond what could be described in the abstract), we believe the most important blood fatty acid levels to know are your  Omega-3 Index and Trans Fat Index (each $79 or both in the full profile for $99). Because knowing matters.