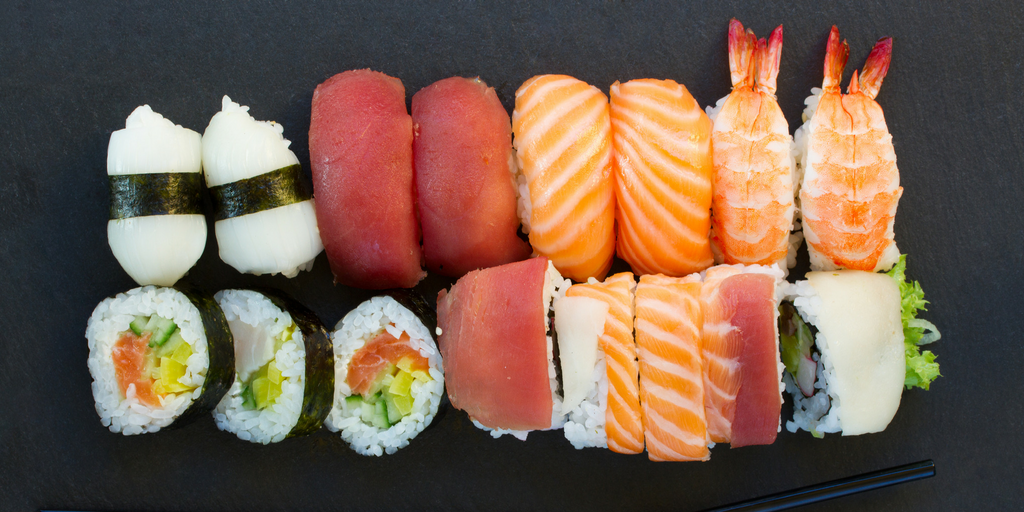 March is National Nutrition Month, so a natural topic for our blog is to cover the best dietary sources of omega-3s. We and others have shown that dietary intake of omega-3s EPA+DHA is the main driver of Omega-3 Index levels, both in observational and intervention studies (Block et al. 2008; Harris 2007). But, as with all topics in nutrition, there is still confusion and controversy over the “best way” increase your Omega-3 Index. Everyone has a different definition of what constitutes the “best way” to do this, depending on their values, i.e. what dietary source is the most potent, most natural, most sustainable, cheapest, purest, etc.? In this month’s blogs, we will present data (and our thoughts) on the many ways to raise your Omega-3 Index. We at OmegaQuant have always been agnostic when it comes to omega-3 dietary sources and try to let the data speak for itself and individuals choose what works for them. At the end of the day, the “best” dietary source of EPA+DHA is one that you actually will eat (or take) and one that increases your blood omega-3 levels. We will be posting two blogs dissecting this question, the first focused on food sources and the second on supplements.

Eat eight ounces (or about two servings) of fish per week.

This is the advice for the general population from the Dietary Guidelines for Americans (2015-2020). Most servings of fish are assumed to be 3-4 ounces, however, serving sizes in real life vary greatly. They recommend oily fish for at least one of the servings and assume that this level of intake will result in an average of 250 mg EPA+DHA per day. This is better than we are currently doing (current estimated EPA+DHA intake is <100 mg per day in US adults), but many organizations recommend higher intakes of at least 500 mg EPA+DHA per day. The FDA has stated that taking/eating up to 3000 mg EPA+DHA per day is generally recognized as safe. We should also note that pregnant and lactating women as well as small children are encouraged to eat between 8-12 ounces of fish per week while taking care that the fish they choose are low in methyl mercury. The FDA has released a helpful guide to choosing high-DHA, low-mercury fish here.

Omega-3s EPA and DHA are found naturally in fish, not plants.

A major point of confusion in the omega-3 world is the difference between “plant-based” and “marine-derived” omega-3s. The type of omega-3 found in plants is alpha-linolenic acid or ALA, while omega-3s EPA and DHA are found in fish or marine life. Walnuts, flax seed, and chia seeds are some popular “omega-3 rich” foods which only contain ALA, not EPA+DHA. ALA is a healthy fat but it does not have the research to show that eating it or having higher blood levels of it has an effect on heart, eye, and brain health in the same way as EPA+DHA. Furthermore, eating more ALA does not increase the Omega-3 Index. So, add chia seeds to your smoothies for the extra fiber and vitamins and minerals, but don’t expect it to affect your Omega-3 Index.

Salmon is a great source of EPA+DHA, but their bodies don’t produce EPA and DHA any better than we do. They just eat loads of EPA+DHA. Their dietary sources in the wild are plankton, insects and other fish, which are chockfull of EPA+DHA. However, not all fish live in an area with these omega-3-rich plankton and fish. In fact, they’re found primarily in colder waters which is a main reason omega-3-rich seafood (and higher Omega-3 Index levels) are synonymous with colder climates and cultures, like the Greenland and Alaskan Inuits, Scandinavian countries, and Japan. In our Omega-3 Index reports, we provide a list of fish ranked by their reported EPA+DHA levels, so that you can choose the fish with the best omega-3 bang for your buck. For example, popular fish and seafood like tilapia and shrimp have very little EPA+DHA compared to salmon. Other fish besides salmon that are rich in EPA+DHA are herring, tuna, mackerel, rainbow trout, and sardines. This leads me to the next topic…

The Wild vs. Farmed Salmon Debate.

For years, farmed salmon were fed a marine-based diet similar to what they would eat in the wild, providing plenty of EPA+DHA. In fact, a farmed salmon fillet often has more EPA+DHA than a wild fillet because their overall fat content is higher. As salmon has become more popular and the demand for fish oil for human uses has skyrocketed, the cost of crude fish oil for aquaculture has increased, forcing salmon farmers (or as Bill thinks they should be called, “salmon ranchers”) to transition from marine- to plant-based oils. Plant-based feeds are more sustainable and don’t have the toxins that are found in fish feed (mercury and PCBs), but they also don’t contain omega-3 EPA+DHA. According to Sprague et al. 2016, there has been a considerable decrease in the EPA+DHA levels in farmed Scottish salmon from 2006 to 2015 (see figure). While the proportion of EPA+DHA of total fat has decreased in farmed fish and is lower than wild (left graph), the total amount of EPA+DHA is still higher in farmed vs. wild salmon (right graph). However, the number of servings per week of farmed salmon needed to reach recommended intakes of EPA+DHA has increased from 1 to 2 in light of this trend to replace fish oils with plant oils in salmon feed.

UPDATE (3/27/17): Just wanted to add another layer to this debate: A new study from Norway found that farmed salmon had lower levels of environmental contaminants (PCBs, dioxins, heavy metals) as compared to wild salmon caught in the Arctic sea (Lundebye et al. 2017). However, the levels of these contaminants were below the allowable limits set by the EU in all salmon types and the wild salmon had higher levels of EPA+DHA (in absolute terms) and had lower levels of saturated, monounsaturated and omega-6 fatty acids as well as higher levels of other beneficial nutrients (selenium, copper, zinc, iron).

Technological advances have muddied this already confusing area. Scientists have scoured the planet searching among the thousands of species of micro (single-celled) algae for strains that naturally make a lot of DHA and more recently EPA as well. Those that they found are grown in big vats, the oils harvested and then “microencapsulated” into a form that can be added to common foods without affecting the quality of the food it may be added to. For example, you may buy milk that has DHA. DHA is not “natural” in cow’s milk, and Bessie isn’t being fed fish or fish oil; rather DHA-rich, microencapsulated algal oil has been added in to the final product. So, this is technically a “plant-based marine oil”… which is very confusing, but also great for those who do not eat fish or animal products. If DHA is in a food that doesn’t smell like fish (literally), then it is probably from this process.

To sum up, EPA+DHA-rich fish are the most potent, natural and probably cost-effective way to increase your Omega-3 Index with food.