Is Omega-6 Good for You? 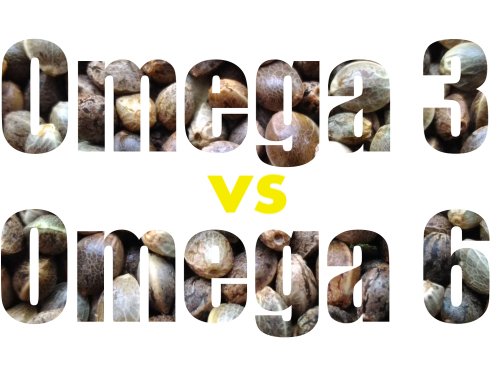 “Heresy! It can’t be! I thought you guys were experts?!”

We are well aware that some might have that reaction to the idea that omega-6 fatty acids might actually NOT be the boogeyman that they’ve been portrayed as for so long. So this blog might start off sounding more like a science lesson, but in the end the goal is to help you understand the roles omega-3 and omega-6 fatty acids play in the body.

We hope you’ll come to understand that, although there is no question that omega-3s are good for you, the omega-6 cousins might be as well despite the constant stream of information coming out against omega-6s.

Most experts agree that you need both. After all, they are both “essential fatty acids.” However, experts seem to part ways when it comes to recommending how much of each you need, with many suggesting that our consumption of these fatty acids is out of balance. In other words, we consume too much omega-6 and not enough omega-3.

We spend a lot of time in this blog lauding the benefits of omega-3s, but the truth is omega-6 brings a lot to the table as well. And it may not deserve the bad reputation it has gained over the last decade or so. But in life, and in fatty acids, we always like to have a good guy and a villain, a white hat and a black hat. Unfortunately it’s not that easy, or rational, to label one “good” and the other “bad.”

Let’s start off talking about omega-3s’ structure and function in the body. There are three main omega-3s that you tend to hear about — alpha-linolenic acid (ALA), docosahexaenoic acid (DHA), and eicosapentaenoic acid (EPA). They fall into a class called polyunsaturated fatty acids, a name that refers to their many double bonds. “Omega-3″ refers to the position of the final double bond in the chemical structure, which is three carbon atoms from the “omega” or tail end of the molecular chain.

VIDEO: Where Do You Get EPA & DHA?

How do omega-3s benefit the body? First of all, omega-3 are structural components of each cell membrane in the body. So they have an influence on many tissues, organs and systems in the body.

More specifically, EPA produces chemicals called eicosanoids, which are anti-inflammatory in nature. Because of this, it has benefits for heart and brain health.

DHA makes up about 8% of brain weight and plays a very important part in brain development and function from infancy to old age. It is also found in the retina as well as other parts of the body.

Because ALA is not active, it needs to be converted to the active forms, which are EPA and DHA. Unfortunately, this conversion process is considered very inefficient. Plus, the human diet is already chockfull of ALA, so as far as omega-3s go, most experts recommend consuming more direct sources of EPA and DHA like fatty fish such as salmon or mackerel. You can also find EPA and DHA in omega-3 supplements that contain fish, algal and krill oils. ALA is a plant-based omega-3 that comes from sources like flax, chia, avocados and walnuts.

Not a big deal, right? Wrong! In biology, even double bond positions on invisible molecules can be very important.

The most common and widely consumed omega-6 is called linoleic acid (LA), and it is primarily used by the body for energy. It is the classic “essential fatty acid” and was once called “vitamin F.” LA can be converted, to a small extent, into arachidonic acid (AA). This is analogous to the plant-derived omega-3 ALA being sparingly converted to EPA and DHA.

AA and EPA are similar in that they both produce eicosanoids, however, some of the ones produced by AA are more inflammatory. Because the diet is rife with omega-6, primarily in the form of LA, there is popular misconception that it produces too much inflammation instead of just what the body needs.

Because of this over production in inflammatory molecules, many popular science gurus believe this can lead to many of the chronic diseases we are dealing with today, such as cardiovascular disease, diabetes, and Alzheimer’s to name a few.

BLOG: This is Your Brain on Omega-3s

But new research is beginning to tell a different story, one suggesting that chronic disease is not about a “balance of omega-3 to omega-6,” but having both present in optimal amounts – that is what is beneficial to human health.

New Research Shows Omega-6 is Good For You

Two studies using the same methodology — i.e., comparing the risk for developing a disease over time as a function of blood LA levels — looked specifically at cardiovascular disease (CVD) as well as diabetes.

The latest study, published in April in Circulation, pooled data from 30 prospective observational studies from 13 countries involving about 69,000 people. The studies compared baseline blood LA (i.e., omega-6) levels with the subsequent risk for developing and/or dying from CVD.

VIDEO: Everyone Benefits from Knowing Their Omega-3 Index

A similarly conducted study, published in 2017 in The Lancet, analyzed data from 20 studies involving almost 40,000 people from 10 countries, in whom 4,347 new cases of diabetes occurred over time. These studies included adults with a wide range of ages and without any diagnosis of type 2 diabetes at the onset of the studies, when they were laboratory tested for levels of two key omega-6 markers — LA and AA. In this study, people with the highest LA levels were 35% less likely to develop diabetes than those in the lowest 10% of LA levels.

“The health benefits or harms that may come from the consumption of omega-6 fatty acids [especially LA, which constitutes 99% of the omega-6 fatty acids in the diet] are controversial,” said OmegaQuant’s Dr. Bill Harris, one of the authors on the latest Circulation paper. “These two studies indicate that consuming more LA will likely lower risk for diabetes and CVD. This means that LA is good for us, not bad.”

According to Dr. Harris, because LA can be converted into AA, which is the precursor to many pro-inflammatory molecules, some researchers believe LA should be considered pro-inflammatory itself.

“Regardless of the biochemistry (what molecules LA gets turned into and what they may do in the body), the larger question of ‘Do people who eat more LA (or better yet, have higher blood levels of LA) get sicker than people who have lower levels?’ is just now beginning to get answered,” Dr. Harris commented. The answer appears to be “no, they are actually healthier.”

These new findings confirm the prediction made 10 years ago in an AHA Scientific Advisory on Omega-6 Fatty Acids and Cardiovascular Disease, the lead author of which was Dr. Harris: “To reduce omega-6 intakes from their current levels would be more likely to increase than to decrease risk.”