Is There An Ideal Omega-3 Index for Children?

This is the first review to investigate the relationship between Omega-3 Index equivalence and cognitive outcomes in children and adolescents.

BLOG: 3 Ways Breastfeeding Moms Can Get More DHA to Their Babies

The goal of this review was to investigate whether: (1) a certain Omega-3 Index level and (2) a minimum daily omega-3 EPA and DHA dose are required to improve cognition in children and young adults, ages four to 25.

In total, the researchers included 33 randomized, placebo-controlled studies for their meta-analysis — 21 in typically developing participants and 12 in those with a disorder.

A positive effect on cognitive measures was more likely in studies with an increase in Omega-3 Index to >6%. Also, half of the studies in typically developing children with daily supplementation dose ≥450 mg DHA + EPA showed improved cognition.

Unfortunately, for children with a disorder no cut-off value was found.

But while dose is important, the Omega-3 Index appears to take precedence, according to Harry Rice, PhD, who is the VP of Regulatory Affairs for the Global Organization for EPA and DHA Omega-3s (GOED). He was quoted in a recent Nutraingredients USA article saying that “…large interindividual differences can exist in response to omega-3 supplementation. For this reason, omega-3 blood levels need to be measured, minimally as baseline and at the end of the study. Without these measurements, it’s difficult to analyze data and draw reasonable conclusions.”

In other words, only by knowing one’s starting and ending Omega-3 Index, can you decide what dose will be necessary to get a child to an optimal omega-3 blood level.

The researchers echoed these thoughts in their paper. “The goal of the current review was to investigate what Omega-3 Index is needed to improve cognition and whether the dose of DHA/EPA plays a role in the effect of omega-3 EPA +DHA supplementation on cognition.

“There seems to be some evidence that significant cognitive effects of omega-3 EPA and DHA supplementation can only be shown when the post-intervention Omega-3 Index is increased and reaches at least 6%. However, due to the limited number of studies for which recalculation of the Omega-3 Index equivalence was possible, this result should be considered with caution,” they said.

BLOG: Here’s What You Need to Know About Omega-3 & Breastfeeding

They also pointed out that future omega-3 supplementation studies should include blood level measurements, as suggested by organizations like the International Society for the Study of Fatty Acids (ISSFAL). If this happens, then perhaps a more precise target range for cognitive functioning, similar to that available for cardiovascular health, could be established.

“Children with ADHD are known to have impaired executive functions such as inhibition and attention, cognitive functions which are primarily located in the frontal cortex, a brain region especially rich in DHA,” the researchers wrote. “However, as ADHD is a multifactorial disorder with a complex etiology, it might be the case that not for all subgroups of children with ADHD a beneficial effect of omega-3 supplementation could be expected.”

VIDEO: The Most Important Window of a Baby’s Development is the First 1000 Days

Lastly, they said it has been suggested that children with ADHD have lower omega-3 EPA and DHA levels in their body and higher levels of inflammation. So it might be that the dose of EPA and DHA utilized in the studies included in this current review were too low.

For this reason, they said research with blood assessments, making recalculation to the Omega-3 Index equivalence possible, is especially important in children/adolescents with a disease or disorder.

Other Omega-3 Index Connections in Kids

Earlier this month we wrote a blog about the connection between omega-3 status and obesity in children.

This study from researchers in Canada aimed to determine whether long-chain polyunsaturated fatty acids (commonly referred to as omega-3 EPA and DHA) and fatty acid status relates to body composition in children with obesity.

The study was a cross-sectional analysis of 63 school age (6-13 years) children with obesity, but who were otherwise healthy, living in or near Montreal, Quebec. The study group was 48% female and 68% were pre-pubertal.

Dietary intake was measured through 3-day food diaries (two weekdays, one weekend day) the week after the baseline visit. The food intakes were reported by a parent or caregiver with instruction from a registered dietitian.

Blood was drawn from each child in the 12-hour fasted state, and the Omega-3 Index was the standard used to measure the amount of EPA and DHA in the red blood cells.

The study authors concluded that lower omega-3 EPA and DHA status in children with greater adiposity is consistent with suboptimal intakes of omega-3 fatty acids and fish in the diet.

In other words, this study found children with obesity have a lower Omega-3 Index than healthy weight children. Also observed was a moderate inverse relationship between the Omega-3 Index, fasting insulin levels and Homeostatic Model Assessment for Insulin Resistance scores in children (5-12 years). The authors also advise that the role of excess dietary fat consumption in the cause of childhood obesity remains questionable.

As for the first conclusion, OmegaQuant’s Dr. Bill Harris, co-inventor of the Omega-3 Index, was not surprised by the results. He said, “The study’s findings are pretty obvious given the lack of omega-3 rich fish or supplements in obese kids’ diets, which is reflected in their low Omega-3 Index. Unfortunately, this sets them up for other illnesses as they grow older.”

Dr. Harris advises that a simple intervention like adding more fish, such as salmon, or a daily omega-3 supplement to kids’ diets could offer obese children protection against future health issues.

The authors agree, advising that “Consumption of EPA and DHA directly from foods and/or dietary supplements is the most practical way for humans to increase levels of these fatty acids in tissues.”

The body of research on the relationship between omega-3 and red blood cell  measurements is inconsistent for children with obesity, according to the authors. But despite that, they believe studies such as theirs have laid the groundwork for future intervention trials to investigate the potential benefits of increasing EPA and DHA status on metabolic function, especially in a population with low baseline EPA and DHA status. 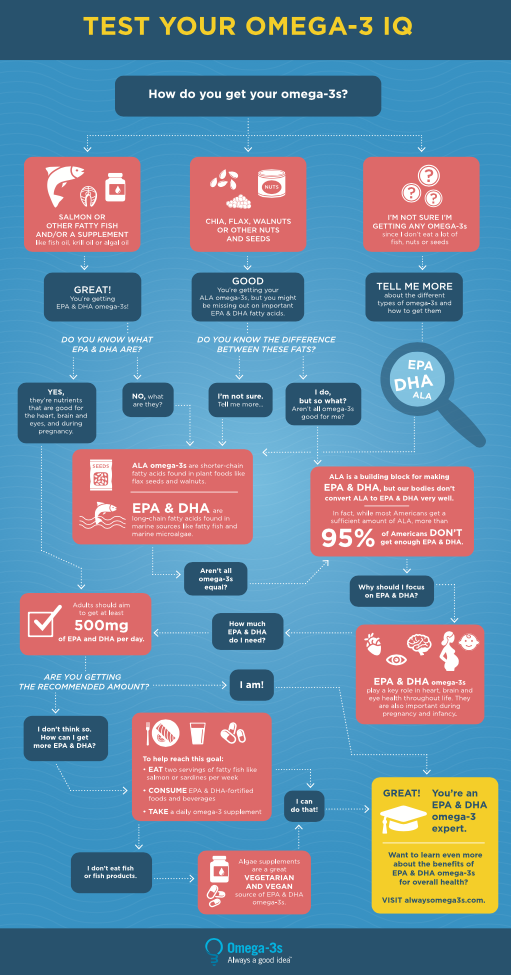