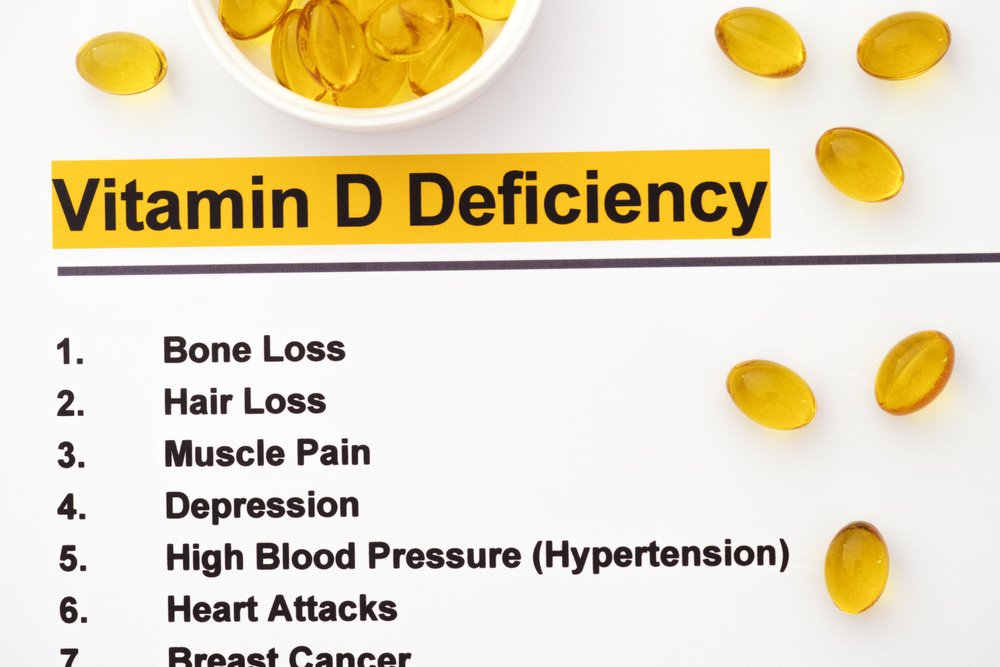 It’s possible. And it’s certainly something the scientific community should continue to explore. But the research to date has been mixed when it comes to Vitamin D and depression.

For those who have been following the overall research on Vitamin D, the potential benefits for this essential nutrient have expanded beyond its reputation as a bona fide bone-health protector, especially when taken side by side with calcium, which it helps the body absorb.

In recent years, research has found additional benefits or important associations for Vitamin D (or lack of Vitamin D) in the areas of the immune health, hair health, some cancers and other serious illnesses, weight management and more.

BLOG: 4 Things Vitamin D and Omega-3s Have in Common

In fact, the vitamin has been hailed by some as a superhero of sorts. Although here at OmegaQuant, we discourage people from thinking of any vitamin as a magic pill, preferring you consider the role that good nutrition plays in concert with a combination of healthy habits.

Scientists are even researching whether Vitamin D can have an impact on depression.

New research published in Nutrients in June sought to determine if Vitamin D’s anti-inflammatory properties could assist in managing symptoms of depression, and the results hinted at that possibility. But before we delve into the new study—as well as a few others on Vitamin D and depression—let’s first take a look at how depression impacts the lives of so many.

Then we’ll share how you can be sure you’re getting enough Vitamin D (without excessive sun exposure)—by first figuring out how much Vitamin D you actually need.

What Exactly is Depression?

The Mayo Clinic calls depression a mood disorder that causes a persistent feeling of sadness and loss of interest.

Depression ranges from mild to moderate to severe. Mild depression can make you feel low, making almost everything harder to do; while severe depression—also known as clinical depression or major depressive disorder—can lead to feeling hopelessness, or even suicidal thoughts or actions. There are proactive steps you can take, often in combination, to help manage your depression, including counseling/therapy with a trained social worker,  psychologist or psychiatrist; lifestyle changes, such as getting regular sleep, exercise and a well-balanced diet with appropriate supplements; prescribed antidepressant medications; and medical procedures such as electroconvulsive therapy.

Depression can be caused by a number of things, including changes in life’s circumstances (e.g., job loss, divorce, loneliness, death of a close family member or friend), negative thought patterns and lack of self-esteem, genetics, hormones and chemical changes in your brain. Depression often occurs in those dealing with other serious illnesses such as cancer, diabetes, Alzheimer’s disease and more, and cyclically depression may lead to some of those same diseases.

Depression can last a long time and affect your everyday life—especially if you don’t take steps to manage it.

Who Suffers from Depression?

Whether you’re feeling a little blue or are unable to get out of bed in the morning, you’re not alone. Depression is a major public health issue worldwide, impacting more than 264 million people, according to the World Health Organization.

And that’s not even taking into account mild or moderate depression.

The Centers for Disease Control and Prevention cites these 2019 statistics from the National Health Interview Survey:

And those statistics are prior to COVID-19. According to one study published in September 2020 in JAMA, depression symptoms in the U.S. tripled during COVID-19 compared to prior to the pandemic.

VIDEO: How Do Omega-3s Help Anxiety?

A new report from Mental Health America (MHA), a community-based non-profit organization, claims over 47 million American adults experience mental illness, ranging from mild to serious, with 57% of those adults not receiving treatment.

Major depression is one of the most common mental illnesses, affecting 6.7% (more than 16 million) of American adults each year according to MHA.  No one is immune to depression, no matter your gender, age, race or ethnic group.

Here are few more key findings from the MHA report.

What Does the New Study on Vitamin D and Depression Tell Us?

Earlier in this blog, we referenced a new study published in June in Nutrients that sought to determine whether the relationship between depression and Vitamin D is moderated or mediated by inflammation. (A moderated variable affects the strength and direction of a relationship while a mediated variable explains the process through which two variables are related.)

VIDEO: Does Giving Omega-3 to Children Help with ADHD?

In other words, the researchers were hoping to determine the mechanisms by which Vitamin D might impact inflammation and in turn modify depression.

The study was conducted out of Germany, using a community sample of over 7,100 adults from the LIFE-Adult Study for whom depressive symptoms were assessed by using the German version of the CES-D scale and serum 25-hydroxyvitamin D (25(OHD)D) levels and three inflammatory markers (IL-6 and CRP [c-reactive protein] levels and WBC [white blood cell] count).

A quick translation: the CES-D scale stands for the Center for Epidemiologic Studies Depression Scale, a self-report depression scale for research in the general population to assess depression.

Serum levels of Vitamin D refer to blood levels of the nutrient.

Further, Vitamin D has been found to play an important role in modulating the immune/inflammation system and previous studies have also found that low Vitamin D levels are associated with increased inflammation. It is important to note that while a causative effect on the influence of Vitamin D on inflammation continues to be explored, that kind of relationship has not yet been determined.

BLOG: Vitamin D Levels Around the World Are LOW

To the best of their knowledge, the authors believe this is the first work examining the role of inflammation in the relation between depressive symptomatology and serum vitamin D levels using mediation and moderation analyses in a community sample. But they don’t think it should be the last.

In analyzing their results, they referred to several possible reasons as to why their study did not find moderation or mediation effect of inflammation on the association of Vitamin D levels and depressive symptomology, as had been described by previous studies.

For example, they explained that their study population was comprised of participants without serious medical conditions, while many studies demonstrating a moderation or mediation effect examined clinical populations, including suicidal and non-suicidal depressives. “In our study,” they stated, “depressive symptomatology was assessed using via self-rating…which cannot capture atypical symptoms of depression that might be more relevant for the association between Vitamin D levels and depressive symptoms…”

BLOG: Vitamin D is Good For the Bones, But What About the Heart?

In other words, the study population may not have been depressed enough to have found the moderation or mediation effect of inflammation associated with Vitamin D levels.

Further they explained their reasons for conducting the study in the first place were the previous studies that noted the potential association between Vitamin D and depression.  “Further studies are needed to examine the effect of vitamin D supplementation on inflammation and depressive symptomology for causality assessment,” they concluded.

The Role of Vitamin D in Depression

So, what do we really know about Vitamin D and depression? For starters, we know that the research is evolving and that researchers continue to seek funding to study the effects that Vitamin D may have in helping prevent or manage the treatments of depression.

We also know there have already been some studies that have found a link between Vitamin D deficiency and depression. For example, Healthline reported on a meta-analysis that found that statistically, people with low Vitamin D were at a much greater risk for depression. And, their article referenced an earlier study that identified Vitamin D receptors in the same areas of the brain associated with depression.

This article discusses the fact that there is no causal nor conclusive evidence that Vitamin D can prevent or treat major depression. However, it also advises that Vitamin D has several benefits, including its link to lower inflammation and the body’s regulation of immune function.

A third piece, this one in Nutritional Outlook, explains the pitfalls of clinical trials as the be-all and end-all for studying nutrients.

From our perspective, don’t think of Vitamin D as a panacea. And especially for those of you suffering from depression, we wouldn’t recommend that you take Vitamin D supplements envisioning it will treat your depression. There are better ways to manage your symptoms and your illness. Depression is a complex and serious issue—one that likely involves a combination of treatments, as we discussed earlier.

BLOG: Vitamin D: Are You Getting Enough?

However, what we do recommend is this. Learn more about the benefits of Vitamin D as they are plentiful and reason alone to consider supplementing with Vitamin D if you don’t already get enough from your diet or the sun (which in excess can be unhealthy).

You can read about reasons to be sure you have enough Vitamin D in your blood here and here. Then understanding the numerous benefits already discovered for this nutrient, and further realizing that science may continue to unlock more benefits, find out if you’re getting the recommended amount of Vitamin D.

Many people are surprised to learn they aren’t getting enough Vitamin D. But data show that up to 94% of people don’t even consume the Estimated Average Requirement (EAR) of 400 International Units (IU) per day. Adequate Vitamin D status is important because Vitamin D receptors are distributed nearly everywhere in the body, suggesting it plays a role in numerous aspects of health.

So how do you determine if you’re getting enough Vitamin D? Testing is easy nowadays and can even be done in the comfort of your home with a single finger prick. You can learn more about home Vitamin D testing here. Then, depending on your current Vitamin D status, you can alter your food, supplement, or sunshine consumption appropriately—and to your benefit.