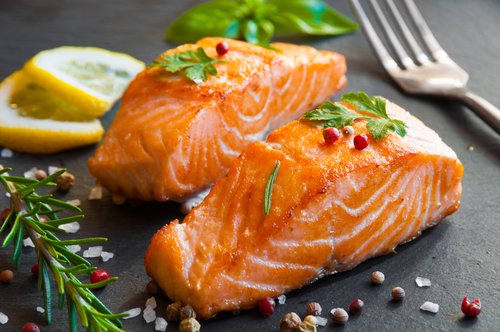 With the holidays approaching, it is natural to find yourself slipping away from your typical dietary routine. But if you’ve gone Keto, there are plenty of reasons to stick with it. One excellent reason is because the Keto diet has the potential to deliver an abundance of health-protective omega-3s.

If Google searches are any indication of popularity, anyone using the search phrase “keto diet for beginners” will turn up more than 100 million results. That’s almost twice as many results than a search for New Year’s Resolutions.

Although fashionable right now, the roots of the Keto diet actually stretch as far back as the 1920s when it was used to help treat seizures, particularly in children. The development of seizure drugs eventually pushed it out of the spotlight, but it reportedly resurfaced again during the 1990s.

A 2017 article described its comeback: “In the early 1990s, Hollywood director Jim Abrahams (best known for movies with exclamation marks in the titles, such as Airplane!) took his son, who suffered from intractable seizures, to Johns Hopkins Hospital in Baltimore. Doctors there had success treating the boy with a ketogenic diet, and his story was featured in a 1994 episode of NBC’s Dateline… By the mid-2000s, the diet was accepted as an uncontroversial, successful method for reducing epileptic seizures.”

Forbes recently listed the Ketogenic “Keto” Diet as one of the top diet trends for 2018, joining other popular diets like Paleo, Alkaline, Whole 30 and Intermittent Fasting. Why? Because it works! The article said, “Keto has made a name for itself for its impressive ability to aid in weight loss, it’s extreme improvement in energy levels, and the impressive health benefits for people suffering with any kind of chronic disease.”

So what’s the catch? It is probably one of the strictest diets out there. The goal is to eliminate most carbohydrates from your diet in favor of fats, so that your body can use your fat as fuel. It does this by using up your glucose storage and then switching to burning your fat stores. Going through this process is called ketosis.

This is when your body starts to produce small molecules called ketones, which serve as an alternative fuel source for your body when blood sugar (glucose) is in short supply. According to the DietDoctor.com, ketones are produced if you eat very few carbs and only moderate amounts of protein.

But the Keto diet is not for everyone, including diabetics, women who are breastfeeding or those who take blood pressure medications. And there are some unpleasant side effects to be aware of, such as constipation, diarrhea and nausea. Some experts also report a slight risk for kidney stones and gallstones.

So what can you eat when going Keto? There is a long list, but for the most part it includes a lot of fat, some vegetables and protein. The goal here is to be aware of the “net carbs” from the foods in these main groups. Net carbs are those that will have an impact on blood sugar levels. Other carbs, like sugar alcohols and fiber, are not calculated in this because they have a minimal impact on blood sugar.

Some of the lowest carb options include foods like:

Some foods to avoid are:

To achieve ketosis and stay there, ideally you should consume 20 or less net carbs per day. One of the best ways to identify foods that are keto friendly is to make sure you are eating whole foods and not packaged or processed foods like cookies, cakes, snacks and bars — even if they say they are keto friendly.

Often times these products contain ingredient lists several inches long and it’s a lot of work to sort out what you can and can’t have of the ingredients listed on the label. Most people advise that less is more when going Keto. In other words, the fewer the ingredients the better.

The Benefits of Going Keto

One of the most talked about benefits of the Keto diet is weight loss, especially for those who are overweight or obese. In fact, there are at least 31 randomized controlled trials that show significantly better weight loss with low-carb diets vs. low-fat diets.

CHECK OUT THIS INFOGRAPHIC ON LOW-CARB VS. LOW-FAT DIET STUDIES

Another benefit of the Keto diet is the more efficient management of blood sugar, which in turn can lead to more energy and focus. Some people have even claimed a complete reversal of Type 2 diabetes.

Other nutrients that will be plentiful on the Keto diet include those you get in leafy greens and vegetables. This includes important vitamins like C and K, as well as minerals like iron and calcium.

Above all, the Keto diet promotes a high amount of healthy fats. Olive and coconut oils are popular for their taste and health benefits. Likewise, fatty fish like salmon are singled out because of their versatility in various Keto-inspired recipes and the fact that they contain the special fats called omega-3s.

Fatty fish like salmon contain the omega-3s EPA and DHA, which are referred to as long-chain fatty acids. You may have also heard about another popular omega-3 fat called ALA, which is a short-chain fatty acid found in foods like avocado, flax and chia.

ALA will convert into EPA and DHA in the body but the rate at which this happens is very poor – usually less than 5%. So you would have to take in a lot of ALA to add up to a healthy amount of EPA and DHA. For example, if you eat something with 1000 mg of ALA, you would probably only get 50 mg of that to convert to EPA and DHA. Most experts recommend consuming between 500-1000 mg of EPA and DHA daily in order to reap their health-protective benefits.

This is not to say that avocados, flax and chia aren’t healthy. They are indeed! But if you are looking get more omega-3s EPA and DHA in your diet, you should probably stick with fish like salmon.

The American Heart Association recommends eating fish (particularly fatty fish) at least two times (two servings) a week. Each serving is 3.5 ounce cooked, or about ¾ cup of flaked fish. Fatty fish like salmon, mackerel, herring, lake trout, sardines and albacore tuna are high in omega-3 fatty acids. A serving of salmon, for example, can contain between 1000-2000 mg of EPA and DHA.

LISTEN TO DR. BILL HARRIS DESCRIBE THE DIFFERENCE BETWEEN ALA AND EPA/DHA

So why are EPA and DHA so important? It is these omega-3s for which the large majority of research has been conducted for the last several decades. To date, there are more than 30,000 research papers on omega-3s EPA and DHA, with more than 2000 of those being randomized clinical trials. There are more studies are these nutrients than Lipitor, Acetaminophen and vitamin D.

Before approaching any new diet, it is smart to check in with your doctor to make sure it will be safe for you. And remember, while the Keto diet may not be for everyone, omega-3s certainly are. Nature put omega-3s in each and every cell in your body for a reason. Make sure if you skip the Keto diet that you still get your daily fill of omega-3s.

If you are not a fish person for whatever reason, but are still looking for ways to get these important nutrients into your diet there are plenty of products that can help you. Fortified yogurts and milks, as well as omega-3 supplements containing EPA and DHA are great alternatives to fish sources like salmon.