Make Sure You Get Enough of These Nutrients During Pregnancy 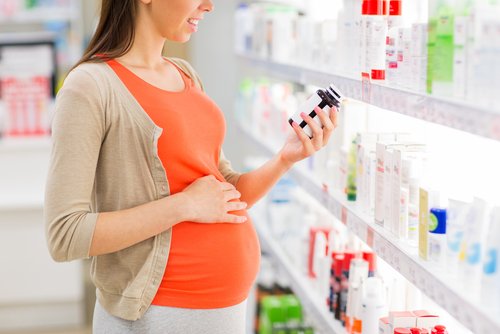 There are only a few times during a woman’s life when her body will go through so many changes so quickly. Pregnancy is one of those times. When you are pregnant there is a big demand for everything your body has to offer, so your baby can grow healthily inside your belly for nine months.

So what are some nutrients you should be getting? Healthy amounts of folic acid, DHA, choline, and iron are a handful of popular recommendations for pregnant women as they have important benefits for you and your baby.

The problem is many women don’t get enough of these nutrients and there can be some consequences as a result. Prenatal vitamins are specifically formulated for pregnant women to help make up for deficiencies that commonly arise during this time, especially if women are having a hard time getting these nutrients in sufficient amounts from their diets.

The B vitamin folate and its synthetic counterpart, folic acid, can be found in several foods and dietary supplements. According to the CDC, everyone needs this important vitamin, but pregnant women especially need enough to help prevent major birth defects of the brain and spine, such as spina bifida.

Neural tube defects present themselves when the neural tube fails to close properly early in the fetus’s development. For this reason, it is particularly crucial to get enough of folic acid before you get pregnant as well as during the first trimester because this is when the baby’s neural tube is formed.

Folic acid has been added in foods for the last couple of decades through the US government’s mandatory food fortification policy. Some popular folic acid foods include:

Mandatory fortification programs have been implemented in many countries to maximize their effects and reduce the high costs associated with prevention programs such as education campaigns and other interventions that require behavioral change. Because of these efforts, the rate of neural tube defects has decreased by 25% in the US, and 42% in Canada.

Depending on your age, diet, medical history and genetics some people will need more folic acid than others.

The American Academy of Pediatrics says adding a daily dose of 400 micrograms (.4 milligram) of folic acid to your diet at least one month before you become pregnant — and increasing to 600 micrograms once you suspect you are pregnant, continuing throughout the first trimester of pregnancy — can cut the risk of neural-tube defects (NTDs) in newborns by half.

DHA can be found in food sources like salmon, trout, herring, and tuna. However, there is a lot of confusion as to which fish carry the most benefits and lowest risk when it comes to environmental contaminants like mercury. And while there is no shortage of lists detailing which fish are good to eat when pregnant, it is quite possible most women are forgoing fish altogether because of their concerns.

The good news is DHA is also available as a dietary supplement. One of the most popular prenatal DHA supplements is derived from algae because it is allergen-free, contaminant-free and vegan.

While it is recommended that pregnant women get at least 200 mg per day, most women only manage to get about 60 mg per day and less than 10% take a DHA supplement.

The DHA level a pregnant woman should strive for is at least 5% (i.e., 5% of her red blood cell fatty acids are DHA). If a woman falls below 5%, she can easily increase her DHA level by eating more fatty fish like salmon or taking an omega-3 supplement that contains at least 200 mg of DHA.

“In a study we published in December, we estimated that over 70% of women of childbearing age in the US are below the 5% DHA cutoff. There are no known risks to having a DHA level that is too high in pregnancy, except for the potential of carrying a baby past the due date. Still, the longer a baby can stay in the womb, the lower the chances are for complications,” said Kristina Harris Jackson, PhD, RD, a Research Associate at OmegaQuant Analytics, and inventor of the Prenatal DHA Test. “It’s hard to think of a more important biomarker than prenatal DHA levels that can be safely and easily modified and has such potentially consequential outcomes.”

BLOG: How to Monitor Your DHA Level During Pregnancy

According to unpublished data, around 50% of pregnant women in a recent study (n=20) in their third trimester had prenatal DHA levels less than 5%. However, after 10 weeks on 200 mg of DHA per day within a highly controlled diet, all women in the study reached 5%.

Choline was officially recognized as an essential nutrient by the Institute of Medicine (IOM) in 1998. It is found in a wide variety of foods, but egg yolks are by far the most concentrated source in the American diet, providing 680 milligrams per 100 grams.

Where else can you find choline? Other foods containing choline include lean red meat, fish, poultry, nuts, and some vegetables like cabbage, cauliflower and broccoli. However, if you want to maintain consistent, sufficient intakes then taking a choline supplement is a great option.

It is important to make sure you are getting enough choline during pregnancy because it helps build your baby’s brain and central nervous system.

In fact, a recent Cornell University study showed that baby’s gain enduring cognitive benefits when expectant moms take higher amounts of choline during pregnancy. The findings in this study are important because choline is in high demand during pregnancy, however, many women consume less than the recommended 450 mg per day.

“Part of that is due to current dietary trends and practices,” said Richard Canfield, a developmental psychologist in the Division of Nutritional Sciences and the senior author of the study. “There are a lot of choline-rich foods that have a bad reputation these days,” he said.

Eggs, for example, are high in cholesterol, and health professionals, including those in the government, have raised caution about pregnant women consuming undercooked eggs, which may deter women from eating them altogether, even though such risks are low for pasteurized or cooked eggs, Canfield said. Red meats are often avoided for their high saturated fat content, and liver is not commonly eaten, he added.

In this study, 26 women were randomly divided into two groups and all the women consumed exactly the same diet. Intake of choline and other nutrients were tightly controlled, which was important since the metabolism of choline and its functions can overlap with such nutrients as vitamin B12, folic acid, and vitamin B6.

“By ensuring that all the nutrients were provided in equal amounts, we could be confident that the differences in the infants resulted from their choline intake,” Caudill said. In this study, half the women received 480 mg/day of choline, slightly more than the adequate intake level, and the other half received 930 mg/day.

VIDEO: Choline Helps Determine How the Brain Develops During Pregnancy

The researchers said that maternal consumption of approximately twice the recommended amount of choline during the last trimester improves infant information processing speed. Furthermore, for the group taking 480 mg of choline per day, there was a significant linear effect of exposure duration (infants exposed longer showed faster reaction times), suggesting that even modest increases in maternal choline intake during pregnancy may produce cognitive benefits for offspring.

The Academy of Nutrition and Dietetics says the purpose of the mineral iron is to carry oxygen in the hemoglobin of red blood cells throughout the body so cells can produce energy; it also helps remove carbon dioxide.

There are two different kinds of iron – non-heme and heme. Non-heme iron represents the majority of iron humans consume in their diets and is the type of iron in most supplements.

Non-heme type of iron is found in the greatest quantities in grains such as rice, wheat, and oats. Non-heme iron is also found in nuts, fruits, vegetables, most iron pills, fortified foods, or contaminant iron such as from water, soil or cooking utensils. Meat also contains non-heme iron.

Unlike heme iron, non-heme iron must be changed before it can be absorbed. However, heme iron, found in foods like chicken, beef, turkey, and pork, is the kind your body absorbs best.

To improve your absorption of iron, WebMD suggests eating it along with a good source of vitamin C — such as orange juice, broccoli, or strawberries — or eating non-heme iron foods with a food from the meat, fish, and poultry group. On the other hand, you want to avoid things like coffee, tea, and wheat and dairy products because they can interfere will your ability to absorb iron.

During pregnancy, your body supplies blood and oxygen to your baby, so the demand for iron goes up to keep up with the increase in blood supply. Because of this, experts say you need about twice the amount of iron—27-30 mg per day—than you do when you’re not pregnant (18 mg per day).

SLIDESHOW: What Not To Eat When You’re Pregnant

About 50% of pregnant women don’t get enough of this important mineral. Meanwhile, about 15-25% of U.S. women develop iron deficiency (i.e., anemia) during pregnancy, according to the American Pregnancy Association. Anemia can cause premature birth and/or low birthweight.

The trouble with getting enough iron from the diet is that many pregnant women are limiting the rich sources like meat, fish, and poultry. This is especially true if you are a vegetarian.

An issue you might run into if you choose to take iron supplements is that they can cause nausea, vomiting, constipation, and diarrhea.

If getting more iron in your diet proves difficult, hang in there and do the best you can. The good news is most women’s iron levels go back to normal after birth.