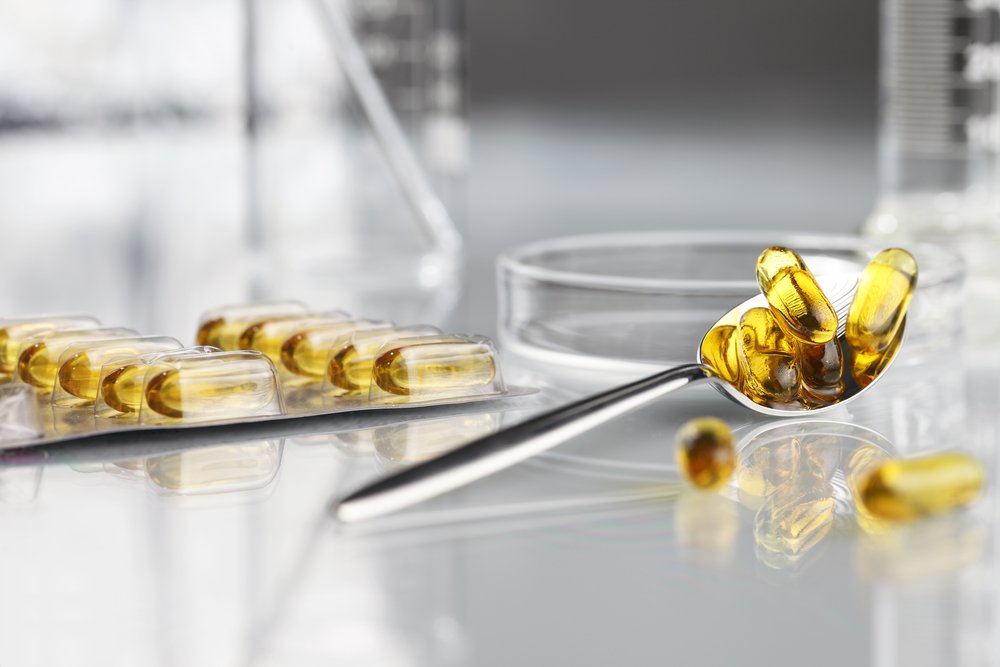 In the October 1st edition of the Journal of the American Heart Association, researchers from Harvard published an important meta-analysis on omega-3s and cardiovascular disease. In total, the study analyzed data from 13 trials, including three major 2018 studies: ASCEND, VITAL and REDUCE-IT. Importantly, according to the study’s authors, including these three trials increased the sample size by 64%, swelling the total population size to almost 130,000 subjects.

Inverse associations for all outcomes were strengthened after including REDUCE‐IT while introducing statistically significant heterogeneity. Statistically significant linear dose–response relationships were also found for total CVD and major vascular events in the analyses with and without including REDUCE‐IT. However, there was no impact with or without REDUCE-IT on the incidence of stroke.

The ASCEND study was the first to make major headlines last year when omega-3s and Aspirin failed to show any benefit for heart disease among diabetics.

The ASCEND study — which stands for “A Study of Cardiovascular Events iN Diabetes — recruited more than 15,000 people in the UK between 2007 and 2011. The goal of this randomized placebo-controlled trial was to determine whether 100 mg of aspirin and/or 840 mg of omega-3 fatty acids daily reduces the risk for cardiovascular events and/or cancer in patients with diabetes.

For the omega-3 part of the study, people either took 1 gram daily of a prescription omega-3 product containing 840 mg of EPA+DHA (as Lovaza) or 1 gram of a placebo, which was olive oil. During seven years of follow up, the subjects were monitored for serious heart and vascular disease events, such as heart attack, stroke and death arising from vascular issues.

A little less than 9% in the fish oil group experienced a serious vascular event compared to a little more than 9% of the placebo group, but the difference in event rates was not statistically significant, leading researchers to conclude: “Our large, long-term randomized trial shows that fish oil supplements do not reduce the risk of cardiovascular events in patients with diabetes.”

BLOG: Do Omega-3s Thin the Blood

They went on to say, “This is a disappointing finding, but it is in line with previous randomized trials in other types of patients at increased risk of cardiovascular events, which also showed no benefit of fish oil supplements.”

And the final blow: “There is no justification for recommending fish oil supplements to protect against cardiovascular events.”

One of the largest omega-3 organizations, the Global Organization for EPA and DHA Omega-3s,otherwise known as GOED, issued a public response to this study paper and then promptly submitted a Letter to the Editor of the New England Journal of Medicine, specifically pointing out the importance of the finding that omega-3s reduced the risk of vascular death by a statistically significant 18%.

The letter asserted that this is a clinically relevant benefit, which is especially important given that these are the first significant results to be reported for primary prevention, and challenges the authors’ conclusion that EPA/DHA-rich products provide no benefit.

At OmegaQuant we measured omega-3 fatty acid profiles in 152 subjects at two time points in this study — late 2014 and early 2015. Dr. Bill Harris, who processed this data for the study, said he could confirm the values reported in the paper were generally correct.

“The interesting thing to me is the story they tell,” he said. “For whatever reason, the individuals recruited into this trial already had unusually high Omega-3 Index values. And they were particularly high in the intervention group: 7% at baseline!”

These patients are very different from the general adult UK population, for whom the average Omega-3 Index is probably less than 4%. “While omega-3 treatment increased the Omega-3 Index to 9.1%, the high baseline Omega-3 Index suggests that the study participants were already close to the range of an Omega-3 Index (8-12%) that is optimal for cardiovascular disease prevention,” Dr. Harris explained. “So it is no surprise that an additional dose of omega-3 would only have a modest effect.”

Furthermore, he pointed out that if the investigators used the Omega-3 Index for screening and only accepted people with an Index <5%, for example, the results might have come out more favorably.

Chronic low dosing in these types of studies is a common issue, and also a major flaw of the ASCEND study. To that point, Dr. Harris points out, “Considering that you have 840 mg of EPA+DHA in 1 capsule and only 77% took that dose, the actual intake might have been something like 0.77 x 840 or 647 mg on average in the ‘intention to treat’ analysis. This level is way too low to expect an effect on the cardiovascular endpoints they were investigating in this study.”

REDUCE-IT, which stands for Reduction of Cardiovascular Events with Icosapent Ethyl–Intervention Trial, was conducted on a fish oil-based drug called Vascepa, from a company called Amarin.

Fatty fish like salmon also contain the omega-3s EPA and DHA, but they are delivered in both triglyceride and phospholipid form. Think of the triglycerides and phospholipids as carriers of omega-3s to the places your body needs them most, like the heart, brain and eyes.

People in the study took either 2 grams of Vascepa twice daily or a placebo. They continued this for a period of five years. Researchers wanted to find out if Vascepa combined with statin therapy is superior to statin therapy alone, when used to prevent long-term cardiovascular events in high-risk patients with mixed dyslipidemia.

After a median follow-up of almost 5 years, there was an approximately 25% relative risk reduction in the primary endpoint of first occurrence of a major adverse cardiovascular event (MACE) — any one of cardiovascular death, nonfatal myocardial infarction, nonfatal stroke, coronary revascularization, or unstable angina requiring hospitalization — in the EPA group, which was highly significant

The VITAL study, which stands for VITamin D and OmegA-3 TriaL (VITAL), followed more than 25,000 people for five years to see if 1 gram of fish oil (providing 840 mg EPA+DHA; Lovaza, GSK) or 2000 IU of vitamin D3 (generic cholecalciferol) could reduce the risk of developing cancer, heart disease, and stroke in people who do not have a prior history of these illnesses. VITAL is the largest and most ethnically diverse omega-3 prevention trial ever conducted.

Lovaza differs from Amarin’s Vascepa because it contains both EPA and DHA. The EPA+DHA dose in VITAL (840 mg/day) was also a lot lower than the EPA dose in REDUCE-IT (4000 mg/day). Finally, VITAL differed from REDUCE-IT because the subjects were otherwise healthy and not being treated with statins.

Lovaza was the first FDA-approved omega-3 “drug” and Vascepa was the second. They have both been available by prescription for several years, but only for the treatment of “very high triglycerides.”

For VITAL, omega-3s EPA and DHA demonstrated no benefit for cancer outcomes compared to placebo. Further, it did not achieve the trial’s primary outcome of significantly reducing major cardiovascular events. However, GOED asserts the following results were statistically significant, providing long-awaited evidence that omega-3s do provide benefits for primary prevention of cardiovascular disease:

The results from these studies are positive for omega-3s and the reduction of cardiovascular-related issues, but one of the most important takeaways is that dose matters. As noted above, people in the VITAL study were taking <1 gram of EPA and DHA, and the REDUCE-IT participants were taking 4 grams of EPA only. The modest results of VITAL were still impressive considering the relatively low dose used. So one has to wonder if the results might have been more dramatic had the dose been higher, just like REDUCE-IT.

Dr. Bill Harris, a prominent omega-3 researcher, believes the most likely reason for the beneficial outcomes in REDUCE-IT was that the dose given probably increased the Omega-3 Index up to near or above the 8% target value, something that other trials using lower doses have not done. The exception is the JELIS study where the average Omega-3 Index was above 8% to begin with, and only went higher with 1.8 g of EPA.

A 2018 Cochrane meta-analysis and many studies prior have also highlighted the issue of dose when it comes to omega-3s. The doses of EPA and DHA typically used in these studies are unlikely to produce a cardio-protective omega-3 blood level, which would be 8% based on the Omega-3 Index. Most likely, the people in these studies reached an Omega-3 Index of about 6%, which is still 2 percentage points away from significantly reducing your cardiovascular disease risk.