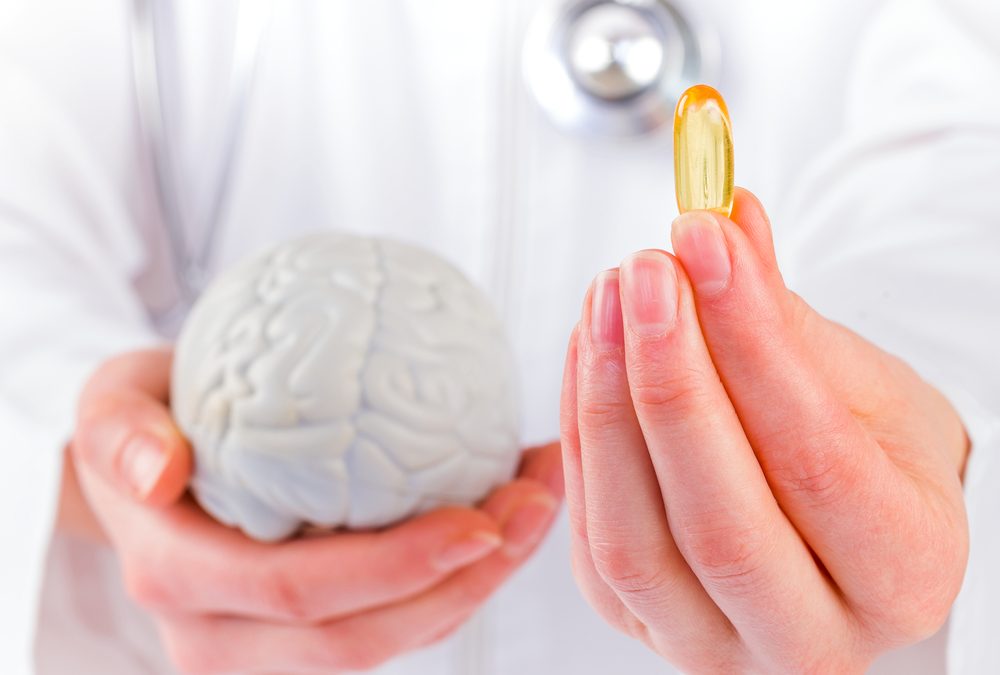 On September 9th, World Psychiatry published a meta-analysis of randomized controls trials using nutrient supplements as treatment for mental disorders in which they singled out omega-3s as being in the best position to support proper mental health. A week earlier, the International Society for Nutritional Psychiatry Research (ISNPR) released practice guidelines for omega-3s as adjunctive therapy for major depressive disorder.

These studies are welcome news for those struggling with mental illness and there are A LOT of you, hundreds of millions in fact.

A Sad State of Affairs

A year ago, the World Health Organization (WHO) estimated that about 450 million people are living with mental disorders, making these conditions the leading cause of illness and disability worldwide.

Depression alone affects more than 300 million people, and many millions of others suffer from issues like schizophrenia, bipolar disorder and anxiety. Approximately one person dies from suicide every 40 seconds, and it is currently the second leading cause of death among 15-29 year-olds globally. In the US, suicide is the leading cause of death.

INFOGRAPHIC: Anxiety is the Most Common Mental Illness in the US

And let’s not forget the millions of people who go undiagnosed, either because they can’t afford treatment, don’t recognize the signs of mental illness, or just don’t want to admit they are suffering.

The World Economic Forum (WEC) estimates that the direct and indirect costs of mental illness amount to over 4% of global GDP. This is more than the cost of cancer, diabetes and chronic respiratory disease combined. By 2030, WEC says, mental illness costs are expected to reach more than $6 trillion annually.

Given these shocking statistics, many experts agree that mental illness has become an epidemic. Although, there are some that disagree.

A January 2019 article published in The Guardian dismissed the idea of mental illness being an epidemic. “Another way to think of it is as a spectrum, a continuum that we all sit on. At one end is mental health, where we are thriving, fulfilled and at ease. In the middle reaches, people can be described as coping, surviving or struggling. At the far end sit the range of mental illnesses. Most us move back and forth along this line our entire lives,” the author said. “…to bust some myths: there is no global epidemic. It is not growing exponentially. It is not a disease of western capitalism.”

The article also points out that data on mental illness is “remarkably patchy” since it heavily relies on people self-reporting their feelings, which is “never the best foundation for accurate information.”

Whether you agree or disagree about the pervasiveness of mental illness, many of those who diagnose these conditions are struggling to find the best treatment options.

A new study published in World Psychiatry shines a bright light on how strong the connection is between diet and mental health. Here, researchers believe we all have the ability to control the foods that impact our mood. And if we can focus on the ones that deliver nutrients shown in research to benefit our mental health most, then we could be well on our way to preventing and even treating some of these disorders down the road.

There was some evidence to suggest that omega-3 supplements may also have small benefits for ADHD.

Lead author of the study, Dr Joseph Firth, Senior Research Fellow at NICM Health Research Institute, Western Sydney University and Honorary Research Fellow at The University of Manchester said the findings should be used to produce more evidence-based guidance on the usage of nutrient-based treatments for various mental health conditions.

“While there has been a longstanding interest in the use of nutrient supplements in the treatment of mental illness, the topic is often quite polarizing, and surrounded by either over-hyped claims or undue cynicism,” Dr Firth said.

“In this most recent research, we have brought together the data from dozens and dozens of clinical trials conducted all over the world, in over 10,000 individuals treated for mental illness.

“This mass of data has allowed us to investigate the benefits and safety of various different nutrients for mental health conditions – on a larger scale than what has ever been possible before.”

Senior author on the study, NICM Health Research Institute’s Professor Jerome Sarris said as the role of nutrition in mental health is becoming increasingly acknowledged, it was vital that an evidence-based approach be adopted.

“Future research should aim to determine which individuals might benefit most from evidence-based supplements and to better understand the underlying mechanisms so we can adopt a targeted approach to supplement use in mental health treatment.” Professor Sarris said.

Another study, published in Psychotherapy and Psychosomatics, evaluated the potential of omega-3s as adjunctive treatment for depression. In this case, a subcommittee of ISNPR organized an expert panel to develop a consensus-based practice guideline for the clinical use omega-3s in major depressive disorder (MDD).

The Omega-3 Index has deep roots in the heart health arena. But its role in brain health is at the forefront of current research. As there is an established Omega-3 level for heart health and pregnancy, there might one day be a specific cut point for mental health and cognitive function. There is definitely more to this story, so stay tuned.

VIDEO: Omega-3s Benefit the Heart and So Much More