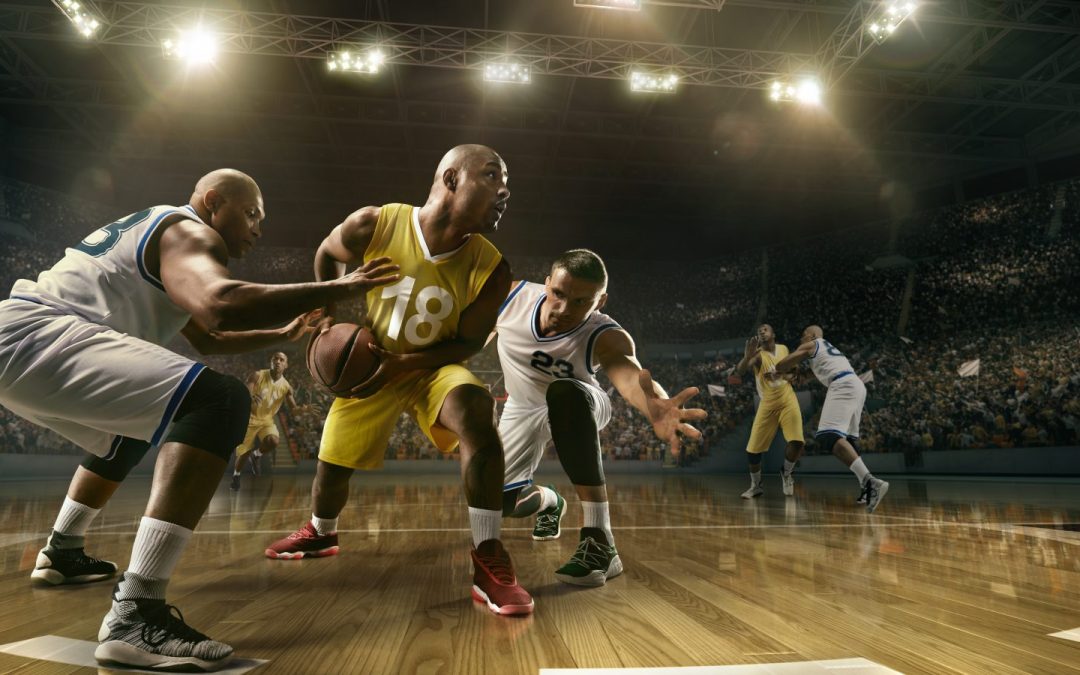 The effects of omega-3 fatty acids on health have been studied for decades. Only more recently has science begun to dig deeper to understand how Omega-3s influence not only the health of athletes but also their performance.

The limited number of studies assessing the Omega-3 Index of collegiate and elite athletes have found that Omega-3s are low in this population, and if consumed in adequate amounts, may benefit competitors in several ways. With these potential benefits becoming more known, the results of a recent study — the first of its kind — on NBA players are shocking and lead to some big questions. Why aren’t more athletes and teams talking about their players’ Omega-3 Index?

What is an Omega-3 Index anyway?

The Omega-3 Index is a measurement of the amount of the specific omega-3s called EPA (eicosapentaenoic acid) and DHA (docosahexaenoic acid) in the red blood cell membranes and is reported as a percentage. For example, if you have 64 fatty acids in a cell membrane and 4 are EPA and DHA, you will have an Omega-3 Index of 6.2%. You can alter your Omega-3 Index by altering your consumption of omega-3 fatty acids and the American Heart Association recommends eating two servings of fatty fish per week to achieve optimal intake.

Your Omega-3 Index can tell you a lot about your overall health. According to Harris et al., an Omega-3 Index below 4% is considered high risk for the development of cardiovascular disease, whereas between 4% and 8% is deemed intermediate risk, and higher than 8% is regarded as low risk. While the Omega-3 Index recommendations for health have been confirmed repeatedly, further research is needed to establish performance-specific recommendations, considering the physiological demands of elite, collegiate, and professional athletes.

Compared to other omega-3 testing methods, the Omega-3 Index from OmegaQuant requires a minimal amount of blood (a finger prick that can be done at home), has low biological variability, reflects long-term Omega-3 intake (so it does not have to be taken fasted), and corresponds with omega-3 levels in a variety of tissues. These attributes make this assessment ideal for personal use, or large groups like athletic or tactical teams. If you would like to learn more about the Omega-3 Index, check out this article.

Work examining the omega-3 status of athletes has been chiefly done in collegiate and elite participants and has shown an average Omega-3 Index ranging between 4.4 – 4.9%. Yet, research on professional athletes is extremely limited (or non-existent, until now). Professional basketball is characterized by a rigorous schedule, lots of travel, and minimal rest time in between games. In this study, Davis et al. set out to understand if low Omega-3 Index levels are also prevalent in professional basketball players, assess their dietary intake of foods high in omega-3s, and better understand the potential need for intake alterations to enhance athlete health and performance.

Why Does O3i Matter for Athletes?

In addition to the overall health benefits well documented in all populations, such as the decreased risk of cardiovascular disease and age-related cognitive decline, Omega-3s may also support athletic performance by:

Similar to the findings in the NBA Basketball study, others have reported that collegiate athletes are not consuming enough Omega-3s to reap their protective benefits. One study found that in over 1500 NCAA Division 1 athletes that only 39% were consuming the recommended two or more servings of fish weekly.

This low intake was evident in their Omega-3 Index scores, with 38% landing in the high-risk category (below 4%), 62% in the moderate risk category (between 4% and 8%), and 0% in the low-risk category (above 8%). Since those athletes who were consuming two servings of fish per week still did not achieve an Omega-3 Index above 8%, it’s plausible that athletes may have higher needs than the general public; but this has yet to be confirmed.

Omega-3 fatty acids DHA and EPA are found mainly in seafood, particularly cold-water fatty fish such as salmon, mackerel, tuna, herring, and sardines, as well as marine algae. EPA and DHA must be obtained through food because the human body cannot (or is insufficient at) synthesizing them.

The World Health Organization recommends a minimum intake of 200-250 mg combined EPA and DHA per day for adults. However, the Academy of Nutrition and Dietetics, the United Kingdom Scientific Advisory Committee, and the Global Organization for EPA and DHA (GOED) recommend a slightly higher daily intake of 250-500 mg of combined EPA and DHA. Although guidelines can be achieved with two 3.5 – 4-ounce servings of fatty fish per week, ­­a 2019 paper published by OmegaQuant’s Dr. Kristina Harris Jackson found that those who ate fish three times a week were the most likely to hit the target Omega-3 Index of 8% or higher.

While intake is a massive factor for Omega-3 Index levels, some other factors have been found to modify omega-3 blood concentration levels, including age, medication use, and smoking. Endurance training should also be considered as it’s known to alter skeletal muscle membrane composition, increasing DHA content, which may mean endurance athletes require higher intake to meet reach an optimal Omega-3 Index. Therefore, dietary requirements for athletes may differ and should be assessed regularly.

Is Omega-3 Supplementation an Option?

Thanks to a 2019 NCAA legislation change that reclassified omega-3 supplements as permissible for athletic departments to purchase and provide to athletes, supplementation is an option. However, it’s important to remember a few things. First, this legislation applies only to NCAA Division 1 universities. If you are a collegiate athlete in another division or association, it’s essential to understand your specific rules and regulations. The same goes for professional and Olympic athletes. Look up your individual guidelines to be sure you are playing within the rules.

Secondly, it’s crucial to ensure the supplements you choose provide the amount of DHA and EPA you need to optimize your Omega-3 Index and that they are clean and free of other banned substances. The best way to learn how much DHA and EPA you need is to use an omega-3 calculator (a free one can be found here). The easiest way to ensure your supplements are safe and free of banned substances is to find out if they are NSF certified. Learn more about NSF’s Certified for Sport program here.

Has the Omega-3 Index Been Studied in Other Types of Athletes?

While more research is needed for professional athletes, it’s clear that omega-3s offer benefits for a wide variety of competitors. Aside from the studies already discussed in football and basketball athletes, research has been conducted in other sports as well.

A 2019 article published on runners found a gradual decrease of the Omega-3 Index with higher weekly running distance in a dose-response manner, suggesting that omega-3 needs may increase as running volume does. While more research on how omega-3s influence running needs to be done, one can assume that they are likely to support runner health and performance per the health benefits already discussed in this blog. If you want to learn more about how Omega-3s might improve your run, check out this article.

Additionally, some changes observed with omega-3 supplementation in soccer athletes have included an increase in anaerobic endurance capacity, improved peripheral neuromuscular function, and reaction time. Omega-3s have also been found to lower oxygen cost and improve cycling economy during intense exercise in trained cyclists. Limited research in rugby players and paddlers also concluded that omega-3s could help protect against inflammation and oxidative damage that naturally occurs with intense exercise.

Although Omega-3s can benefit athletes’ health and performance, collegiate and professional athletes do not appear to be meeting their dietary omega-3 intake needs. It would be wise for more athletes and teams to start talking more about omega-3s and assess the Omega-3 Index  regularly in order to course-correct and optimize the health and performance of athletes of all ages.