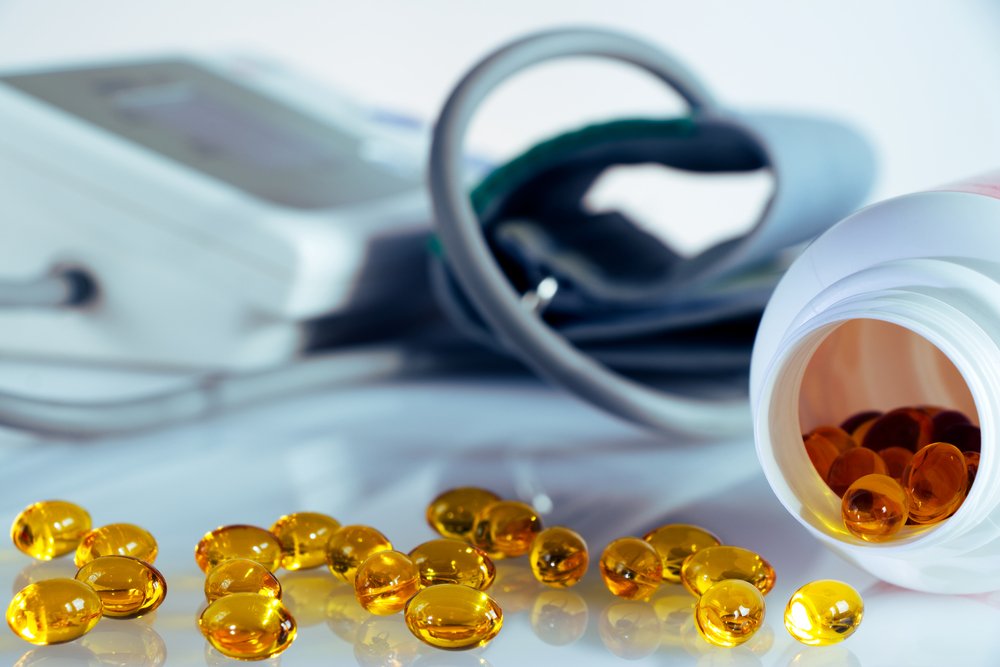 That’s an important addition to the scientific literature on omega-3s for people with blood pressure concerns for two reasons.

First, according to statistics, a whopping 116 million—or nearly half—of American adults have hypertension, a condition identified by a systolic blood pressure (that’s the top number in a reading) greater than 130 mm Hg or a diastolic blood pressure above 80 mm Hg. Further, only 24% of those adults with that condition manage to keep it under control. If you have hypertension, you’re at risk for heart disease and stroke, two of the leading causes of death in the U.S.

Second, while some scientific research supports the potential benefits of omega-3 EPA and DHA in lowering blood pressure to help reduce the risk of hypertension and coronary heart disease, the body of research is inconsistent in this area. This latest meta-analysis adds a layered nuance, which provides a vital guidepost for designing future research on the topic. In other words, when it comes to omega-3s lowering blood pressure, this study reinforces that the dose may make the difference.

However, before we dig into the details of this new meta-analysis, let’s first take a look at some previous scientific research that has shown that omega-3 fatty acids can be an important tool, whether through food or nutritional supplements (or both), in maintaining healthy blood pressure.

Without getting too much into the weeds, a “qualified” health claim allows companies to share a statement on product labels, packaging or marketing materials that associates a nutrient with a condition—in this case linking EPA and DHA omega-3s to a reduction in blood pressure—but with qualifiers about the evidence being inconsistent and inconclusive. Read more here.

BLOG: New Research: Omega-3s and B Vitamins – Better Together for the Heart

We’re almost getting to the new meta-analysis, but first we wanted to share an older, but still important, meta-analysis published in the American Journal of Hypertension in 2014. This broad-based review included 70 randomized controlled trials (RCTs)—quite an impressive number—in adults 18+ in its analysis. The researchers eliminated other RCTs (even those that may have shown benefit) in cases where: the study population was not representative of the general adult population (e.g., pregnant women, adults with pre-existing cardiovascular disease, and others); hypertensive subjects treated with blood pressure-lowering medications; studies where the amount of EPA and DHA was not determined; and other exclusionary criteria.

According to the study authors, when it came to lowering blood pressure, the results of their analysis found EPA + DHA to be as effective (and in some cases more effective) in people not being treated with medication for their hypertension compared to lifestyle changes, such as increasing physical activity and restricting alcohol and sodium intake. These results, said the scientists, were consistent with findings from earlier meta-analyses.

What Does the New Study Say About Omega-3 and Blood Pressure?

Let’s start with the bottom line. This new systematic review and meta-analysis, published in June 2022 in the JAHA, identified an optimal dose-response of about 3 grams daily of omega-3 EPA and DHA fatty acids for lowering blood pressure.

The researchers pooled results of 71 clinical trials from 1987 to 2020 that looked at the relationship between blood pressure and omega-3 fatty acids EPA and DHA (combined or individually) in adults 18+ worldwide, with or without high blood pressure or cholesterol disorders. The ages ranged from 22 to 86 years with participants consuming sources of fatty acids for 10 weeks on average. In total, nearly 5,000 participants were included.

Here’s what the authors discovered. Those who consumed between 2 and 3 grams daily of both EPA and DHA omega-3 fatty acids (whether from supplements, food or a combination) saw an average modest reduction of 2 mm Hg in systolic and diastolic blood pressure.

The results were even better at 5 grams daily of omega-3s, where systolic blood pressure was reduced an average of nearly 4 mm Hg for those with hypertension compared to less than 1 mm Hg on average decline for those without the condition.

The authors also observed that consuming higher amounts of omega-3 fatty acids may be beneficial for people at high risk for developing cardiovascular disease, but more research is needed.

BLOG: Those in Early Stages of Atherosclerosis Have a Low Omega-3 Index

Putting the dose into context, the authors noted that about 4 to 5 ounces of Atlantic salmon provide 3 grams of omega-3 fatty acids, while a typical fish oil supplement provides about 300 mg of the nutrient per pill, but the “doses vary widely,” said the study authors.

The American Heart Association recommends eating two servings (3-4 ounces cooked) of fish per week (particularly fatty fish such as salmon) as part of a heart-healthy diet.

The authors also observed that fish oil supplements may be an alternative for those who can’t eat fatty fish regularly, and that plant-based algae supplements with EPA and DHA fatty acids are also an option. (Taking omega-3 supplements in the high dose range should be done in consultation with a healthcare practitioner.)

VIDEO: How Can You Change Your Omega-3 Index?

What About the Omega-3 Index and Blood Pressure?

There’s another relevant study to look at when it comes to omega-3 fatty acids and blood pressure. Published in 2018 in the Journal of Hypertension, this study concluded that a high Omega-3 Index—a test that measures the amount of EPA and DHA in your blood—is inversely related to blood pressure levels in healthy young adults.

The study evaluated 2036 healthy young adults between the ages of 25 and 41. Anyone with cardiovascular disease, known diabetes or a body mass index (BMI) higher than 35 kg/m was excluded. The average Omega-3 Index was 4.58%. An ideal Omega-3 Index is 8% or higher.

There are so many potential benefits of omega-3s EPA and DHA. Regularly testing to determine your Omega-3 Index can play a role in maintaining healthy blood pressure, among other things. We know the optimal Omega-3 Index to access omega-3 benefits is 8% or higher; we also know that way too many people are falling below that ideal number.

Once you know your number, simple steps can be taken to help you increase (or maintain if you’re already in the right range) your Omega-3 Index. Here at OmegaQuant, we offer three different Omega-3 Index tests: basic, plus, and complete.