New Research Shows Most Athletes Have a Low Omega-3 Index 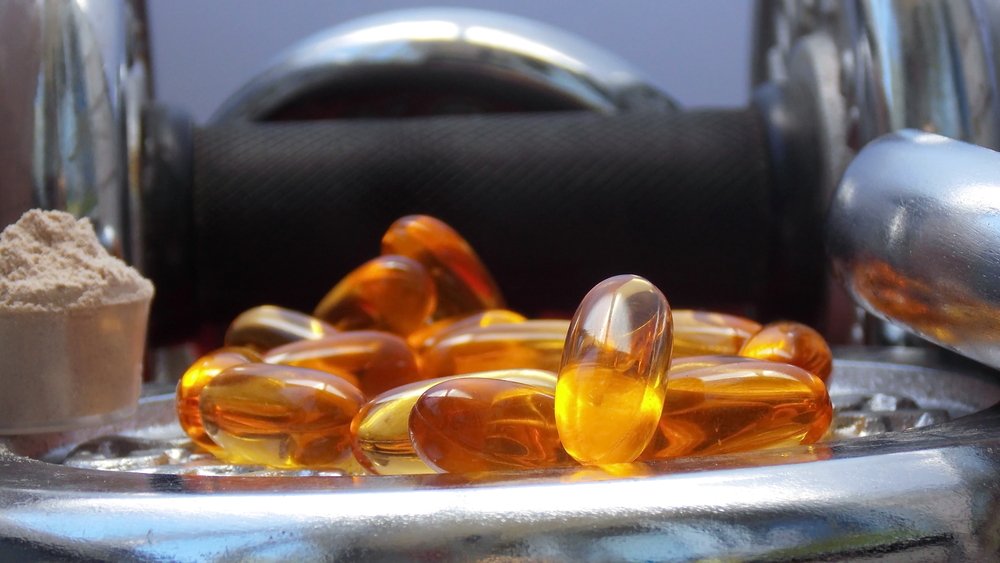 Researchers are interested in the omega-3 fatty acid status of athletes, in particular NCAA Division 1 athletes who play a wide range of sports, from football to golf to swimming. So they conducted a survey to learn more about their diet, while also testing their blood levels of the omega-3s EPA and DHA via an Omega-3 Index test.

Published in the April 29th edition of PLOS One, researchers found that most athletes the studied fell short of the recommended 500 mg/day intake of omega-3s, according to the Academy of Nutrition and Dietetics. In addition, all of those who submitted blood samples had subpar Omega-3 Index levels.

About the Athletes in this Study

In total, 1528 student athletes completed a food frequency questionnaire, which asked about their dietary intake of omega-3s in addition to their supplementation habits. Roughly 300 of these participants also took an Omega-3 Index test.

Male and female athletes who were over the age of 18 and on a current roster for any NCAA Division I sport at any of the participating institutions were eligible to participate.

As mentioned previously, each study participant completed a food frequency questionnaire, which, in relation to omega-3s, captured the frequency of consumption and average portion size for an extensive list of sources, such as fish, shellfish, walnuts, canola oil, flaxseed, flaxseed oil, and cod liver oil. For those who noted that they take supplements, information about brand, form, dosage and frequency taken was requested.

To date, research has consistently shown that an Omega-3 Index between 8% and 12% is linked to better health outcomes for general wellness, as well as for the heart, brain, eyes, and joints. However, most people globally have an Omega-3 Index below 8%, including the athletes in this study.

What the Study Found

About 40% of the study participants met the recommendation to consume two or more fish servings weekly. Salmon and shrimp were the only EPA and DHA sources reported to be consumed by more than half of the participants. Sources of ALA — a short chain fatty acid — included canola oil (85%), walnuts (54%), chia (44%), flax or flax oil (35%), and cod liver oil (3%).

Only about 20% of the study participants went a step further by taking an Omega-3 Index test. Of those, the average Omega-3 Index was 4.3%, with no athletes reaching the ideal target of 8%.

In their paper, the study authors discussed why they decided to use the Omega-3 Index vs. other methods. “The Omega-3 Index requires a minimum amount of blood (i.e., finger stick blood sample), has a low biological variability, is less affected by acute feedings to better reflect long-term omega-3 fatty acid status, and has been shown to correspond with omega-3 fatty acid concentrations in the heart, brain, and a variety of other tissues,” they said.

Each additional serving of seafood was associated with an Omega-3 Index increase of 0.27% Additionally, those who reported taking omega-3 supplements had a significantly higher Omega-3 Index compared with those not taking supplements (4.7 vs. 3.7%, respectively). Participants who met the Academy of Nutrition and Dietetics’ recommendation of 500 mg EPA + DHA per day had a higher Omega-3 Index compared to those who consumed less than the daily 500 mg EPA + DHA recommendation (5.4% vs. 4.3%).

INFOGRAPHIC: 9 Out of 10 People Don’t Get Enough of the Right Omega-3s to Protect Their Health

According to the study authors, these findings may inform interventions aimed at improving omega-3 fatty acid status of collegiate athletes. However, they said further research on athlete-specific omega-3 fatty acid requirements is needed.

Why Studying Omega-3 Status in Athletes is So Important

Prior to 2019, the NCAA classified omega-3 supplements as “impermissible,” which prevented athletic departments from purchasing such supplements for athletes unless prescribed by a team physician. However, advocacy from several institutions facilitated a 2019 NCAA legislation change, reclassifying these types of supplements as permissible for athletic departments to purchase and provide for athletes. As a result of this rule change, interest in and availability of omega-3 supplements has risen, according to the study’s authors.

However, in order to better inform recommendations and ultimately nutrition interventions, these researchers (and many others) believe a better understanding of athletes’ omega-3 status is needed, which is the chief reason why this latest study was conducted.

For the future, these study authors believe more research is needed to establish athlete-specific recommendations, taking into consideration the physiological implications of advanced levels of training on metabolism and the inflammatory response. Additional research is also needed to identify an intake of omega-3s most effective for neuroprotection and brain health.

No participant in the current study, including those who consumed fish or seafood twice or more per week, had an Omega-3 Index of 8%, the level associated with lowest cardiovascular disease risk. Thus, these study authors believe achieving optimal omega-3 status through diet alone might be difficult and it is plausible that athletes may actually have higher needs than the general population. Therefore, they say the use of omega-3 supplements is reasonable strategy for improving omega-3 status, and has been discussed as a potentially helpful nutritional tool for athletes.

Harry Rice, PhD, VP of Regulatory & Scientific Affairs for the Global Organization for EPA and DHA Omega-3s (GOED), was quoted in a recent Nutraingredients USA article that covered this study, saying that these results not only have implications for several different types of athletes, but also children who start playing some of these sports at a young age.

Dr. Rice went on to say that the recognition of omega-3s by the NCAA is not only important for college athletes, but it has the added benefit of potentially influencing the level of awareness and attitudes of parents of children participating in concussive sports. “One could argue that it’s even more important to ensure that younger athletes, with their developing brains, have adequate omega-3 stores,” he commented.

The Connection Between the Omega-3 Index and Runners

Last April, researchers published a study looking at runners and how much they run, and then compared that to changes in their Omega-3 Index and AA/EPA ratio.

These associations, researchers believe, suggest that prolonged running activity may negatively influence someone’s fatty acid profile. Therefore, they think future studies could assess whether regular or high intake of omega-3 rich foods may be effective to counteract the effects of running and other endurance activities on fatty acid status. However, further large-scale cohort studies will be needed to confirm the influence of running activity on the Omega-3 Index and AA/EPA ratio.