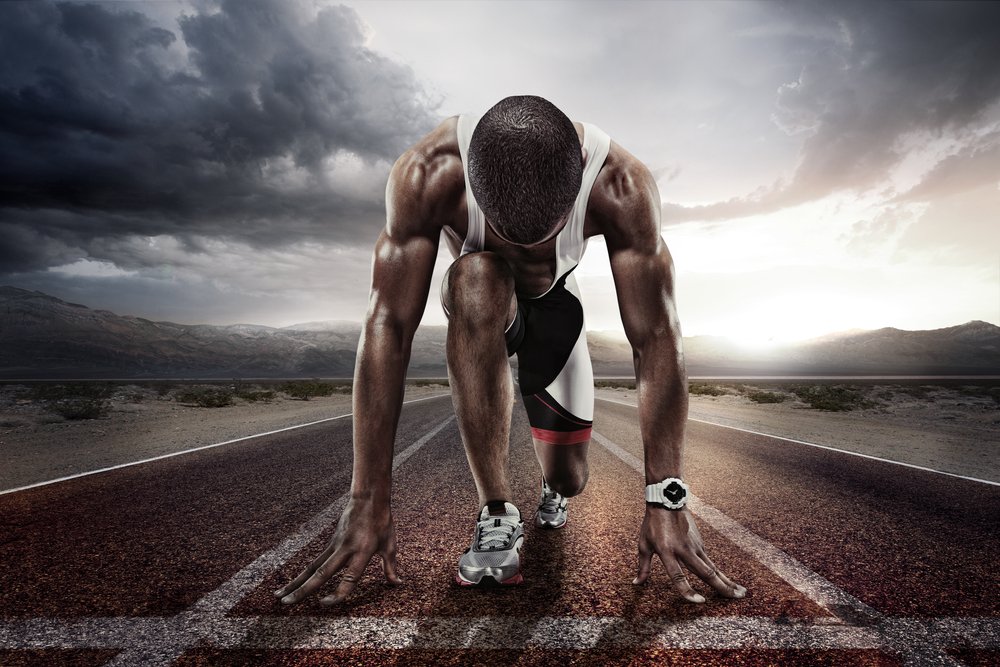 New research from investigators at Texas Christian University (TCU) shows that omega-3 supplementation can improve physiological markers of omega-3 status in Track & Field and Cross Country athletes, when omega-3s were delivered in a specialized protein drink or in capsules.

Typical Track & Field and Cross Country athletes require a high level of training, which in turn increases their energy, dietary and nutritional needs, and omega-3s are no exception.

A systematic review published in 2020 showed that omega-3 supplements demonstrated broadly positive effects for athletes in the areas of cognition, heart health, muscle recovery, and immunity. Unfortunately many athletes, like most people around the globe, don’t get enough omega-3s to reach a protective Omega-3 Index of 8% or higher. In fact, most athletes fall well below the 8% target.

Prior research has found that athletes in general have a low Omega-3 Index, which can put them at higher risk of injury, including brain and cardiovascular challenges. For runners specifically, a 2019 study showed that their Omega-3 Index went down the longer and harder they ran, leading researchers to suggest that future studies assess whether regular or high intakes of omega-3 rich foods might be an effective way to counteract the effects of running and other endurance activities on fatty acid status.

Let’s talk in more detail about the makeup of Track & Field and Cross Country athletes.

Whether it’s on the high school Track & Field and/or Cross Country team or the world stage of the Olympics, these athletes often spend a lot of time preparing their bodies prior to competition, mentally, physically and nutritionally. Chances are months and maybe even years have gone into training for their big event, which could be over in a matter of seconds.

Track & Field athletes compete in a variety of events that involve running, jumping or throwing. And many compete in more than one event during competition, which all require a combination of power, strength, speed, and endurance.

The “Track” events mainly include a variety of distance running, such as the 100-meter dash, 3200-meter run, or 1600-meter relay. The “Field” events include activities like the long jump, pole vault, hurdles, shot put, and discus.

What about cross country athletes? These athletes typically take part in races that range from 2.5-7.5 miles in length over natural terrain like grass and dirt. They, too, have significant physical and nutritional requirements during training and competition.

So what type of training do these athletes undertake and how do they nutritionally prepare their bodies for competitions?

For all athletes the training is just as important as the recovery, including those who participate in track and cross country events.

For track runners, interval training is popular because it helps build speed, power, and endurance. A typical interval will consist of a period of intense running and a period of recovery, which in this case would amount to a jog. One way to practice interval training is to sprint 1 straightway and 1 curve of the track oval and then jog the remaining straightaway and curve.

The recovery part is particularly important because, as this article points out, if you don’t recover long enough, you’ll be resisting fatigue the entire workout instead of building speed and power. The article further suggests a recovery between two to three minutes for the 100- and 200-meter runs, and between four and five minutes for 400-meter efforts.

For Cross Country runners, training is a little different since the terrain is much more variable compared to a flat track. The biggest difference between track and track runners is pace vs. effort. Cross Country runners have to navigate a variety of terrain, so setting a “steady pace” doesn’t make sense given their context, which is why “effort” is key.

This article explains that basic training typically involves long runs, tempo work, and long and short intervals interspersed with maintenance and recovery runs. This should also take into account terrain changes like hills, obstacles, and sharp turns, as well as different surface areas like grass, dirt, or woodchip trails.

For “Field” athletes, there are more specific workouts involved based on a specific event, but they all generally drift toward a combination of strength and coordination training. Here most experts suggest repetition — consistency is key.

According to this track coach, he believes Track & Field athletes should lift, but mostly for technical perfection and in low volumes. In other words, strength training is merely seen as complimentary to an athlete’s focus on perfecting the events they compete in.

Besides intense training, track athletes are encouraged to maintain a healthy diet, with most experts suggesting they eat “clean,” although “clean” means different things to different people. This includes but is not limited to foods like lean meats, plenty of veggies, whole grains, some fruit and possibly some specific nutrient supplements to make up for any shortfalls.

On the Olympic level, runners will have different dietary needs based on their event. For example, long distance runners need 5000-10000 calories if you’re a male and 4000-6000 if you are a female. This article says marathon runners eat a high-carb diet, particularly during training sessions leading up to a race, and on the day of the race, to make sure they have enough energy to keep them going for long distances. Also known as carb-loading, an athlete would eat a higher percentage of carbs three days before a race and then a normal portion the night before.

This is different from a sprinter, however, whose main goal is harnessing short bursts of power and therefore doesn’t need as many calories as the marathoner.

The typical Track & Field athlete expends a lot of calories, so they need to make sure they are constantly supplying their bodies with the right type and amount of carbohydrates, protein and fat they need. But each athlete’s more specific needs are dictated by the types of events they participate in.

As for supplements, this research published in 2009 said about 85% of Track & Field athletes use supplements. The amount of variety of supplement options has widened over the last decade to include omega-3 fatty acids for the role the play in brain and heart health, as well as enhanced performance and recovery from issues like muscle soreness.

In the same study, researchers found that the average eicosapentaenoic acid (EPA) + docosahexaenoic acid (DHA) intake was less than 160 mg per day, which is far below the Academy of Nutrition and Dietetics recommendation of 500 mg/day for adults.

“As there are no established guidelines in collegiate athletes, speculation exists that suggests between 2-4 grams of EPA/DHA per day is needed in this population, similar to what is recommended to reduce cardiovascular risks,” study researchers said. “Therefore, current dietary recommendations for omega-3 may be insufficient without supplementation.”

In 2019, the National Collegiate Athletic Associate (NCAA) approved the use of omega-3 supplements among athletes, officially stating: “An institution may provide permissible nutritional supplements to a student-athlete for the purpose of providing calories and electrolytes. Permissible nutritional supplements do not contain any NCAA banned substances and are identified according to the following classes: carbohydrate/electrolyte drinks, energy bars, carbohydrate boosters, protein supplements, omega-3 fatty acids, and vitamins and minerals.”

Although this is welcome news, there are still some barriers to consumption of omega-3 fatty acids among athletes, especially taste. To get around these, Enhanced Recovery was born. Seeking to marry a high protein drink with omega-3s EPA and DHA, a new study measured the likeability and compliance of this product among two dozen Track & Field Athletes and Cross Country athletes. It also included Omega-3 Index testing for both groups — the group taking omega-3s in the protein drink and those taking only omega-3 capsules. The hypothesis was that the Omega-3 Index would be higher in the protein drink group due to better compliance.

For this crossover trial, the protocol consisted of a baseline visit prior to supplementation, a 45-day supplementation period with visits every 2 weeks for 6 weeks each, and a 33- to 36-day washout period between treatments.

Originally there were 34 participants enrolled in the study, but six electively dropped out or were excluded because of concurrent omega-3 supplement use. As a result, there were 25 participants (15 male and 10 female) that completed the study. In order to be eligible for the study, students needed to be D1 track and field or cross country athletes between the ages of 18 and 25 and willing to maintain training and nutrition regimens during the time of inclusion.

In other developments, researchers found that those studied had a greater preference for the omega-3 + protein drink compared to traditional supplementation, mainly due to the likability, ease of consumption and perceived effectiveness of the drink. “Thus, the results of this study demonstrate that consistent omega-3 supplementation with the support of omega-3 rich foods intake may improve omega-3 status, but that supplement compliance depends on several factors which appear to favor the omega-3 + protein drink,” the said in their study paper.

At the start of the study, most athletes were classified as having a high (below 4% Omega-3 Index) or intermediate risk (between 4-6% Omega-3 Index). By week six, 72% of the athletes studied achieved a low-risk classification (Omega-3 Index of nearly 8% or higher). After four weeks of abstention during washout, all athletes returned to “intermediate” risk, which suggested the importance of continued supplementation despite rapid improvements.

In conclusion, the study authors said: “Both supplements improved omega-3 status but should be supported by dietary intake of omega-3 rich foods (like salmon or other fatty fish sources) and consistent compliance. To boost adherence, athletes should be offered a variety of choices for omega-3 supplementation, and taste tests/trial periods may help adequately assess individual preference and avoid noncompliance.”

VIDEO: How much fish should you eat to reach an optimal Omega-3 Index?