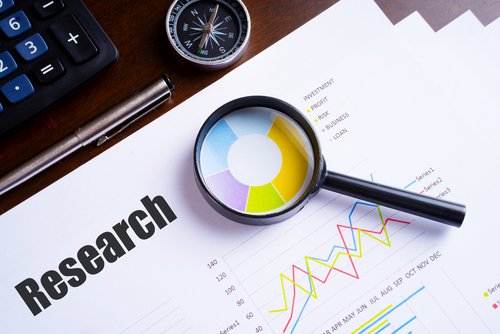 New research published in March shows that people who suffer from peripheral artery disease (PAD) might not be getting enough omega-3s from their diet. According to the researchers, simply getting enough of the right omega-3s, namely EPA and DHA, as determined by your Omega-3 Index, will go a long way toward reducing your risk.

We’ll discuss these clinical study details shortly, but first let’s talk about what PAD is and who is most at risk.

Also, referred to as intermittent claudication, the pain caused by PAD is the muscle’s way of communicating that it is not getting enough blood flow during exercise.

The Mayo Clinic describes it as cramping in one or both of your hips, thighs or calf muscles after certain activities like walking or climbing stairs. There can also be some leg numbness or even coldness in your lower leg or foot when compared to the other side. Some of the other symptoms include:

Who is most at risk? PAD mostly shows up as you age, particularly in those 65 and over. This is when blood vessels and arteries become more vulnerable due to the aging process. In fact, nearly one-third of patients aged 70 and older suffer from PAD that can significantly impact quality of life and longevity.

If there are other issues like smoking or diabetes, then PAD might show up a little earlier, say around age 50. The Mayo Clinic provides a full list of risk factors that you should consider if you think you have PAD or could develop it:

According to the American Heart Association, more than 8.5 million American adults are affected by PAD, yet many people don’t know they have it. The National Heart, Lung, and Blood Institute believes this might be because plaque buildup in the legs does not always cause symptoms. Furthermore, people who do experience symptoms, such as pain or cramping in the legs, often do not report them, believing they are a natural part of aging or due to another cause.

The reason it is so important to properly diagnose PAD is because it can lead to further pain and potentially the loss of a leg. If you have PAD, you are also at higher risk for coronary artery disease, heart attack and stroke.

To minimize your risk for PAD, there are steps organizations like the CDC recommend, such as:

Perhaps another step to add to this list is taking a simple Omega-3 Index test. Recent research indicates that this might be a next logical step in assessing your risk for PAD and taking steps to prevent this disease.

How Can Omega-3s Help Prevent PAD?

Earlier research has also shown that people who consume large amounts of omega-3s have lower odds of developing PAD. However, actual clinical studies assessing the omega-3 blood levels (i.e. Omega-3 Index) of people who have PAD are sparse, which is what motivated researchers in this most recent study.

VIDEO: The Downside of a Low Omega-3 Index

Published in the March 18th edition of Lipids, the study showed that people who have PAD have a lower Omega-3 Index compared to those who don’t have the disease.

Because PAD is essentially atherosclerosis of the leg arteries, researchers in this study believe that patients with PAD may have an omega-3 fatty acid deficiency.

“It is likely that the lower inflammatory burden associated with a higher Omega-3 Index may be part of the explanation for these results,” said Bill Harris, Ph.D., one of the study’s authors. “Whether long-term use of omega-3 supplements and/or increased consumption of oily fish could prevent the development of PAD should be examined in future studies.”

BLOG: Do Omega-3s Thin the Blood?

A 2013 study came to a similar conclusion: “Because patients with PAD have a high inflammatory burden, further studies should be conducted to determine if manipulation of Omega-3 Index via dietary changes or fish oil supplementation could improve inflammation and symptoms in these patients.”

For this particular study, researchers hypothesized that the omega-3 EPA and DHA content of red blood cells would be correlated with biomarkers of inflammation and vascular function in a cohort of 64 subjects who presented to an outpatient vascular surgery clinic for evaluation of PAD.

The mean Omega-3 Index for this group was 5.0%. In an unadjusted model, the Omega-3 Index was negatively associated with CRP (38% increase in CRP for one standard deviation decrease in the Omega-3 Index) which remained significant after adjustment for age, body-mass index, and smoking.

The researchers found that the Omega-3 Index was inversely associated with biomarkers of inflammation.