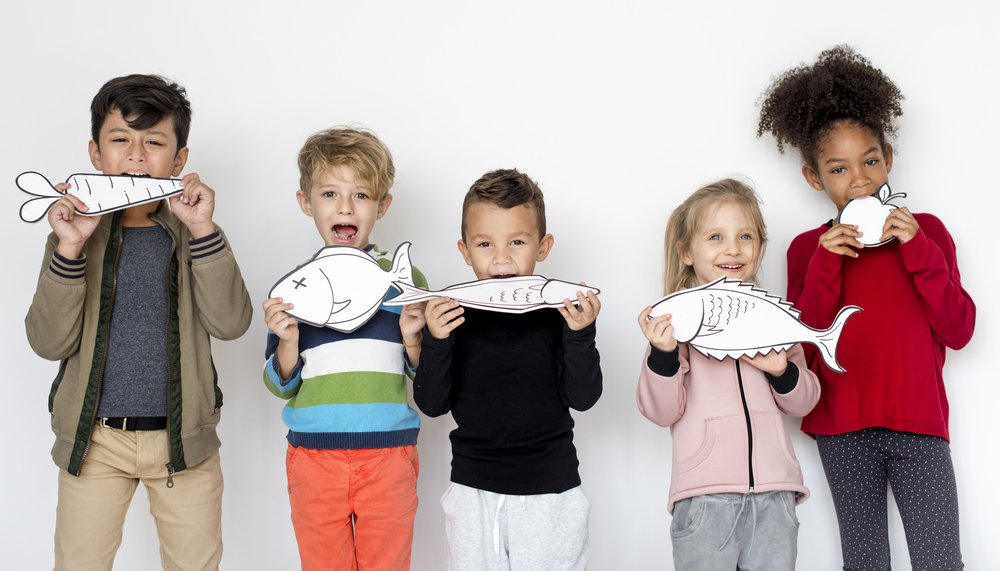 The reason they conducted this review is that the number of seafood consumption studies in the peer reviewed literature has increased substantially in the past several years to the point where a new assessment of that evidence was highly warranted.

According to the Seafood Nutrition Partnership, the scientists that formed this technical expert committee addressed two questions posed by the 2020 Dietary Guidelines Advisory Committee (DGAC), and utilized the USDA’s Nutrition Evidence Systematic Review to evaluate the science following the DGAC prescribed review process.

The 2020 DGAC is actually considering a variety of questions across a wide range of diet and health issues in preparation for the next generation of Guidelines. Two of the questions that were of particular interest to this technical expert committee included:

In order to provide a published, peer-reviewed resource regarding these questions for the Advisory Committee’s consideration, a technical expert committee was organized to summarize and evaluate all the evidence on these two questions from current medical literature.

After reviewing 45 publications on 102,944 mother-offspring pairs and on 16,446 children/adolescents the committee drew up the following two conclusion statements.

“Moderate and consistent evidence indicates that consumption of a wide range of amounts and types of commercially available seafood during pregnancy is associated with improved neurocognitive development of offspring as compared to eating no seafood. Overall, benefits to neurocognitive development began at the lowest amounts of seafood consumed (~4 oz/wk) and continued through the highest amounts, above 12 oz/wk, some range up to >100 oz/wk.”

“Moderate and consistent evidence indicates that consumption of >4 oz/wk and likely >12 oz/wk of seafood during childhood has beneficial associations with a wide spectrum of neurocognitive outcomes.”

One of the most significant outcomes of this systematic review is the absence of evidence for any net adverse effects of seafood on neurocognitive development even at the highest levels of intake. The authors found no evidence to support an upper limit of 12 oz/wk of commercial seafood (i.e., evidence that exceeding this intake was associated with harm). Three of the studies provide evidence that consuming between 12 and 20 oz/wk amounts provide maximum benefits.

BLOG: You Might Know More About Omega-3 DHA & Pregnancy Than Your OB/GYN

Higher mercury levels were associated with benefits to neurocognitive outcomes in seven studies with 45,957 mother infant pairs, likely indicating greater seafood consumption. In other words, on balance any potential adverse effects of mercury in seafood (which is still controversial) are more than overcome by the beneficial effects of all the other nutritional components of seafood.

These findings are not consonant with the current FDA/EPA guidance which is, “Women who are pregnant or breastfeeding should consume between 8 and 12 ounces of a variety of seafood per week, from choices that are lower in mercury content.”

Instead, the current evidence summarized in this publication would be more consistent with a recommendation such as:

“Women who are pregnant or breastfeeding should consume at least 8 ounces per week of a variety of types of seafood regardless of their mercury content in order to improve the cognitive development of their children.”

While the systematic reviews mentioned at the beginning of this blog focused on seafood as a whole food and not omega-3s in isolation, another study published in November in Cerebral Cortex showed that these important fatty acids have a beneficial impact on brain volume in infants.

In this study, researchers found that increased maternal intake of omega-3 fatty acids was positively correlated with increased infant brain voxel volumes predominantly in the frontal lobes and corpus callosum in term infants. To that end, they believe providing mothers with supplemental omega-3 fatty acids might positively influence development in these brain regions.

However, they say future studies are needed to determine if these volumetric differences are associated with differences in neurodevelopmental outcomes. In addition, future studies that include more diverse socioeconomic and ethnic groups are needed to elucidate the relative contributions of, and interactions between, nutrition and non- nutritional factors in infant neurodevelopment.

Omega-3s Work as Well, If Not Better Than ADHD Meds

Researchers from King’s College London and China Medical University in Taichung, Taiwan, have found omega-3 fish oil supplements improve attention among children with Attention Deficit Hyperactivity Disorder (ADHD), but only among those with low levels of omega-3 in their blood.

The researchers say their results bring a personalized medicine approach to psychiatry by demonstrating that omega-3 only works for some children with ADHD. Previous research by the same group found that children with omega-3 deficiency are more likely to have more severe ADHD.

BLOG: Taking the “Prenatal DHA Initiative” to the Frontlines

In this randomized controlled trial, 92 children with ADHD aged 6-18 were given high doses of the omega-3 fatty acid EPA (1.2 grams) or a placebo for 12 weeks. The results are published in the journal Translational Psychiatry.

The researchers caution that parents should consult with medical professionals before opting to give their children omega-3 supplements. Omega-3 deficiency can be identified by the presence of dry and scaly skin, eczema, and dry eyes, and could be confirmed through a blood test like the one conducted in this study.

Previous studies have found inconsistent findings of omega-3 supplementation on ADHD symptoms, with overall effect sizes being relatively small. Standard treatments offered to parents whose children have ADHD include stimulants such as methylphenidate. The effect size of improvement in attention and vigilance from methylphenidate is 0.22-0.42. In comparison, the effect sizes in the trial of omega-3 supplementation for those children with low blood-levels of EPA were larger, at 0.89 for focused attention and 0.83 for vigilance.

Dr Jane Chang, co-lead researcher from the Institute of Psychiatry, Psychology & Neuroscience at King’s, said: “Our results suggest that fish oil supplements are at least as effective for attention as conventional pharmacological treatments among those children with ADHD who have omega-3 deficiency. On the other hand, it is possible to have too much of a good thing, and parents should always consult with their children’s psychiatrists since our study suggests there could be negative effects for some children.”

Professor Carmine Pariante, senior researcher from the Institute of Psychiatry, Psychology & Neuroscience at King’s, said: “The omega-3 supplements only worked in children that had lower levels of EPA in their blood, as if the intervention was replenishing a lack of this important nutrient. For those children with omega-3 deficiency, fish oil supplements could be a preferable option to standard stimulant treatments. Our study sets an important precedent for other nutritional interventions, and we can start bringing the benefits of ‘personalized psychiatry’ to children with ADHD.”

BLOG: Can Omega-3s Help with ADHD?

The study was carried out in Taiwan where diets often contain plenty of fish compared to diets in Europe and North America. Most studies of children with ADHD, conducted largely in Western countries, have shown average blood-levels of EPA that are lower than in the current study.

Professor Kuan-Pin Su, co-lead researcher from China Medical University in Taichung, Taiwan, said: ‘High blood-levels of EPA without using supplements can be achieved through a good diet with plenty of fish, which is common in some Asian countries like Taiwan and Japan. It is possible that EPA deficiency is more common among children with ADHD in countries with less fish consumption, such as in North America and many countries in Europe, and that fish oil supplementation could therefore have more widespread benefits for treating the condition than in our study.”